There's Chinoiserie and then there's Marc Jacobs' interpretation of it, which is what we saw at the LV show 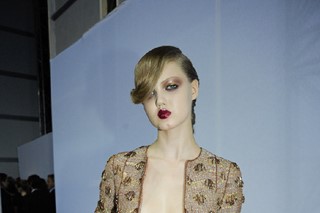 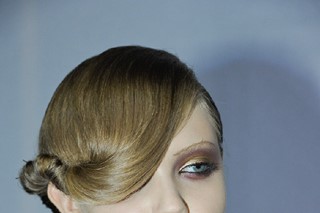 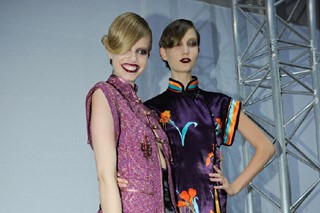 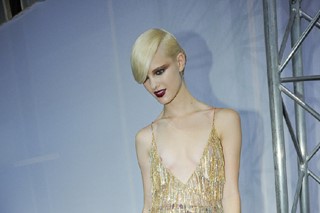 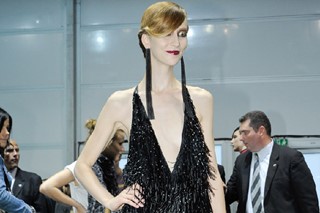 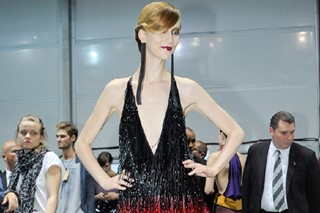 There's always a tentative link that is only natural between Marc Jacobs' own collection and what he does for Louis Vuitton. Last season, it was a demureness which manifested itself in different ways. This season, it's about exuberance, fun and decadence and for Louis Vuitton, Jacobs took that 70s strand that he threaded for his own collection but spun it around a smoky nightclub in Shanghai, re-imagining the 'orient' through his own sumptuous language that was high on camp factor, a keyword he emphasised with a Susan Sontag quote from her treatise 'Notes on Camp'.

They needn't bother with the intellectual origins as the references and intention were clear. Glam up the camp and keep it moving in the vague direction of the 'Orient' as opposed to actually delving into historical/ethnic references too deeply. Satin qi pao dresses and mandarin collar shirts with dropped sleeves festooned with metallic thread tassels start the Oriental jaunt - incidentally this antiquated word comes in handy when talking about Jacobs' take on the naff objects that were vaguely inspired by China.Dropped waisted fringe, fans and mid-calf skirts in vibrant metallic lame paired with Louis Vuitton logo-ed lace tops, lurex knit tops with wide sequined waistbands form the conceivably glamorous day wear portion. It then interludes into orchid prints that recall lacquer boxes that bears the mark Made in China and then pops up in a £1 shop.

Yves Saint Laurent of course also went in this direction on several occasions but Jacobs' own take on high-octane Chinoiserie plays out as a refreshed assault on the eyes with humour that sees a sequined panda face on a white satin tunic as well as throwing tiger, zebra and giraffe print in the mix to complete the menagerie. Jacobs may declare the collection to be about camp, camp and more camp and whilst there is a heavy presence of kitsch in the collection, broken down, you don't want to take anything away from the beautiful colour combinations, the prettiness of the prints or just the variety of it all that broken out of context will be less Suzie Wong than one initially thinks.