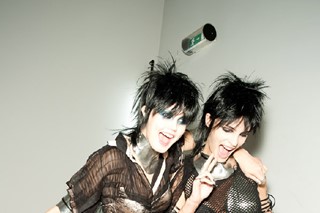 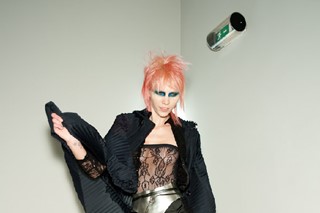 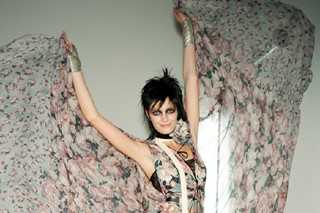 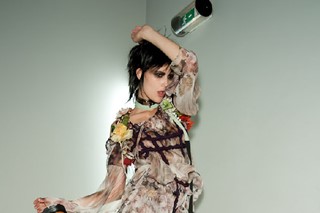 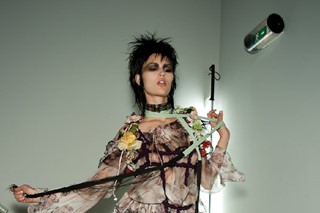 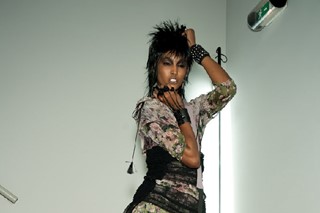 Beth Ditto opening and closing the show was an indication of one of the themes in the collection; an unabashed sense of wild abandonment, as well as the rock-it-out attitude that Ditto clearly demonstrated with her discarding of the mic and singing acapella with all her might. Then there was more - a lot more, in fact as the show began with a 3-D portion of prints on tight jeans and jackets with peaked shoulders from which all things space-themed came flying out at us (with 3-D glasses provided in the invitation). Bad girls, goth girls and punk girls were out in force in this collection that seemed to want to tap into all the cliches of rock dressing and combine that with well-known JPG traits such as underwear as outerwear, the classic Breton and bondage touches. Curiously tropical prints and watercolour florals were also thrown into the mix, albeit toughened up with cut-out patent boots. The last portion of black lace and sheer chiffon dresses had no intention of answering what was the overriding theme here. Perhaps Gaulthier just wanted to throw everything in the mix for the fun of it and have Ditto along for the ride as a mascot for his love of diversity in body sizing.