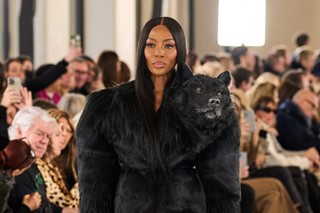 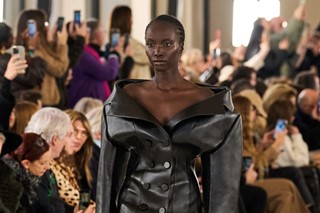 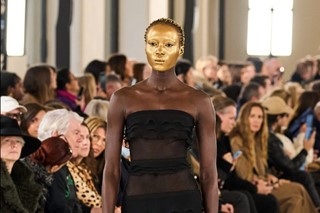 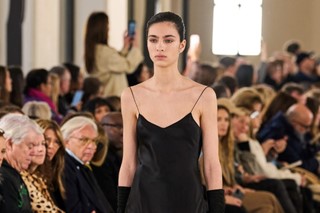 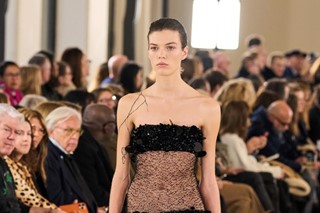 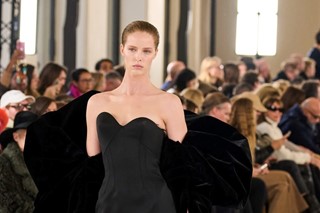 As the AW23 menswear shows drew to a climactic close with Maison Margiela’s heart-stopping Co-Ed show late last night, the fashion crowd barely had time to breathe before the SS23 Haute Couture shows kicked off this morning (January 23). Opening things as it has done the last two seasons was Schiaparelli, and while the show’s front row is never anything short of major – from its decked out mega rich clients to that time Kanye West and Julia Fox showed up in his and hers leather – today’s was completely wild (quite literally).

After showing up to Margiela in a custom slip and coquettish chiffon opera coat last night, Kylie Jenner landed on Schiaparelli’s front row in a full length black velvet gown, with what appeared to be a taxidermied lion’s head perched on her shoulder, or “Beauty and her beast” as she captioned the look on Insta ahead of the show. Joining her was seatmate Doja Cat, who also dressed down for the occasion – our current cover star went for a bold scarlet ball gown, a lick of body paint, and a few hundred Swarovski crystals, no big deal.

Given how lifelike Jenner’s furry accoutrement was, whispers passed ferociously around the audience as they questioned whether the animal was real, because if there’s one thing about couture week, it’s that it’s always berserk. As it transpired, Roseberry confirmed it was actually crafted from faux fur, with Jenner’s ensemble a first look at what was to come for SS23.

On the runway, Irina Shayk sashayed through the Petit Palais in a similar Leo-energy look, while Shalom Harlow followed in a fierce snow leopard bustier, and Naomi Campbell rounded things off in an inky black she-wolf coat. All three looks referenced the beasts of Dante’s The Divine Comedy with the collection itself named Inferno in homage to the 12th century Italian poem’s first chapter, in which Dante himself travels through the depths of hell. Appropriate for a Monday morning, no?

Beyond the beastly showstoppers, Schiaparelli’s maestro dug into the house’s archives once again, transforming iconic perfume bottles like Elsa’s fave Shocking! fragrance into corsets with floor-sweeping gowns, turned out cocktail dresses trimmed with jewelled peacock plumes that obscured their wearer’s face, and spray-painted house muse Maggie Maurer’s head completely gold. It wasn’t all out and out opulence, though. For me at least, Roseberry’s quieter moments spoke the loudest, with two exaggerated suits – one in pinstripe, with a nipped-in waist, the other in black velvet bearing formidable shoulders – demonstrating the Texan designer’s wild flair for tailoring.