From Christine Quinn’s ‘fashun’ monologue to a Shygirl performance and an IRL runway, this is your lowdown on fashion’s big bash 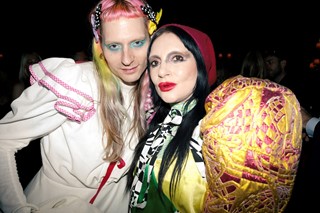 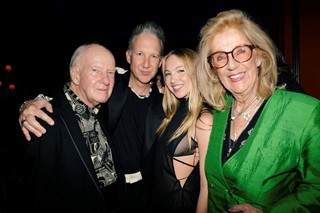 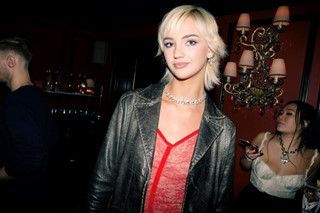 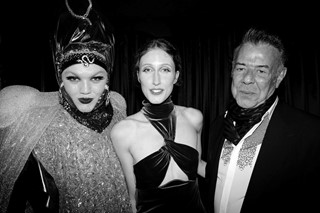 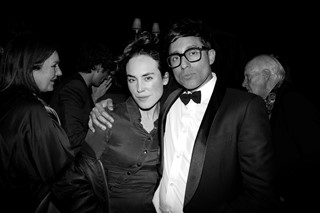 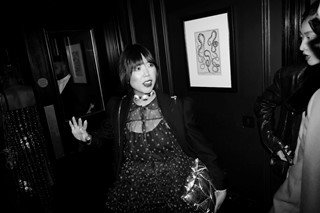 Last night, the international fashion set descended on the Royal Albert Hall to celebrate another year of chaos and creativity at the 2022 edition of the Fashion Awards. It was freezing. But it was also very British, which meant nobody bothered to bring a jacket, choosing to risk pneumonia for the look. That’s something of a tradition in the UK and the British Journal of Psychology actually proved that hot women simply do not get cold last year. Anyway, here’s everything you missed from the evening.

As always, Dazed reporters were planted on the red carpet to catch the best moments in celebrity style – and literally everyone was there. Paloma Elsesser came dressed as a gothic wench in a corseted Dilara Fındıkoğlu look, all deshabilé in trailing lace and suggestive cut outs. FKA twigs wore an apocalyptic Rick Owens and Moncler number, Naomi Campbell paid homage to Pierpaolo Piccioli in one his signature sequined capes, while Lila Moss opted for KNWLS and Iris Law pilfered through the Comme des Garçons archive. The mood was a little darker – a little more brooding – than your usual awards ceremony, but then again it’s been a tough year.

Having hosted the CFDAS’ red carpet back in November, ShoeDazzle designer Christine Quinn was asked to provide the Fashion Awards with a rousing voiceover for its opening segment. Hoicked into a maleficent Mugler corset, she repeated the refrain “fashion is back… F-A-S-H-U-N,” which was quite a threatening way to kick off the evening, actually.

Dazed founder Jefferson Hack bagged the the Special Recognition Award for Cultural Curation, as presented by none other than Tilda Swinton. In the actor’s preamble, she referred to Hack as a “guardian of baby seals”, recalling the time when they both spotted a stranded seal on the Scottish coast and thought best to leave it alone. That story can be unpacked in many directions, but we like to think of it as an analogy for letting young creatives do their thing. Elsewhere, Pierpaolo Piccioli won Designer of the Year, Bella Hadid was crowned Model of the Year, while Grace Wales Bonner and SS Daley were honoured for their contributions to British fashion. Burberry scored a trophy for its work in the metaverse, while Katie Grand and Patagonia founder Yvon Chouinard were bestowed the Isabella Blow award for Fashion Creator and the Outstanding Achievement Award, respectively.

Cloaked in a sculptural, custom 66North puffer-gown hybrid, the not-so-Shygirl opened the evening’s musical segment, cementing her status as filthy, fashion fave. Earlier in the night, she had emerged on the red carpet in a custom look designed by Maximilian Davis for Ferragamo, which spoke truth to her infamous “you got me feeling like a movie star” earhook in “Cleo”. All of that gave way to Jessie Ware, who closed celebrations with “Free Yourself”, waving that spangled flag she loves so dearly.

THERE WAS A TRIBUTE TO THE QUEEN

The fashion industry has paid tribute to Queen Elizabeth in a special show at The Fashion Awards in salute to the late monarch. pic.twitter.com/VAoyipkYcs

Led by Naomi Campbell and soundtracked to a live marching band, a couple of bagpipers, and “God Save the Queen” by the Sex Pistols, Georgia May Jagger, Lila Moss, Adut Akech, and a slew of other models circled the parameters of the Royal Albert Hall dressed in Richard Quinn, Simone Rocha, and Christopher Kane. RIP Queen Elizabeth, you would have loved the Fashion Awards’ commemorative break.

...AND A BIG PARTY AFTER

When the Albert Hall closed its doors and turfed everyone out into the night, the party obvs wasn’t over. Black cabs sped away from the venue as guests headed towards Mayfair and recently opened hotel and members club The Twenty Two, where Jefferson was celebrated with support from close collaborator Burberry and hosts Tilda Swinton and Lila Moss. Champagne, martinis, and lethal 'Hack the System' tequila cocktails from Don Julio poured wild and free to a soundtrack provided by Horse Meat Disco, Mischa Mafia, Hasani, and more, as everyone from Rick Owens and Paloma Elsesser, to FKA twigs and Peter Mulier, to Burna Boy and Michele Lamy popped in for a dance.