Ahead of their residency at NY concept store Café Forgot, Angela Ruis and Lauren Schiller celebrate their one-year anniversary with a Real Housewives-style film

Launched in LA by real-life friends Angela Ruis and Lauren Schiller, OGBFF – AKA Original Best Friend Forever – has been spicing up the everyday looks of the chronically online for the best part of two years. The duo met pre-pandemic, on-set for a music video where they were both friends with the artist’s manager, and struck up an instant connection. “From the moment we hung out, we just started creating stuff,” Angela says over a slightly laggy video call with them both. “Immediately the idea of the brand was formed.”

If you have Instagram, you’ve almost definitely seen their mini-skirt that says ‘miniskirt’ or iconic and post-ironic baby tees paying homage to the online experience through phrases like ‘Hot Person At Work’ – recently worn by Ice Spice on her episode of Verified – and the now discontinued ‘Cancelled Adjacent’ tee famously worn by mother Julia Fox. They’re low-key goated in situations where being an internet It girl is the vibe, proven in-part by their residency at New York City’s cult boutique Café Forgot. 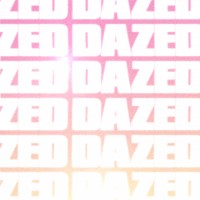 Now to celebrate their one year ‘brandaversary’, the girls have created a monumentally iconic movie which reads like their TikTok content has been the Real Housewives treatment – essentially a highlights reel of an OGBFF reality show that nobody asked for but everyone needs.

“One time early on, someone called us a ‘Barbie Corporation’ which was obviously using interesting language to be misogynistic,” Lauren says, describing the idea behind the video concept. “We’re two goofy girls but we’re also very serious business owners and it’s funny to combine the two because for some reason it’s unexpected. We’re definitely both and that alone is interesting to just like, show people.”

Slogan t-shirts have undeniably made a huge comeback following the McBling and Y2K revival that’s been happening over the past few years. Pledging allegiance to Paris Hilton’s infamous ‘Stop Being Poor’ tank, that turned out to be Photoshopped, whilst simultaneously ushering in the Indie Sleaze revival as per the classic House of Holland tees, OGBFF are continuing to slay the tradition of making a statement in the most obvious way possible. “We do embrace satire, and we love to make a statement in a casual way and we’re laughing at it but we’re completely serious,” Lauren explains.

“I would consider us to be post-ironic, we were very self aware from day one,” Lauren continues. “The intention was never to put memes on t-shirts because that’s been done before but we just wanted to be ourselves, it just happens to be extremely relatable because we’re all on the same internet.”

Sharing the same universal mode of communication worked instant wonders for their business, and as more people relied on the internet than ever before for entertainment and connectivity during the pandemic, their initial designs achieved instant success. “Before we were a brand we would post a shirt and see people’s opinions and reactions in real-time,” Lauren recalls. “It was so easy to market our products because it was as simple as immediately posting it on the internet, we’d always use TikTok to our advantage and not being afraid of that app definitely gave us an upper hand. Being chronically online cut out all the middlemen and there wasn’t any need to consider anyone else’s style or taste.”

With everyone more connected than ever, the pandemic changed how people interact with online content, giving rise to all that discourse around a supposed Vibe Shift. Social platforms saw an increase in engagement around low-fi, user generated smartphone moment – as opposed to high-budget ‘caught in 4k’ productions – and everything was becoming more like TikTok.

On Instagram, OGBFF’s flash-heavy iPhone selfies and unedited product flatlays easily rack up likes with minimal effort, while their TikTok output is nothing short of exemplary. Armed with nothing but a mobile phone and the in-app editing options, their videos communicate their brand ethos in a crude way that feels natural to themselves, and their primarily Gen-Z audience. An OGBFF video could capture anything from them messing around in a stock room to asking a ‘below-average man’ to rate their designs and… hang on, did they read a couple of snippets from Dazed on main? Nice. Back to the point, other brands should really take note.

Their influencer gifting technique is also one for the books. “My downstairs neighbour who is a friend of ours was working as a stylist’s assistant,” Angela tells us. “He texted me like ‘do you want to give anything to Julia Fox?’” Once they’d packaged up a curated box of goodies, the queen herself was seen wearing almost everything. “I love it when strong women wear our stuff,” Angela adds.

Usually one for the face gems and flares crowd, the Coachella festival was also victim to the post-pandemic Vibe Shift. “Apparently Coachella was really OGBFF heavy,” Lauren says. “That wasn’t necessarily unexpected but we just received so much feedback, the huge shift in Coachella style means it’s now like t-shirts and booty shorts.” With internet-adjacent artists including Doja Cat featuring on the lineup, it’s easy to see how this esoteric way of dressing aligns. As the algorithm pushes the next generation of talent onto our feeds, they’ll no doubt be strapped in an OGBFF slogan, brandishing their “flop era“ or “tits for brains“.