While its participants listen to shouty music, play with graveyard rats, and stomp about with canes, we capture the best looks from the UK’s foremost goth festival 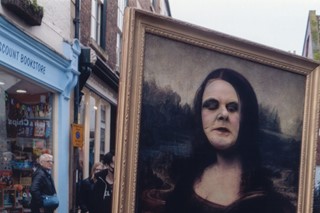 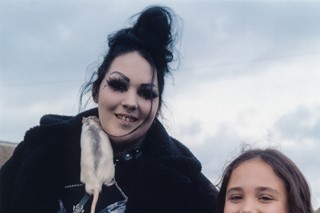 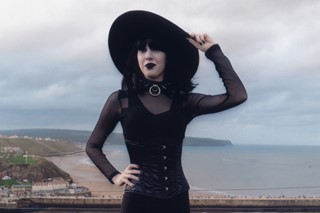 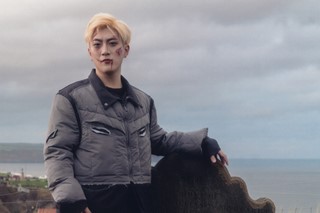 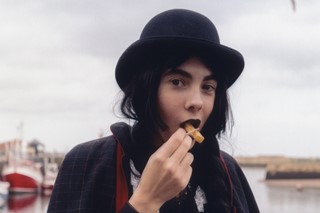 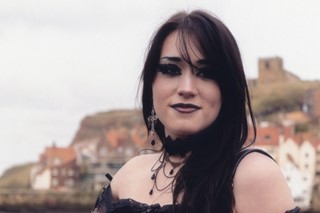 Last weekend, hundreds of fingerless gloves and Victoriana corsets descended onto Whitby – an unwitting seaside town in Yorkshire that has played host to a goth festival twice a year, every year since 1994. Like Bressingham’s steampunk weekend or Brixham’s pirate weekend, the pageant compounds the Great British tradition of gathering en masse and dressing in an off-putting manner. There, like-minded ghouls from across the country break battered fish with one another and listen to shouty music from bands with names like Sigue Sigue Sputnik and The Last Cry.

The crowd has thinned somewhat over the years, with an ageing population of goths now outstripping their nascent counterparts. But the weekend seems to be enjoying a resurgence among online teens begging to be referred to as “the most esoteric bitch in Whitby” – which was probably Count Dracula’s motivation for docking his ship in the town’s cove in the late 1800s. “Community. You can be yourself here,” says Dan, a fourth-timer at the goth festival who’s standing in the carcass of a 7th-century monastery in a studded choker and a wipe-clean military cap. “Living in a place like Scarborough, you can’t really be yourself without being judged. But this is a non-judgmental place, here. I like the music, I like the style… I’m just me.”

In a series of portraits shot by photographer George Hutton, groups of masked men in plastic prison chains bundle out of the local railway station like a barrage of Orcs; a mother and daughter duo canoodle with rats in a nearby cemetery; and young couples snuggle on bricked walls. Below, we hear from some regulars as they discuss Black Sabbath, Whitby’s role in the subculture, and being forever undead. Click through the gallery above to see some of the most memorable looks from the weekend. Abandon hope all ye who enter here... et cetera, et cetera...

When did you first become a goth?

Chris: Oh, my family are all more goth than me. I’ve kind of joined the trend to look like part of the group. I don’t mind doing the dress-up thing for a bit of fun – I might as well blend in with everybody else in my family.

Chris: Oh it’s just something different. A different way of looking at things. Personally, I’ve been quite a big fan of the old Victorian goth, it just brings back the years as well as appealing to the youth.

Hermione: This is my first time!

Hermione: I don’t really know. I just found it online and I love the style so I just went for it.

How long have you been a goth?

Hermione: A couple of years?

Hermione: Um, nothing much. It’s just how I express myself. It’s what I feel comfortable in, going out into the world like I don’t care. And it’s amazing.

Kiera: No I haven’t, it’s my first time.

Kiera: I’ve been a goth since year seven, and that came about because I got sick of the comfy clothes, got more into black, and after that I started getting more corsets and stuff like that!

Kiera: It’s practically my life, I revolve around being a goth. The main thing is I don’t let anyone bother me – or at least I try not to. A lot of people aren’t used to seeing goths, especially in school, and I’ve not let that bother me for five years.

Have you been to the Whitby Goth Festival before?

Dan: Yeah, about the last four years now. I like the community up here, living in places like Scarborough you can’t really be yourself without being judged. Up here it’s a non-judgmental place.

Dan: I’ve been a goth for about 12 or 13 years. My friend’s sister was gothic and I started listening to the music she was listening to.

Dan: I can express myself! I like the music, I like the style, you know? It’s just me.

Emily: It just sort of gradually happened over the last few years, just getting into the music, the look, the literature. And going to Leeds University helped, I saw more alternative styles there.

How and when did you become a goth?

Jake: It all happened many, many years ago. I started listening to classic rock in my uncle’s car and through that I found Black Sabbath, Damned, and Siouxsie Sioux. I bought my first leather jacket at age 15 and it all went downhill from there!

Jake: Just expressing yourself I think, having an excuse to do what you wanna do.

How and when did you become a goth?

Eliza: Well, around a year ago I saw Siouxsie and the Banshees’ video for ‘Spellbound’ and I really was spellbound. I really loved it and that’s what got me into it. I thought ‘I love this music and this style, I wanna make this a part of my life’.”

Eliza: The root of goth is about the music, but for me it’s about connecting with people, it’s about everyone who has been outcast in their life coming together. We’re like a family I think.