The label’s latest campaign, Courage to Be Real, tells the story of the rapper’s rise to fame, and the obstacles he faced along the way 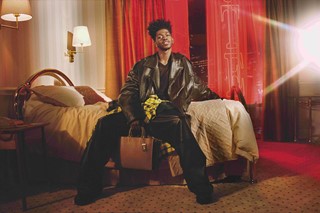 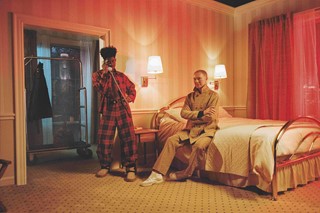 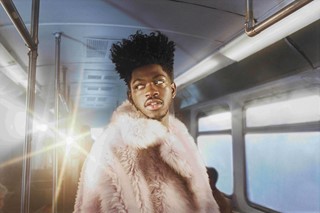 Last month, Lil Nas X made his runway debut for Coach, shortly followed by the announcement that he’s a new global ambassador for the label. Now, Coach has unveiled a short film starring the rapper, featuring his latest single, “Star Walkin’”.

Directed by Petra Collins, the short film – titled Courage to Be Real – charts Lil Nas X’s evolution over the course of his rapid rise to fame, and the obstacles that he overcame along the way. While wandering the suburbs, Nas steps through a shimmering portal to embark on a dreamlike journey through high school music lessons and viral Instagram livestreams, finally landing onstage as he achieves superstardom.

“My whole career has been about breaking down doors, and this campaign represents everything I’ve overcome so far,” he says in a statement on the film. “It’s about walking into new chapters of life, new experiences and new versions of myself, and it’s rooted in authenticity and self-expression – two things I really care about. It was really fun collaborating with Stuart [Vevers] and Petra to bring this to life.”

Vevers, creative director of Coach, adds that he was “thrilled” to bring Nas and Collins together for the campaign. “My vision for Coach has always been to create a fashion world where people feel free to express themselves as they are,” he explains, adding that the rapper and filmmaker are “two artists who have changed the world around them by being themselves”.

From the start, Lil Nas X has shared his idiosyncratic rise to the top with his fans. The Dazed cover star has talked about the surreal success of his breakout hit “Old Town Road”, and spoken candidly about his sexuality since coming out on Twitter in 2019. What better way to kick off Coach’s Courage to Be Real campaign than with a whistle-stop tour through the defining moments of his career so far?

Watch Lil Nas X in Petra Collins’ short film below, and take a closer look at Coach’s Courage to Be Real campaign in the gallery above.