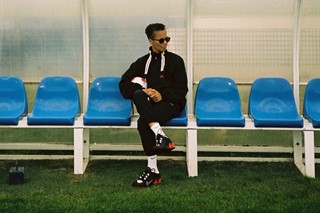 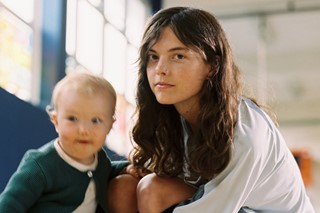 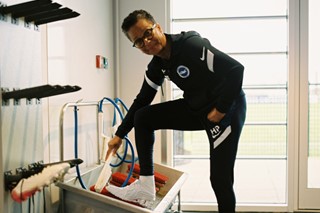 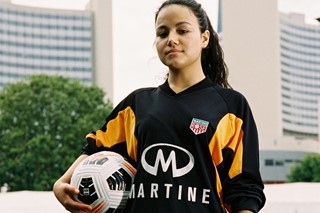 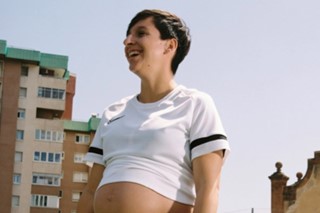 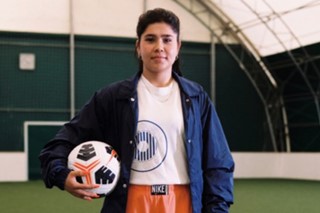 Of all the collections shown as part of the SS23 menswear shows last month, Martine Rose’s was an immediate standout. Debuted in a former gay sauna in South London, the models stepped out on the runway looking as if they’d been caught midway through a quickie, with tops unbuttons, t-shirts skew-whiff, and zippers pulled provocatively taut across the crotch. As ever, though, it was the accessories that really sealed the deal, with earrings still attached to their naff plastic backs, keyrings and chains strung with porn-y pics, and seedy branded holdalls all on the new-season line-up.

Best of all, however, was the ‘What are thooooose?’ moment spawned by a brand new collab with Nike. Enter: the Martine Rose x Nike Shox MR4, a wild new hybrid sneaker that sits somewhere between sports shoe and one of Rose’s signature squared off formal styles. With the Shox a cornerstone of the London grime scene – among other subcultures – the designer has transformed the silhouette into a wedge with the addition of a brilliantly weird elongated pillar heel, and dropped the back to turn it into a mule. Needless to say, it’s unisex, because come on – it’s 2022.

Now, in celebration of the Shox MR4’s launch, Rose and casting director Isabel Bush have enlisted a diverse cast of female footballers from around the world to model the new style. Football has always been intrinsic to the designer’s output, as she mined subcultures and twisted and subverted the beautiful game via Martine-branded footie tees and trackies, but last year, this relationship evolved as she dropped a selection of merch as part of the 2021 Lost Lionesses project, which drew inspiration from the England women’s team and a sports kit from 1971.

Starring in the campaign are the likes of Hope Powell, who is the manager of Brighton & Hove’s women’s team, the first full-time England women’s coach, the first Black England coach, the first female England coach, and the youngest ever England coach. “I have a responsibility to be the best I can be and succeed where I can, so those Black women and girls behind me can see that anything is achievable,” says Powell. “I support as many women coaches as I can, in any way they need.”

Founé Diawara & Khartoum Dembelé, meanwhile, are part of grassroots Parisian collective Les Hijabeuses, which campaigns tirelessly against the French Football Federation’s archaic and oppressive hijab ban. “We wanted to reach women wearing the hijab and doing sports, especially football, so we made an Instagram video,” they recall. “People were shocked that we didn’t have the right to play. We had a lot of women come to us, saying they wanted to wear the hijab but they were afraid, and some stopped playing football altogether. In [the last] two years, there’s been a lot of matches and tournaments, bringing awareness to the issue and making it visible in the media.”

Elsewhere, Kat Craig, who founded Camden & Islington United, works simultaneously as a football coach and human rights lawyer, and ensured the Afghanistan women’s national team were evacuated safely when the Taliban grasped power in 2021, also feature, alongside a number of women who themselves fled war and conflict in their own countries. Among them are Maria Romanchenko, who fled to the Netherlands from Ukraine earlier this year, and Shikofa and Jasmine, who both escaped from Afghanistan to Austria and now play for asylum seekers and refugees club, Kicken ohne Grenzen. “I love football because it’s a team game,” says Romanchenko. “I am inspired by young football players who reach the top on their own. Every fall is a chance to fly higher.”

“I love football because it’s a team game. I am inspired by young football players who reach the top on their own. Every fall is a chance to fly higher” – Maria Romanchenko

In celebrating and uplifting these extraordinary women, Rose hammers home the power of football and the importance of community, which is a value that has underpinned her work from the off. The Nike Shox, and this campaign, are just the tip of the iceberg, however. Across the course of the next year, the North London-based designer will be dropping more pieces from her special capsule with Nike – and since the new sneaker has long since sold out (sorry), it would pay to keep your eyes trained in Rose’s direction in the coming months.

Check out the BTS casting pics in the gallery above, and the full campaign in the one below. 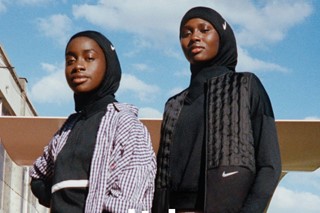 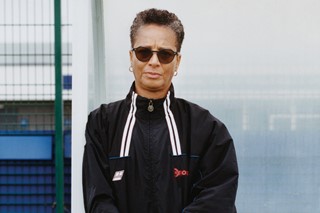 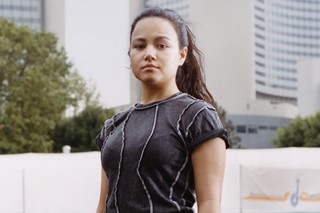 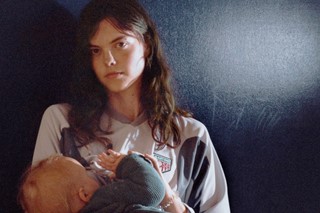 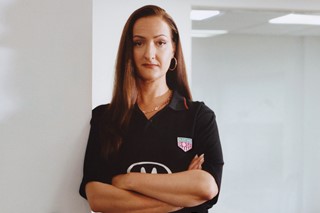 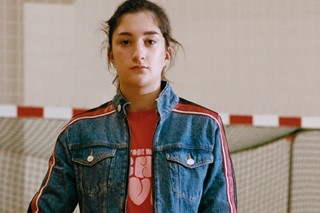