The revered Italian designer brought his designs to an IRL runway for the first time since COVID, plus more news you missed, including Jacquemus’ Hawaiian storm and Off-White on the slopes 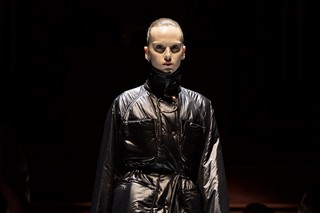 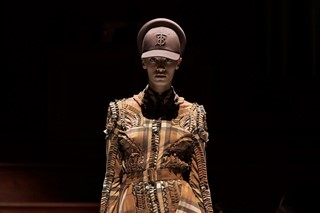 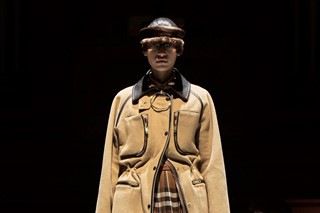 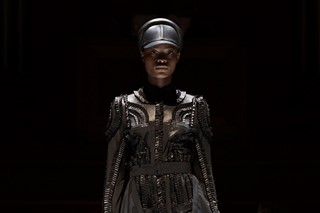 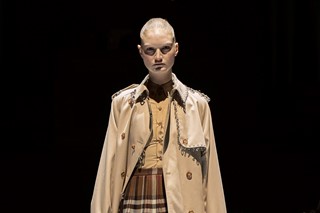 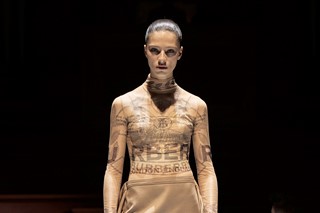 At the tail end of Paris Fashion Week, Burberry delivered embroidered invites for its AW22 show, bearing the words “Thank you so much”. As runway send-outs become increasingly lavish – note Balenciaga’s iPhones and Off-White’s safes – a needlework hoop and its accompanying white rose felt like a palette cleanser.

So too did the stark, linen table tops that were dotted around City Hall, proving a runway for Riccardo Tisci’s strongest offering yet. From the darkened stalls, a phalanx of men emerged, wearing clingy column skirts, strapped in shearling, fur, and knitted torso-binds. Womenswear swung between the raunchy – in eyelet-strewn outerwear and lacey bustier-dresses – and the prissy – in patterned scarf-skirts and trench-dress hybrids.

The convergence of which was perhaps a pair of tailored trousers, its belted waistband beginning at the bust. Though the label’s wheaten staples made up the bulk of the collection, this ultimately gave way to a bevy of dramatic evening gowns, fuzzy and sculptural, or otherwise festooned in hulking crystal embellishments – all of which felt red carpet-ready.

Meanwhile, that the Jacquemus show – titled (rather forebodingly) Le Splash – resulted in a rainstorm that ultimately destroyed the clothing, was a bittersweet end to fashion month. “It was such a beautiful and special moment,” the designer wrote on Instagram, refusing to let the weather affect his characteristically sunny disposition, despite admitting that “it hurts”.

This season, Jacquemus swapped out the South of France for the island of O’Ahu in Hawaii, working with a local team of models, stylists, and producers to pave an azure blue runway along the beach. The collection itself drew inspiration from island life – salacious, hot pink linen sets, scuba-tailoring, backless blazers, and wide-legged trousers fastened at the hip like sarongs. Everything came ruched and cutaway, styled with snorkel and floatie accessories. When the rain eventually came to a drip, the storm was taken as a blessing, as locals staged a traditional ceremony, giving thanks to the country’s land, people, and ancestry.

In other fashion news this week, Bella Hadid closed out Paris Fashion Week, wearing a pair of fingerless gloves. Miuccia Prada (kind of) brought back her beloved Miu Miu menswear line, as Olivier Rousteing was announced as Jean Paul Gaultier’s next guest couturier, and Elton John was revealed, quite unexpectedly, as the face of Palace. For everything else that may have passed you by click through the gallery below.

Having sent out balloon-heeled platforms and sleeve-stilettos for AW22, Jonathan Anderson has done a proverbial 360, turning his attention towards techy performance wear in a collaboration with running label On Running. The capsule collection is made up of sneakers, hiking boots, anoraks, and track pants, all of which have been made from recycled polyester – as opposed to splattered eggs or bottles of old nail varnish. Click here to see more from the link-up, as lensed by Gray Sorrenti.

THE SLOPES PAY HOMAGE TO VIRGIL

Burton (the ski label, not the British highstreet haunt) has released a posthumous collaboration with Virgil Abloh. Organised before Abloh’s passing, the collection includes ten boards that will be digitally auctioned on March 15 to benefit the Virgil Abloh™ “Post-Modern” Scholarship Fund. Then, a week later, on March 22, a limited-edition collection of snowboards, boots, and bindings designed with Abloh will be available for purchase on Burton’s website. The brand will also be donating $300,000 towards BIPOC representation in snow sports.

… AS WILL THE FASHION SCHOLARSHIP FUND

The Fashion Scholarship Fund’s annual gala – set to take place on April 11 at The Glasshouse in New York – will remember Virgil Abloh, who served as a FSF board member. The newest group of 23 Virgil Abloh “Post-Modern” Scholarship Fund Scholars will be honoured, with guests getting a glimpse at their work. Throughout the night, $1 million in scholarships will be awarded.

Best not to pit the girls against each other but Dapper Dan has just released a capsule collection with GAP – a limited edition hoodie which sees the brand’s arched logo replaced with DAP lettering. It’s a nod towards Dapper Dan’s history with remixing designer staples but it sold out very, very quickly. So… you actually can’t buy it… unless you’re willing to fork out over $500 on resale sites.

Much has been made of fashion’s reaction to the war in Ukraine but few discussions have produced solutions. What is universally agreed upon, however, is to provide ongoing donations to those in Ukraine and practical support to refugees. Though Russia’s violence against civilians is indiscriminate, Vogue Fabrics in Dalston is running a fundraiser for queer people, with an art sale (including pieces from Sinead O’Dwyer, and Jawara Alleyne) and a late night party, profits from which will go towards LGBTQI+ organisations (Kharkiv Pride and Insight) and volunteers delivering groceries and medication in Kyiv.

The latest collaboration between Craig Green and Moncler has arrived in a flurry of flags, nautical symbols, and blown-up silhouettes. The collection is made up of recycled nylon, panelled coats, cargo pants, techy, colour-blocked shells, zero-waste intarsia jackets and organic cotton t-shirts. Click here to see more of what’s on offer. 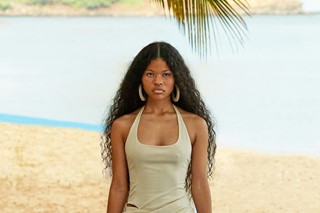 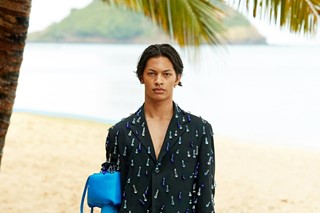 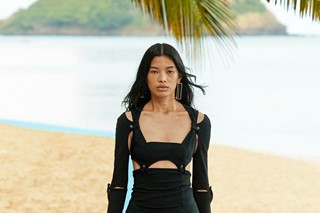 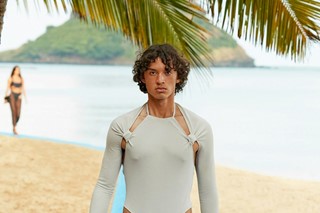 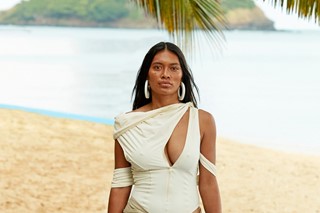 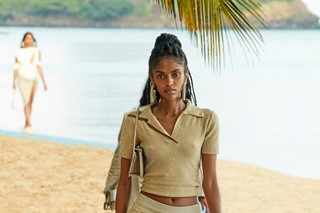