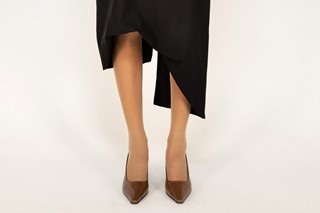 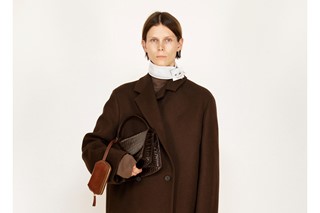 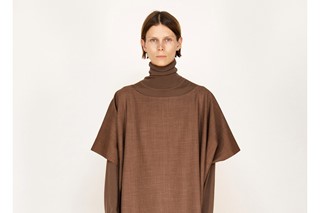 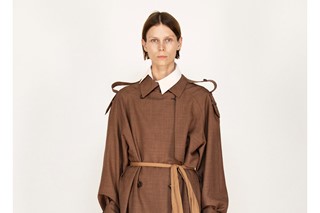 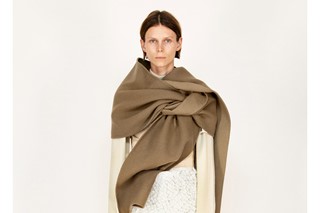 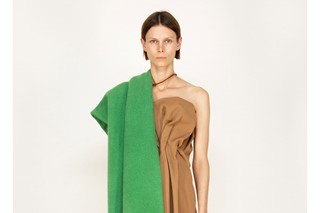 Indie Sleaze this! Bloghaus that! Get your disco pants out! Neon pop socks at the ready! Boombox is back! Hadouken! Uffie! Sky Ferreira! Trashy Hipsters!

Yeah? Is that what you want?

Well how about you slip on some tan tights and get a job? How about you make like your elders and cover your legs in some beige nylon? How about you remove any sense of life from the lower half of your body and buy some pantyhose the same shade as a boggy cup of tea? Admit it, your knees are sore and the world needs to know. You deserve a Freedom Pass.

They say to dress for the job you want, not for the job you have, so it’s surprising to see that so many of New York’s Upper East Siders now seem to be angling for a role on Call The Midwife. That is, in the eyes of the Olsen twins, who unveiled their sloping, sludge-coloured AW22 collection this morning. And lest readers of The Gentlewoman think I just don’t get it... I do. I know that stepping into an outfit from The Row immediately causes low bone density and a Camel Blue addiction. I just didn’t expect it to also signal Nora Batty.

Perhaps that’s a little facetious, though. Recent runways have primed the ground for a resurgence in lady tights. You could trace the flesh-coloured waistbands across Miu Miu’s SS22 offering, while Burberry and Givenchy’s Pre-Fall and Resort shows both alluded to biscuity stockings, monogrammed and poking out from sturdy-looking sandals, respectively. Then, of course, there’s Miuccia Prada, who is known for transforming frumpy hosiery, so dour and frigid, into something that feels transgressive – low denier socks sagging like loose sausage skins at the ankle, or matte nylons tugged taut and prudent above the knee.

Maligned and mischevious, there’s something so wrong about American tans, that they could amost be right. It’s fashion’s hardest working dichotomy and one which The Row leant into this season, turning out a collection that felt a little brighter in tone, enlivening its natural-fibre colourwheel with shamrock green scarves, mannish, merlot knitwear, and tangerine roll necks.

Though we might snigger at the sight of a beige ankle, the Olsen’s were clearly in on the joke, fastening tawny trench coats with a pair of Camilla Parker Bowles’ finest. Elsewhere, stockings were crafted from doily-like lace and doubled-up with thick black socks, styled, of course, with orthopedic loafers. It could have so easily ventured into Twee, but the Olsens would baulk at the sight of a ukelele, let a lone a bookish, 30-year-old virgin. So while the rest of the industry – Vivienne Westwood, Charles Jeffrey, Chanel, Jonathan Anderson, Richard Malone, Versace – send out technicoloured and metallic tights for the alleged return of the side-fringe, Mary-Kate and Ashley are keeping to their word, producing clothing for people who are far, far too old for any of that.