Maria Grazia Chiuri instead looked to Greek mythology for her latest Cruise show, which took place in Athens last night 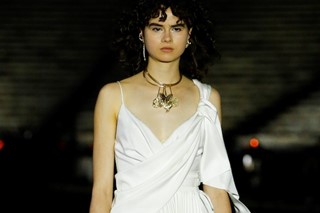 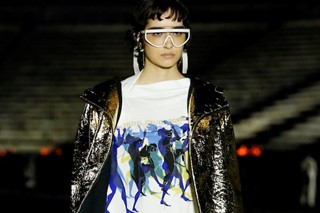 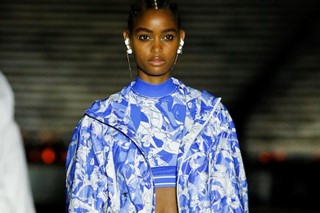 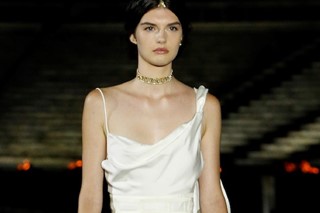 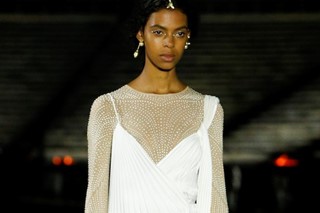 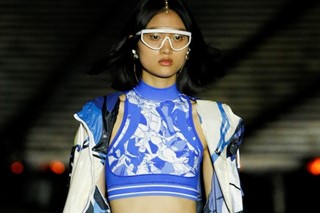 Last night, Maria Grazia Chiuri swept into Athens and took over the city’s Panathenaic Stadium for her 2022 Dior Cruise show. Built by the Ancient Greeks wa(aaa)y back in 330 BC, the arena was a suitably dramatic location to herald fashion’s slow return to in-person shows and celebrate after almost a year out of the game.

After almost 15 months spent in various degrees of lockdown, the designer revealed she’d been lured in the direction of sport for the new season, with the collection designed to offer the women wearing it optimum movement and freedom. Inspired by an old photograph of a model wearing head-to-toe Dior outside Athens’ biggest and most famous landmark, the Acropolis, the offering was heavy on relaxed, easy-to-wear pieces (which is ideal when you consider we’ve just spent eons in sweatpants).

Making their way around the length of the stadium’s expansive running track, models were seen in louche, parachute dresses with utilitarian straps (and importantly, pockets), billowing technical coats dotted with Dior logos, and preppy, padded gilets and lightweight versions of the house’s signature Bar jacket. Dotted throughout the collection were flourishes that came via local artisans, including artist Christiana Soulou, who created illustrations of the women depicted in Greek mythology, and fisherman’s hats by Atelier Tsalavoutas.

Chiuri also sent a series of looks that spoke of tennis whites out onto the catwalk, in addition to her own take on Grecian garments in the form of draped, one-shouldered dresses snatched at the waist with drawstrings and chunky leather belts. There was no nostalgia for the past, however, with each look rooted in modernity through the chunky sneakers and functional jackets they came paired with.

Of course, it wouldn’t be a Dior show without a succession of tulle looks that demonstrate Chiuri’s propensity for overt femininity. Eventually, as the presentation headed towards its climactic finale, the sportswear-indebted segment made way for the diaphanous, flowing gowns the designer has made her trademark – including one that got social media worked up, as they tried to figure out whether she was paying tribute to the iconic swan dress Björk wore to the Oscars two decades ago in 2001.

In actuality, Chiuri was looking deep into Greek mythology and channelling the story of Aetolian princess Leda, who was seduced by Zeus in the guise of a swan(!), and more particularly a striking photograph of Hollywood legend Marlene Deitrich dressed up as Leda in the 1930s. So there you go!

Now we’ve cleared that up for you, check out the collection in the gallery above, watch the show below, and head here for more coverage from the Cruise 2022 and SS22 shows.