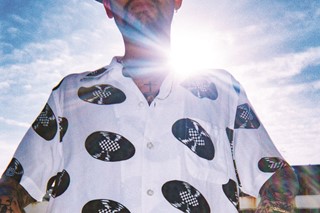 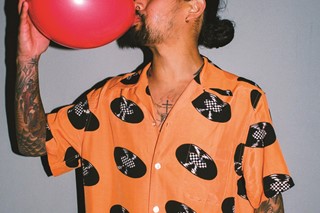 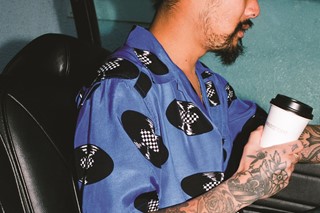 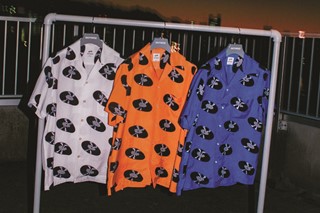 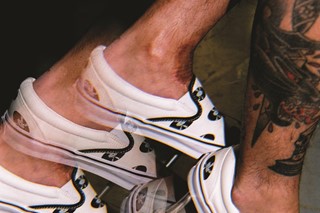 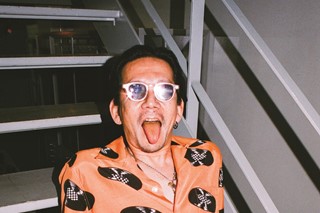 With a shared love and cause to champion thriving underground music communities and collector culture, Vault by Vans and Wacko Maria are back with part two of their spring collaboration.

The first iteration dropped in March, with the second product launch primed for May. Both brands bring their original crafts, aesthetics, and historic legacies to the colourful, cool collab – Vans with its effortlessly DIY spirit and classic silhouettes, and Wacko Maria with its Japanese style sensibilities and rich history as a fashion and record label since 2005, founded by the inestimable Atsuhiko Mori.

Vans’ iconic and beloved slip-on shoe gets a vinyl graphic glow-up that melds seamlessly with the familiar checkerboard print. The timeless staple shoe, the Authentic LX, is also produced in white, brown and purple. Alongside these is a range of apparel that celebrates elements of Japanese fashion, vinyl culture, and subversive film, art, and music – a woven short sleeved shirt features vinyl graphics in three different colourways, as a fitting tribute to Wacko Maria’s story and championing of the analog. The collection stays true to Wacko Maria’s singular vision and founding mantra that “music is the trigger of imaginations”, with dedication to the originality, creative expression, and craftsmanship of both labels. Essentially, you’re got some easy pickings with perfect looks for digging out some rare records at Wacko Maria’s Tokyo shop.

A short film captures the punchy energy of the Vault by Vans and Wacko Maria collab. Set to some scuzzy surf rock, the Margt-directed film stars actor and Wes Anderson-fave Kunichi Nomura.