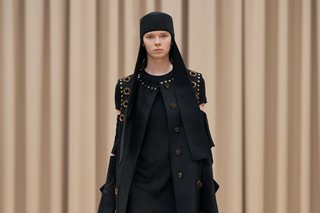 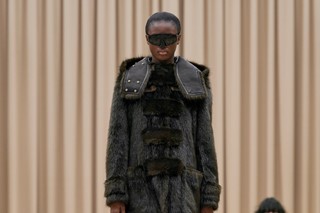 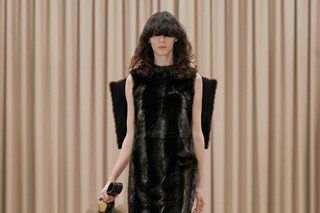 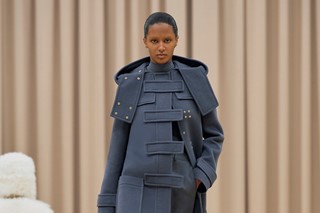 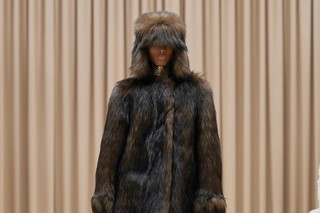 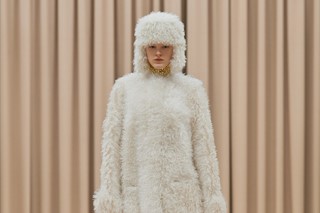 Not to get all old-lady-from-Titanic on you, but it’s genuinely been 84 years (see: almost four months) since the AW21 shows kicked off, and there’s still no end in sight – not that we’re complaining, obvs. Dropping his latest collection for Burberry this afternoon was Mr. Riccardo Tisci, who this season paid tribute to the countless women who inspire him. Missed the show? Here’s everything you need to know.

THE INVITE WAS A BURBERRY PILLOW

...which Tisci modelled on the Burberry Instagram, inviting us all to take ‘a moment to dream’ ahead of the show. Printed with the address of the historic house’s London HQ, my depression naps just got a whole lot chicer.

THE HOUSE DRESSED A BUNCH OF COOL PEOPLE FOR THE SHOW

No front row? No problem! While IRL shows might still be out of the question thanks to the panny-d, that doesn’t mean a host of cool people aren’t going to be dripping in Burberry ahead of curtains up. Among those slipping into some fine Tisci lewks were the likes of Arca, Aaron Philip, Gigi Hadid, and Anok Yai, plus Dazed family members Ib Kamara, Isamaya Ffrench, and Lila Grace Moss. Last but by no means least were bonafide legends Erykah Badu, Naomi Campbell, Isabelle Huppert, and Madonna (no big deal!)

...AND THERE WAS A CUTE PRE-SHOW VIDEO, TOO

The label also debuted a short film called From Where I Stand. Directed by Marc Isaacs, creatives including London legend Princess Julia, Gut magazine founder Ami Evelyn, Dazed 100-er Lava La Rue, rising creative director Betsy Johnson, and the one and only Skin spoke on what makes them feel powerful.

AND THEN CAME SHYGIRL

...who slipped into an immaculate Burberry corset to give a spoken word performance that saw her embody the role of Mother Nature. According to Tisci, he ‘fell in love’ with the London musician when he spotted her on IG and they connected via DM. We mean, who can blame him? We love her so much we put her on the cover last season.

THE COLLECTION CELEBRATED FEMININITY AND THE WOMEN WHO INSPIRE TISCI

Tisci was raised by a single mother – who he often shares extremely heartwarming, precious pics of – and surrounded by eight sisters, so it’s no surprise that the designer draws inspiration from the women in his orbit. “They are not afraid to challenge expectations, and I have always been in such awe of their determination. They are warriors,” he revealed in his show notes, as he channelled this feminine power and energy into a collection of ‘modern armour’ for the new season.

As banging tracks by Amnesia Scanner and Kamixlo kicked in, models wearing clean, understated tailoring in uber-rich-aunt shades of cream, beige, and house faun strutted around the similarly stripped-back set (which also served as the backdrop for the brand’s menswear show in February). Classic, fluid trenches featured wide, superhero-like shoulders, while slinky tunics were ruched and draped, offering just a glimpse of skin.

Punctuating the collection were smatterings of animal prints seen across chic pencil dresses and car coats, bold dashes of pillarbox red and fuchsia, and glittering gold sequined sheathes and capes. Speaking to the burgeoning sense of freedom that feels palpable right now – as London tentatively opens its doors and the coronavirus vaccine is rolled out around the world – these glinting looks encapsulated a sense of optimism as to what comes next. As the house itself put it, they were the sartorial equivalent of ‘the rainbow shining through the rain’.

Check out the collection in the gallery above, and see Arca, Erykah, and Aaron wearing looks from it in the one below. 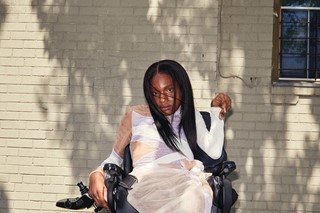 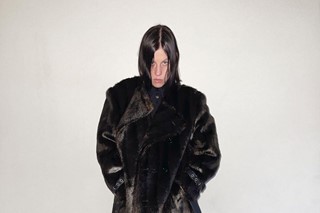 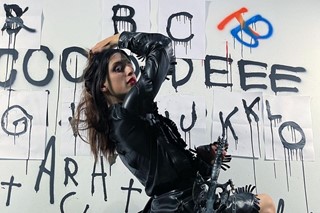 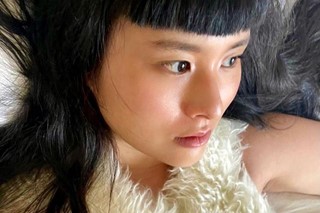 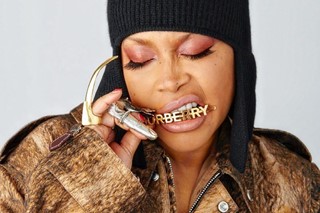 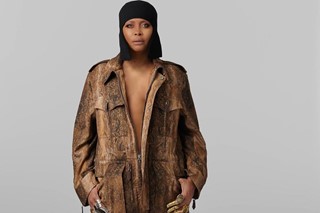