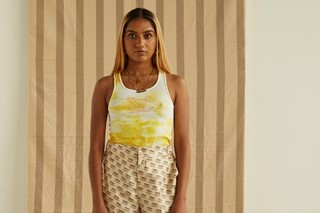 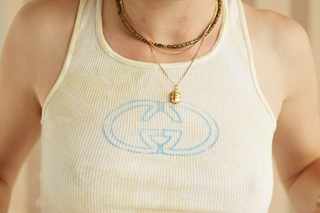 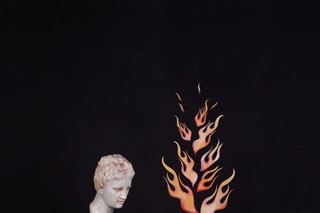 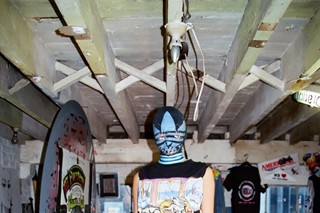 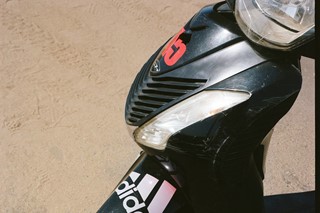 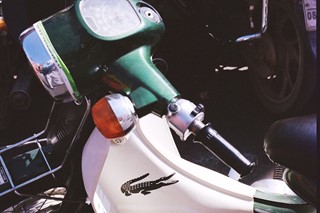 A scroll through the seemingly endless counterfeit offerings up for grabs on Aliexpress might elicit a laugh among those in search of a bargain (Boolenziaga sneakers anyone?), but bootleg fashion’s cultural significance runs far deeper than many might realise – as new exhibition The Real Thing sets out to explore.

Opening at London’s Fashion Space Gallery this month, the show is the brainchild of writer and curator Anastasiia Fedorova, who has long been obsessed with the politics and symbolism of the fake. “It’s been my research interest and guilty pleasure – I loved the bad copies especially, with their audacious energy and wild style, because they seemed to expose the uglier and stranger side of the fashion industry no one wanted to acknowledge,” she explains.

Delving deep into counterfeiting’s subversion of social, cultural, and class distinctions, and the ways in which brand and identity are interlinked, on the line-up as part of The Real Thing are a series of works by some of the most innovative bootleggers around today.

Like Dapper Dan before them, labels including Sports Banger, Ancuta Sarca, and HYPEPEACE are disrupting the established fashion system by taking its most iconic markings and twisting them anew, while the likes of Akinola Davies and Julien Boudet are documenting their unique positioning in our day-to-day lives.

With the exhibition now open until May 2, get to know some of those featured here – and then start making plans to go.

Based out of a tiny studio in Seven Sisters, Jonny Banger’s Nike Swoosh and NHS mash-up tee is an ubiquitous style among a new gen of socialists, infiltrating social media in the lead up to both the 2017 and 2019 general elections – in fact, the style has become so popular that the bootlegger has become the bootlegged, with countless knock-off versions now available across the world wide web. More recently, the designer has started staging riotous, off-schedule shows during LFW, dipping his toe into the world of couture alongside collaborators including Ancuta Sarca and Max Allen, as seen on show as part of the exhibition.

Having worked with everyone from Kenzo and Larry B, to Ib Kamara and Ruth Ossai, former Dazed 100-er, PDA-founder, and multi-hyphenate creative Akinola Davies’ 2018 film Boot/Leg explores the codes of the people that have adopted counterfeit styles into their stylistic lexicon and the narratives that surround them. “Most of the communities that adopt these codes are often not who the brands are aiming their collections at. But what would happen if Chanel really did a shoot with a woman in a hijab, or if Armani employed rudeboys to model in their campaign? Boot/Leg is an exploration of these colliding worlds.”

If you were to travel back in time to East London institution the Bricklayers Arms in the late 90s, chances are you’d spot more than a few of its creative crowd wearing the skewed, slashed, and ‘mash-up’ clothing of radical, anti-fashion label NOKI. Amassing legions of devoted fans from the moment his first sustainability-focused collection hit the rails of legendary Soho boutique Pineal Eye, founder JJ Hudson, who now goes by the name Dr. NOKI NHS, spent his nights in sweaty Shoreditch warehouse parties and his days creating an antidote to the fast fashion that was rapidly infiltrating the British high street using stuff he’d salvaged from skips on the way home.

Cast your mind way back to 2016 and you’ll likely remember the moment Theresa May declared “If you believe you are a citizen of the world, you are a citizen of nowhere.” Turning that very archaic, nationalistic moment on its head is Emma Louise Rixhon, who founded her label, Citizens of Nowhere, in 2017, not long after she finished an MA at Central Saint Martins where her final project centred around bootleg’s power to destabilise heirarchies. With Gucci’s iconic interlinked GGs and Louis Vuitton’s logo plastered across tank tops and tees using delicate glass beads and pearls, the lo-fi project serves as a reclamation of May’s gut-wrenchingly depressing statement and a rejection of the sentiment at its core.

Renowned for capturing the in-between moments most street-style photographers might otherwise ignore, Julien Boudet’s unique vision has seen him work with a number of big fashion names: with the likes of Thom Browne and Burberry among them. It’s away from the fashion week circus that his work is at its most interesting, however. Working largely with film, Boulet’s travels have seen him capture the reappropriated iconography of some of the most recognisable brands around in some of the most unexpected corners of the world.

The exhibition runs from February 7 - May 2 at the Fashion Space Gallery, London.