‘On cloud nine’ since returning from hiatus, the model talks skating, My Chemical Romance, and finding support in his adopted fashion family 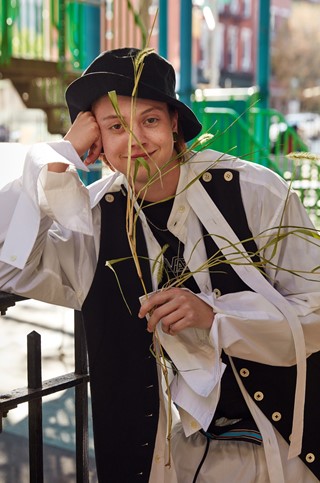 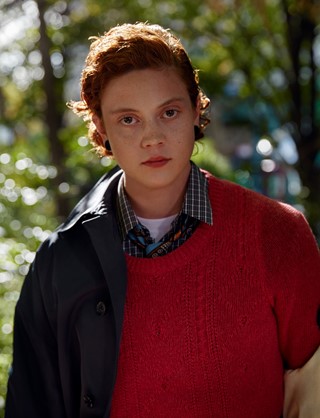 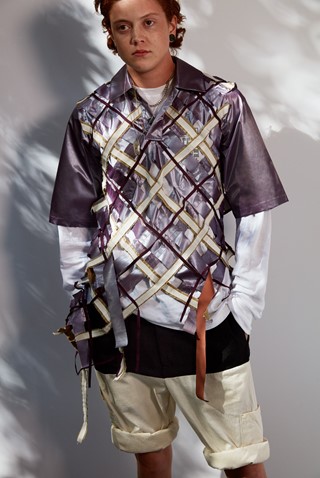 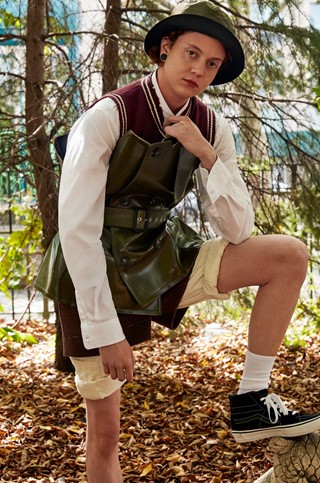 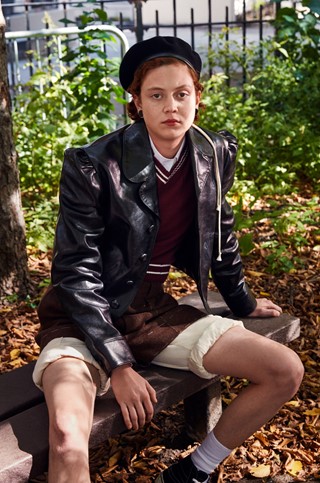 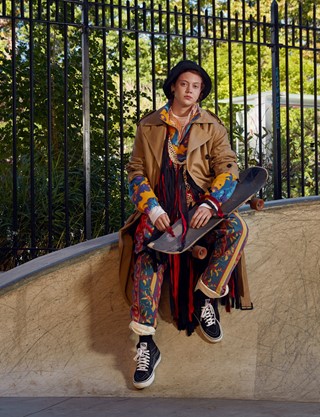 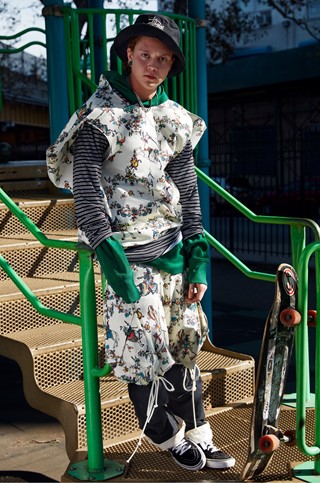 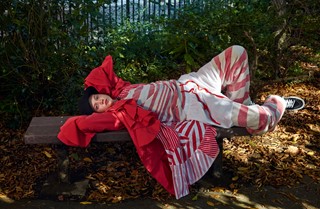 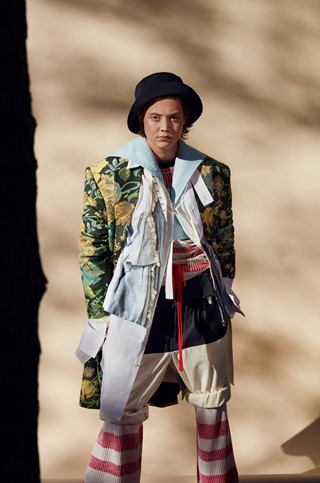 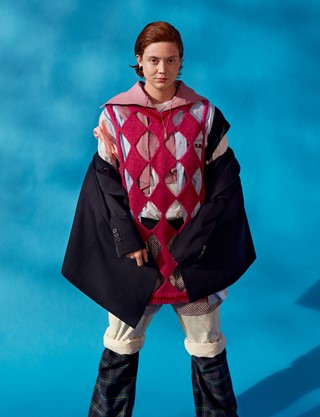 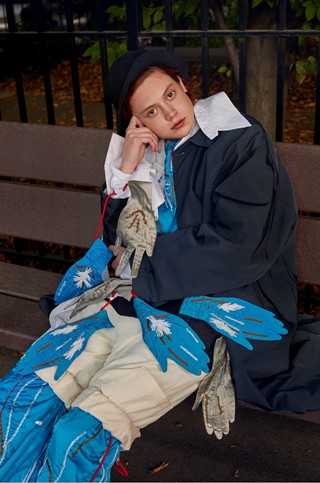 Taken from the winter 2019 issue of Dazed. You can pre-order a copy of our latest issue here

From time to time, Nathan Westling falls flat on his face. The 23-year-old model is sitting in a park in Arizona, his home state, explaining the “SKATE” tattoo on his arm (he got it in Milan) and whether his devotion to skateboarding, with all the bruises, faceplants and unique skin abrasions that inevitably entails, ever interrupts his career as a very beautiful person. He’s just had a close call. “I’m just getting over a moment that happened to me when I was in New York,” says Westling. “Face injuries happen – I couldn’t go into the agency for, like, a week – but it was fine, because I’m not in my old habits like I used to be. Like, I passed the drug test the day after that, so they couldn’t say anything.”

Westling is tough, but life is easier, recently, than it used to be. He’s nine months into his gender transition, which has been a wild ride in a different way. Before coming into himself, he was “partying and stuff – I just liked to pass the time and do dumb shit. Now that I’ve started my transition, it’s gotten easier to maintain my emotions and habits. I’ve gotten so much healthier.”

Westling has long been among the best-loved faces in fashion and, of course, his appearance was associated with his gender. Prior to transitioning, he became famous for his looks as a model for Louis Vuitton, Prada and Dior, launching his career in a red military coat for Marc Jacobs SS14, signature red hair covered by a blonde wig. More than just the model-of-that-moment, Westling reflected a less conventional mood in casting that felt a little new, coming up alongside fellow Americans like Binx Walton and Molly Bair. “My very first shoot was for Russian Vogue, during my first fashion week,” recalls Westling of his entry into fashion. “I felt pretty awkward – I didn’t know how to move, manoeuvre and look good in front of the camera. Then you realise, ‘Yeah, there’s going to be 15 people on set staring at you, and the photographer will probably ask you to do something ridiculous, but, in the picture, that’s gonna look great.’”

The ultimate guide to Raf SimonsFrom his beginnings in Antwerp to his outsider mindset, this is everything you need to know about one of the most visionary designers of our time

Westling’s mother, a former model herself, was the locomotive force behind his career. “She was my age and didn’t really take the opportunity, so she saw an opportunity in me,” says the model, who signed with his mum’s old agency at the age of 15 before joining The Society in New York in 2013. “They were questioning whether I should do (spring/summer fashion week in) September, or fall/winter. They pulled me out for spring/summer 2014, I opened the Marc Jacobs show, and the rest is history.”

Westling says being super-visible prior to transition was part of what helped him see a way forward with it, even as he worried about how others in his personal life would receive the fact that he’s trans. “The industry gave me a chance to explore myself in all different ways,” he says. “Every time you show up on set, you’re portrayed as a different character. I was able to see how I fit in to what I feel like inside.”

When your gender presentation doesn’t match with your actual gender – and when that gender presentation is on display, in order to make a living, all the time – the idea might be that it’s a daily dissociation. That’s not how it went for Westling, though – he saw it differently. “I’ve had some experiences wearing men’s clothes, or doing a male kind of job,” he says. “Prada put me in a men’s suit for one of their guy shows” – a corduroy suit at Prada Menswear AW17 – “and that was such an amazing experience, because I was put with the guys. That was awesome.”

“It’s been amazing to work as a female model and have a lot of people respect me, then come out as trans and transition, and have every single person I have made a connection with in the industry back me,” Westling continues. Though that professional support didn’t match his family’s reaction at first, he says that’s changing, too. “I thought I had to distance myself from my family if I wanted to start this process, but (they have) never seen me really happy, my entire life. For me to come back and do a full 180 – they couldn’t not support me.” He grins at the skate metaphor.

“It’s been amazing to work as a female model and have a lot of people respect me, then come out as trans and transition, and have every single person I have made a connection with in the industry back me” – Nathan Westling

For all his career had given him, Westling needed to take time away from modelling in order to become more wholly himself – to “figure shit out on my own”. “When I started (transitioning), my physical appearance wasn’t progressing as fast as my mental state,” he says. “Then I started to inject myself with testosterone, and it made my mind race even faster, so I would just worry. It wasn’t until two or three months into taking testosterone that my physical appearance started matching up with my mental state. I’ve been the happiest – on cloud nine! – since then.”

During Westling’s six-month professional hiatus, the intensity of the model’s fledgling transition warranted increased attention towards what Westling calls “self-time”. That might include watching Bob’s Burgers on Hulu (he’s a Louise, “because she’s crazy and I’m crazy!”), typical 23-year-old dude stuff like playing Red Dead Redemption and Grand Theft Auto, or listening to My Chemical Romance, who he first went to see with his older sister in Arizona when he was nine. “Blink-182, The Red Jumpsuit Apparatus – (I’ve been listening to) all of that shit since I was (little),” Westling says with a laugh. “I used to wear safety-pin chokers when I was 11.”

Throughout our conversation, it’s clear that learning how to take care of himself has been a hard-won battle for Westling. Now, he follows a simple formula to keep himself on track: “waking up at a decent hour, skating, then hanging out with a good friend”. Much of his happiness comes from physical changes that engender mental ones, too. “I’ve gained 50lb in the last three or four months,” he says. “I weigh more than I ever could’ve weighed in my entire life (prior to hormones). I feel a lot healthier all around.” That’s a good foundation – one necessary to the rest of what Westling needs to do in order to move through the world, he says. “There are a lot of hoops you have to jump through – changing your name, changing your social security, surgeries.”

Westling didn’t anticipate all of the bureaucratic and bodily changes ahead of him when he started transitioning – but they’ve been more rose than thorn. “I wanted to start so fast that I didn’t realise how much it takes to feel comfortable with the whole process. I haven’t had top surgery yet. So it’s sometimes awkward for me to go out in public, because I’m not flat, but I look so masculine, and people recognise me as male – but I don’t feel completely complete yet. I’m happy that I started – it’s just a lot more than I anticipated. I’ve been thinking about this my entire life. And now that I’m in it? It’s a little bit intense.”

Looking to the future, this “self-time” has led Westling to think about other creative avenues he could see himself committing to, like collaborating with designers and, of course, skate brands. There’s something else, too. “I really want to get into public speaking and talking about trans issues,” he says. “I know how hard it can be, and I would like for someone out there, at least one person, to hear my story, and benefit from it.”

I ask Westling if anyone embodied this kind of role for him, and he demurs – well, he demurs a little. “I’ve never really looked up to a certain person – even a trans person,” he says. “I look up to ‘normal people’ and how they find happiness within themselves. I’ve been struggling with that my whole life, so I look up to people that are able to provide for themselves, do things, and take care of themselves. I’m curious, because I’ve always looked to substances and drug addiction to find happiness. I don’t really know how to do this sober, so I always look up to people that can.” It’s possible, hearing him speak, that Westling is better able to look up to himself, a person who is also now doing it, for real.