As her exhibition at the National Portrait Gallery comes to a close, we take a look back how the industry has inspired – and been inspired by – the great American artist 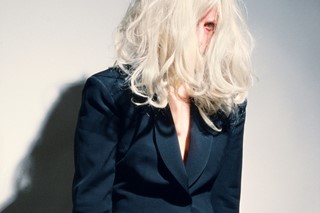 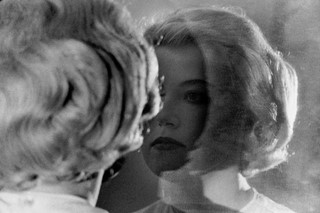 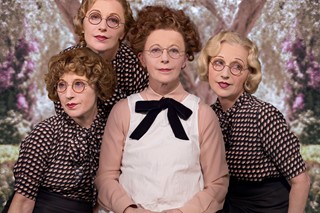 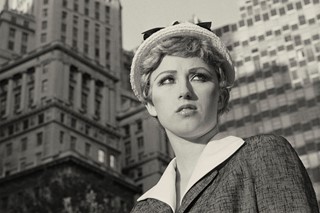 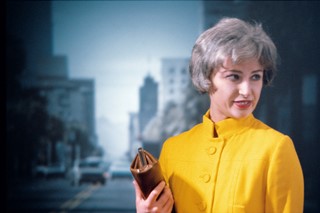 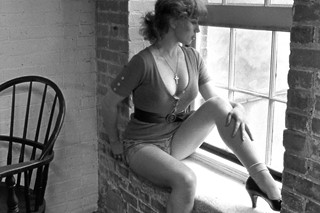 When Cindy Sherman was a child, she was given a pile of vintage 1920s clothes by her great-grandmother. This seemingly inconsequential gift would prove a pivotal moment in Sherman’s life, for it was through this pile of clothes that Sherman learned the power of transformation: through these items, she could inhabit a myriad of alter-egos. From then on, the young Sherman would scour vintage stores for additions to her dressing up collection – she even amassed a full suitcase packed with prom dresses. When these metamorphoses later became the focus of Sherman’s photographic work (which began during her time at Buffalo State College during the late 1970s) Sherman had added other methods of shape-shifting to her repertoire: makeup, prosthetics, wigs – but it’s worth remembering that this process began with the transformative power of clothes, which provided the blueprint for Sherman’s artistic trajectory.

It’s unsurprising then, that fashion has played such an integral and consistent role in Sherman’s creative output throughout her decades-long career. We’ve seen Sherman collaborate with numerous high fashion brands, including Balenciaga, Comme des Garçons, Marc Jacobs, Undercover, Supreme, and Louis Vuitton. Sherman has also explored the idea of fashion, and the implications of how its imagery depicts women in her own personal work: firstly, in her Cover Girls series, which she created in the late 70s while still studying at Buffalo State. This was followed by her Fashion series, which spanned 1983-1994. With only days to go until the closing of the NPG’s Sherman retrospective, let’s take a look back at how Sherman’s relationship with fashion has unfolded throughout her career.

Sherman’s first fashion collaboration came in 1983, when she was chosen by fashionista Dianne Benson to shoot an ad campaign for her eponymous NYC store, Dianne B. Benson gave Sherman free reign, she was to “take anything” from the store, and to “do anything” she liked with it. What Sherman took included two cone bras by Jean Paul Gaultier, which would later be made famous by Madonna’s Blonde Ambition Tour. Yet, the images Sherman created weren’t the typical glossy shots that one might expect from a high fashion shoot, Instead, Sherman inhabits a character with a red, sunburnt face, awkward posture, and who had – instead of using the conical bra to emphasis her breasts, inverted the cones inwards. Sherman continued in this vein in 1994, with a series for Rei Kawakubo’s Comme des Garçons label, where she appears – along will dolls and prosthetics – in the designer’s clothes and heavy, theatrical-style make-up, subverting the idea of the fashion model with darkly surreal imagery. In 2008, she created a series of photographs for Balenciaga where she inhabits various unflattering characters such as a “fashion victim” and “aging party girl”. Unlike most fashion photography, Sherman’s work is not intended to be glamorous, or place the emphasis the clothing – Sherman’s ads see her continue to tell stories and inhabits characters in much the same way she does in her personal artistic practice.

CINDY ON THE RUNWAY 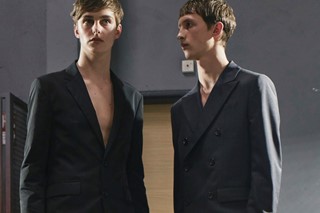 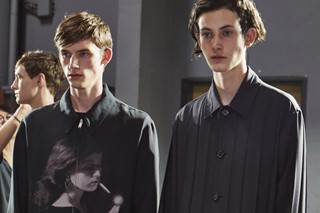 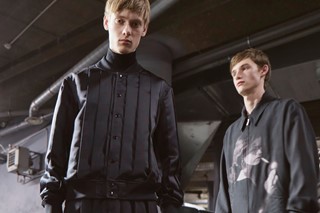 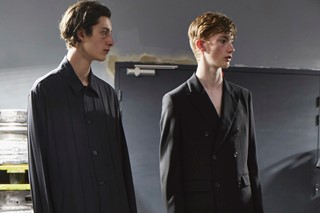 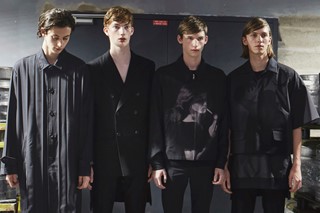 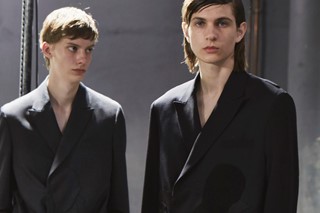 As well as shooting fashion campaigns, Sherman has been involved in both influencing and designing for high fashion collections. In 2014, Sherman joined a group of artists and designers (which also included her previous collaborator Rei Kawakubo) who were asked to redesign the Louis Vuitton trunk in honour of the House’s 160th anniversary – Sherman’s designed was based on her parrot, Mister Frieda. Sherman appeared along with the other designers in a Harper’s Bazaar shoot publicising the designs, but didn’t appear in the actual advertisements. The pictures still very much suited Sherman’s aesthetic though, as model Julia Nobis was cast, with her face painted in clownish, Sherman-esque make-up. More recently, Sherman has twice collaborated with Undercover (founded by Jun Takahashi, mentee of Rei Kawakubo), with images from her self-portraiture appearing emblazoned on shirts from the brand’s SS18 Womenswear and SS20 Menswear collections. She featured, along with Juergen Teller, on t-shirts for Marc Jacobs, has had her work feature on Supreme skateboards, and has also been an influence on Raf Simons, whose AW16 collection can best be described as “Cindy Sherman meets Twin Peaks, ft. horror films” (and yes, it’s as excellent as it sounds.)

As well as collaborating with fashion brands, Sherman’s individual work has explored the fashion industry, poking fun at the conventions of its imagery. Sherman first explored this concept with her 1975 series Cover Girls, wherein she replicated the covers of various women’s magazines, including fashion mags like Vogue and Cosmo, then recreated the images again, this time changing her expression – for the Vogue cover, Jerry Hall’s icy stare turns into a sultry wink. In the case of the Cosmo cover, the model’s half-smile turns into a grotesque expression of confusion. One of Sherman’s longest running projects; Fashion was created over an eleven year period, from 1983 to 1994. They began with her previously discussed ads for Dianne Benson, which then spawned a series of works which played with the same concept: contrasting the poised, controlled elegance of traditional fashion photography with the grotesque, the confused, the awkward. Some of the last of these images were created in 1993, when she created a shoot around this theme for Harper’s Bazaar. Almost two decades later, Sherman again created a tongue-in-cheek fashion shoot for Bazaar, this time tackling that most 2010s of phenomenon: the street style star. Edited so that her various poses fill the image, repeating one after another, Sherman pouts and poses as well as any of the Instagirls out of which she’s taking the piss. It also makes one wonder – how will Sherman’s relationship to fashion evolve as fashion itself does? We’ve already seen her join Instagram – maybe next we’ll see Sherman fake #sponcon posts, or cover one of her characters in tiny Jaquemus bags? You’ll have to follow @cindysherman to find out.