As Gap revives its archival styles, we speak with denim expert Samuel Trotman about the fabric’s cultural history

It was named for the political and generational chasm separating society in the 1960s, and ever since its foundation in 1969, Gap has sought to bridge that divide. So it follows that, in the 50 years since the Gap opened its first store on Ocean Avenue in San Francisco, it has become synonymous with denim, a textile that bridges generations, subcultures and sub-sects of society.

Now, as the iconic American brand goes into its 50th year, it is launching two new collections – 1969 Premium Denim, and Denim Through the Decades – putting Gap denim in the spotlight. Created in collaboration with Kaihara Mills, one of Japan’s finest denim mills, 1969 Premium collection spans selvedge denim, knits, sweats and the world-renowned 90s pocket T-shirt. Denim Through the Decades, meanwhile, draws era-defining pieces from Gap’s expansive archive – from the 70s Flare Fit and the 80s Workforce to 90s Original style – and breathes new life into them for a contemporary audience.

So why denim, and why now? For the past eight years, trend forecaster Samuel Trotman has worked for the likes of Stylesign and WGSN to analyse denim’s cultural resonance and predict its future paths, Here, he pinpoints the key countercultural moments from Gap’s diverse history – and the styles and attitudes informing it’s present and future. 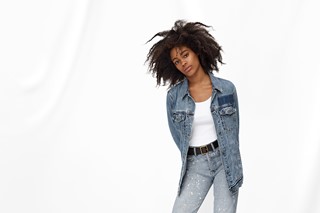 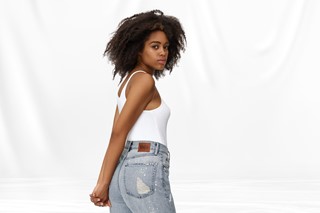 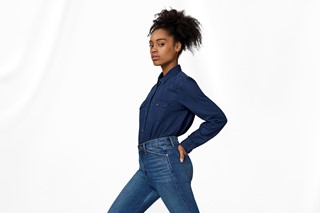 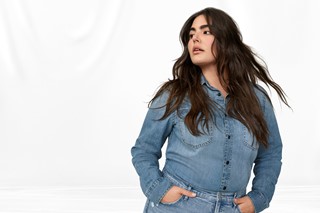 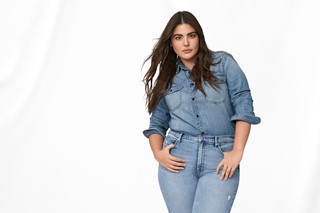 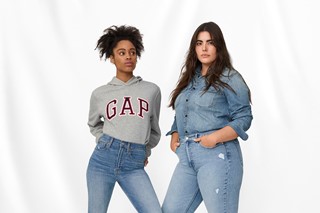 Until the 1950s, denim remained the preserve of America’s cowboys and the working class, Trotman explains. But Marlon Brando wearing Levi’s 501s in 1953 film The Wild One, followed by James Dean’s denim-clad appearances in East of Eden and Rebel Without a Cause, marked a change of pace. By the late 1960s, youth culture was changing the agenda. “Events like Woodstock and the Summer of Love in 1967 brought with them a new sartorial silhouette,” Trotman says.

In San Francisco, Donald and Doris Fisher were all too aware of the pace of change in their hometown. “Firstly, the city’s hordes of hippies sure wore jeans a lot. Secondly, it was oddly difficult to buy a cool pair in town.” Keen to capture this countercultural cohort, they founded a denim-focused store of their own – which also sold records. “Their first outpost attracted kids in droves with its orange walls, speakers blasting rock ‘n’ roll, and spinning racks of jeans. At the time, people were using the phrase ‘generation gap’ with the same anxious frequency that they use ‘millennial’ or ‘Gen-Z’ today, and so in a winking nod to the clientele they hoped to attract, the Fishers called their store The Gap.”

“The 1970s was an era for experimentation and mind expansion,” says Trotman. ”People would cut inserts into the outseam of their jeans to create a more flared hem to fit over their boots. This would eventually inspire brands to create flare and bootcut shapes” – including the Flare Fit which reappears in Gap’s Denim Through the Decades collection.

From its early origins, the brand was heavily invested in the community local to the area which it had been founded. “The Gap Foundation, founded in 1977, was an opportunity for the family to demonstrate their values, and enrich the community by creating opportunities,” Trotman says.

“While the 1970s was known for Bohemian attitudes, the 80s were all about excess,” Trotman says. “By then, denim had transcended its rugged roots.” Technology’s rapid evolution allowed brands to take advantage of new finishing techniques – and pre-worn jeans were born. “We associate this era with high-rise mom jeans and anti-fit trucker jackets, all in the era’s iconic stone and acid wash effects, which gave jeans a new street-ready style.” Subcultures adopted denim during this time, too, he says, including “the Paninaro, Football Casuals and early New York rappers.”

“Music and TV helped push denim into the mainstream in the 1990s, from the baggy jeans in hip-hop and skate culture, to Cobain’s grunge style,” says Trotman. The 1990s also saw Gap create some of the 90s’ defining ads, featuring the likes of Joni Mitchell, Spike Lee, Whoopi Goldberg and Henry Rollins. “But the most authentic looks from this era come from the mid-late 90s counterculture. You only have to look at the anti-fashion style codes of the baggy jean skaters and effortless cool-girls of Larry Clark’s Kids to get a feel for how it impacts style today.”

Now (and the future)

As for the future of denim, Trotman believes we will see a return to archive shapes, reimagined for a new audience – and they’re as radical in their accessibility now as they were when Gap’s first store was founded. “Loose, straight fits have an authentic, timeless attitude,” Trotman says. “This loosening up is coupled with a return to rigid, too, in real 100% cotton, just like in the 1980s and 90s.”

Shopping for vintage is an easy way to make your denim habit more sustainable, he continues, and if you take proper care of them, they’ll last you a lifetime. “Mixing vintage and contemporary is what’s happening now. Regeneration of your denim through customization is individualistic and authentic. Gap offers an in-store service where you can customise your denim (and other items), through distressing, patching, studding, embroidery, as well as lasering denim*.

The best way to save energy, and maintain your favourite jeans for future generations? “Wash them less – and when you do, do so on a low temperature and a slow cycle, to prolong their life. Also, hang dry, don’t tumble dry them. They’re your best friend, after all.”