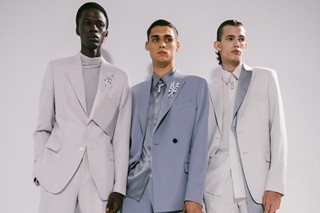 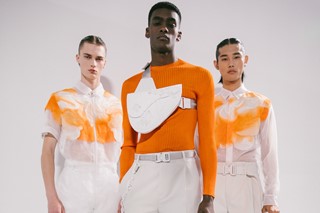 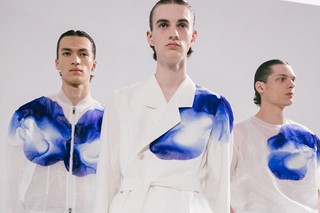 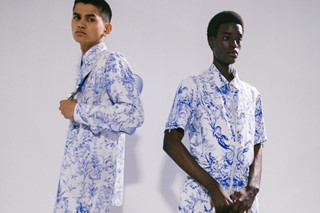 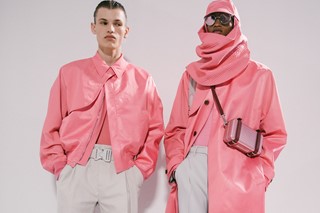 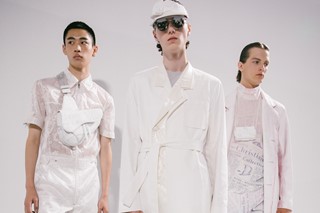 Following a brief sojourn in Tokyo where Kim Jones showed his futuristic, robot-heavy Pre-AW19 show, the designer was back in Paris to present his SS20 collection for Dior. Here’s everything you need to know.

THE SET WAS PEPTO-BISMOL PINK

In a long, narrow space lined by benches, the runway was filled with pale pink sand where four sculpted letters spelling out D I O R. Crafted from white, crumbling stone which was studded with pale crystal shards, the installation was the work of American artist Daniel Arsham – whose Future Relic works inspired a collaborative take on Christian Dior’s own clock, as unveiled yesterday.

A V SPECIAL GUEST DID THE SOUNDTRACK

AKA fashion’s favourite DJ Honey Dijon (or rather, joint favourite – step forward Peggy Gou!). Fresh from playing LFWM’s wildest party – s/o Browns – and the news that she’s collaborating with Comme des Garçons on her own line, Dijon was enlisted by Jones to create the soundscape for Dior, as she mixed house-y beats into Malcolm McLaren and The Bootzilla Orchestra’s “Shall We Dance”.

THE COLLECTION FEATURED A LOT OF FUTURISTIC TAILORING

...and lots of it. Muted, slim-fit suits were bound at the waist with silk obi sashes, semi-see-through shirts were tucked into high-cut trousers, blue-and-white porcelain print t-shirts came tucked into loose shorts, and asymmetric parkas featured desert-style protective hoods. Elsewhere, a print which resembled the pattern seen in slices of agate crystal featured heavily across lightweight track tops, trench coats, and tees, and there were a number of newspaper-emblazoned pieces which harked back to the 2000 Dior Haute Couture show and the heady days of John Galliano’s reign. Most looks were finished with heavy, cleated sole rubber boots – ideal for trudging through the sand.

ARSHAM’S INFLUENCE EXTENDED INTO THE CLOTHING ITSELF

A few looks from the collection demonstrated the artist’s unique aesthetic, with one model making his way down the runway in a Dior-emblazoned sweatshirt which looked like it had been dipped in plaster and left out in the sun to crack. Others wore similarly crumbling baseball caps.

...AND ACCESSORIES WERE JUST AS HIGH-TECH

The Saddle bag is going absolutely nowhere for SS20, with various iterations of the iconic style seen throughout this collection – including ones rendered completely from metal which first debuted in Tokyo earlier this year. Also on the line-up were silver hard-case backpacks, clutches, and vanity cases, as created in partnership with Rimowa, as well as silver brooches and Dior-plate necklaces created by Yoon Ahn. The pièce de résistance, though, was a silver, space-age Rimowa iteration of the humble coolbox, with a designated space in the top for a chilled bottle of champagne (okay fine, in our case: prosecco). Sign us up.