And everything else that happened at the show 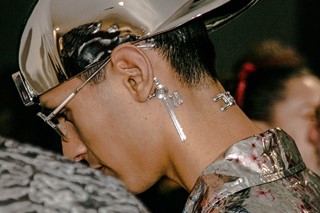 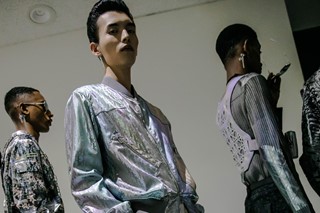 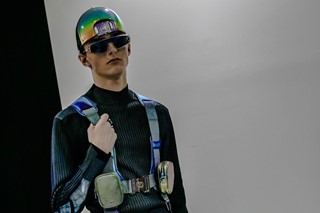 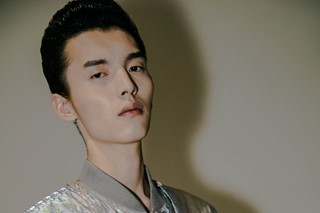 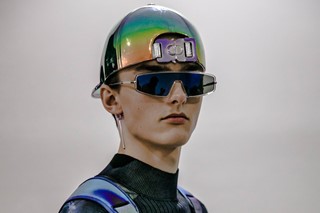 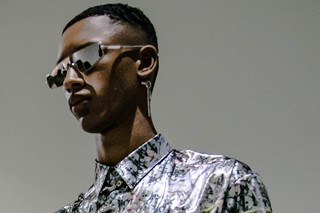 You might not know this, but Christian Dior was fascinated by Japan from an early age, having grown up with Japanese artwork decorating his childhood home. The house showed couture there as early as 1953, but has never unveiled menswear in the city – until today. For his second show at the house, designer Kim Jones took to Tokyo to unveil a high tech menswear vision, complete with robots, a new artist collaboration, and more. Here’s what went down...

DIOR TOOK EVERYONE TO THE ROBOT RESTAURANT

What better to do the night before a show in Tokyo than go to the infamous Robot restaurant? Performers – both human and animatronic – put on a show, while editors and guests ate from custom sushi boxes, waved ‘Dior’ neon glowsticks and posed on the lap of a giant robot. Appropriately, considering that it was inspired by (and bears a very close resemblance to) Paris’s Eiffel Tower, the house also took over the Tokyo Tower, displaying a new, futuristic logo from its screens.

...including an additional version of the robot sculpture that stood at the centre of the catwalk, and a reimagining of the Dior logo, demonstrating what it might have looked like if the house was founded in 2197 and Monsieur Dior was, in fact, a cyborg. This iteration of the logo also appeared on the back of some of the models' necks, along with circuitboard-style stickers behind their ears – it was as if Jones had sent an army of androids out onto the catwalk.

At Kim Jones’s first Dior Homme show, it was a giant KAWS creation that took centre stage on the runway. This time, it was an enormous piece by contemporary Japanese artist Hajime Sorayama, known for his sexy illustrations of female robots. (The artist’s work was also present on the invite pouch, which featured the Dior monogram alongside cherry blossom print and an illustration of a dinosaur by Sorayama.) As the show began, lasers illuminated the huge robot woman who featured in the middle of the spherical catwalk, shining down her silver body. The 11m-high piece, which has been in construction since mid-September, took 20 days to paint and weighed over 9000kg.

Kim Jones was inspired by the “hypermodern reality of Japanese culture” this season, sending a collection that fused traditional craftsmanship with techno fabrics and futuristic detailing out onto the runway. First came subtly futuristic articulated tailoring, with slim panelled jackets layered over roll-necks bearing the new streamlined logo and shirts with digitally cut lace hems and cuffs. Most looks were finished with the Matthew Williams-designed chunky buckles and hardware detailing first seen at Jones’s debut show in June, on a men’s version of the ubiquitous Saddle bag and fetish-y harnesses, as well as bionic man-esque jewellery by Yoon Ahn. Also on the line-up were a series of metallic pieces, including a puffer jacket and one pretty stand-out suit – the iridescent effect made them look like they’d been dipped in oil. Had the models gotten too close to a robot backstage? Maybe.

THERE WERE JAPANESE INSPIRED LOOKS

Including kimono-influenced wrap-over jackets and loose, cropped-to-the-ankle trousers, most of which were rendered in black leather and grey houndstooth tweed, and finished with at least a few chunky buckles. On the softer end of the scale, a number of looks – including a silk shirt and shorts set – featured a muted cherry blossom and android motif, as designed by Sorayama. All in all, it was a laser-beam-shooting, welcome to the future spectacular. Congrats, Kim!