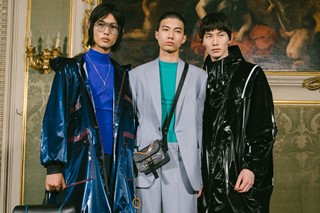 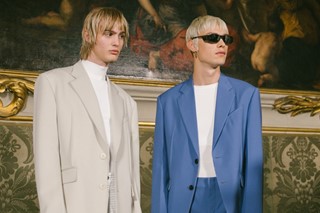 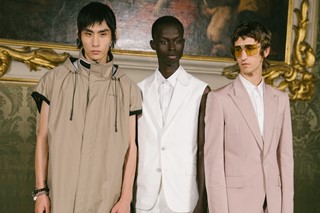 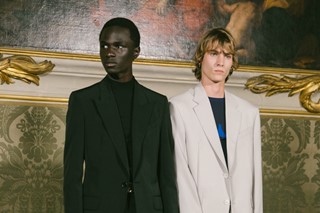 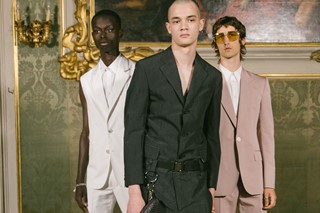 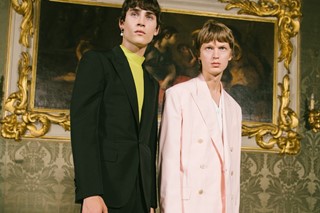 Clare Waight Keller first came to Florence on a school trip at the age of 12. Last night she was back as the special guest of Pitti Uomo, bringing 90 clubbing vibes to the menswear mecca for her first standalone men’s Givenchy show. Here’s what went down between the rose bushes in the gardens of the romantic Villa Palmieri.

THERE WAS A NEW SNEAKER COLLAB

The show unveiled a collaboration with Onitsuka Tiger: the 70-year-old Japanese brand behind cult kick Nippon Made Mexico 66TMheritage – which Clare Waight Keller herself wears. For SS20, the silhouette was remagined in an all-white colourway with signature stripes and a black edition with Givenchy lettering. “Sports and modernity,” Waight Keller said of what she called “the perfect shoe”.

THE VENUE WAS A THREE-WAY BETWEEN ITALY, FRANCE, AND THE UK

Florence has an abundance of spectacular venues, but the Givenchy team found a pretty special one: the hillside Villa Palmieri, which was apparently a fave of Queen Victoria. With English, French, and Italian inspired gardens, it provided the perfect location for a British designer at the head of a French fashion house showing in an Italian city to present exactly what she'd been working on for the last six months. Guests were seated under rose pergolas and along manicured box paths, with Zachary Quinto and Darren Criss in prime chair real estate on the terrace, and the whole thing turned into a garden party bacchanal post-show.

THE PAST AND THE FUTURE COLLIDED

The nostalgic promise of a modem finally connecting to the internet kicked off the show, as a familiar dial-tone echoed throughout the space. Titled Nouveau Glitch, Waight Keller explained she’d been inspired by Charles Baudelaire’s floral book cover graphics and Hubert de Givenchy’s family ties to French tapestry makers, but had then pixellated and spliced in a computer screen meltdown across coats and shirts.

“I’ve been looking at Korean street style, which I find really exciting. It has that sense of freedom almost similar to what Brits did in the 80s and 90s, particularly in menswear. It’s very eclectic, with heavy jewellery. A hell of a lot of thought goes in to it, it’s very considered. That melded with the idea of tribes that we’ve lost a little bit now,” she explained post-show. There was a lot of attitude and techno nonchalance to her pieces, which accessorised with single pearl earrings (very Seoul meets the Renaissance) and long cross necklaces. After all, where are you going to wear a cross if not in Florence, the city where there’s a church on every corner. Closer to God and all that.