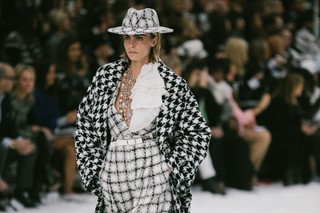 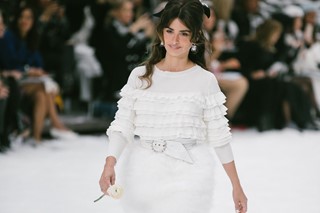 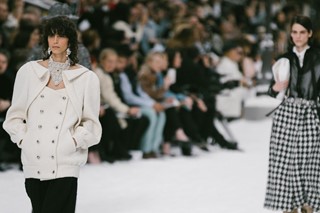 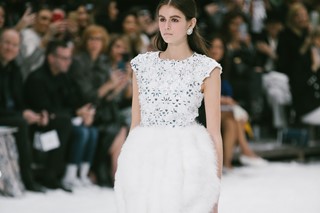 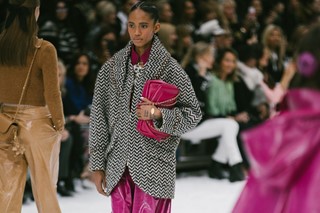 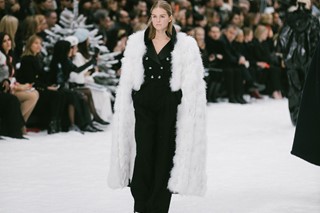 On the final day of Paris Fashion Week, the fashion industry assembled to bid farewell to legendary designer Karl Lagerfeld, as the house of Chanel presented his last ever collection this morning. As ever, the show was a spectacle from start to finish: here’s everything you need to know.

THE SET WAS AN ALPINE SKI RESORT

...which came as no surprise, given the invitations featured watercolour style prints of what looked like two crystal Chanel CC earrings lying in the snow. Picture perfect, uber ‘gram-worthy Alpine chalets with IRL smoke billowing from their chimneys were set against a mountainous backdrop, while snow-capped trees, lampposts, and picnic tables were also dotted around the space in the Grand Palais. That beach from SS19? A distant memory.

THERE WAS A MINUTE OF SILENCE

The show began with a minute of silence in tribute to Lagerfeld, who has been at the head of the house since 1983. Obviously there were a lot of tears: he inimitable designer’s legacy and impact on fashion is pretty hard to comprehend.

ALL THE CELEBRITIES WERE THERE

...AND PENELOPE CRUZ MADE A SURPRISE APPEARANCE

More on that here.

THE COLLECTION ITSELF WAS CLASSIC CHANEL

...featuring lots of herringbone and houndstooth, as well as plenty of tweed, obvs. On the line-up for AW19 were a series of puffer coats featuring CC buttons and luxe-looking ski-wear styles for the slopes, as well as chunky knitwear and relaxed leggings for the apres-ski. Towards the end there was also a few fairytale-esque puff dresses, like the one worn by Penélope Cruz.

THERE WAS A MOVING STANDING OVATION

As “Heroes” by David Bowie played – the same song used for the Fendi finale in Milan last week – the models returned to the runway in a group. Led by Cara arm in arm with Mica Arganaraz and Mariacarla Boscono (who put her face in her hands as she came down the runway), many of the models and the audience shed a tear as they bid farewell to the legendary designer.

The house is in your hands now Virginie: we can’t wait to see what you have in store for us next season.