Pull up to the bumper, baby! 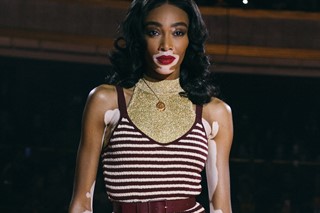 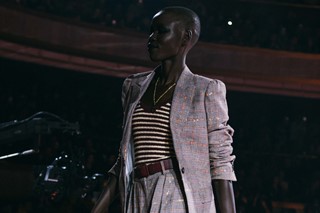 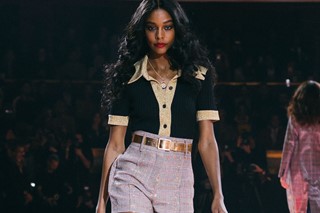 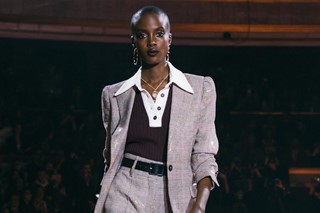 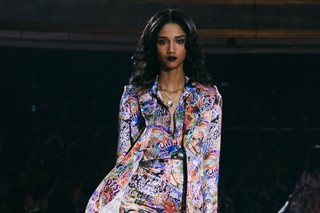 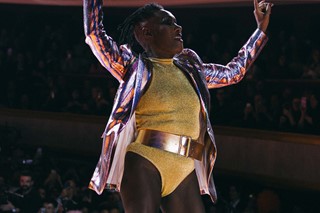 Having opened with a huge troupe of uber-impressive roller-skaters, the show had a distinctly 70s feel – as a diverse cast of models made their way down the neon-lit runway in a succession of flared trouser suits, draped, metallic dresses, and a lot of disco-ready sequins.

Having teamed up with Dazed fave Zendaya to create the collaborative collection, AW19 drew on the 1973 Battle of Versailles fashion show, which was held to raise money for the palace’s restoration and pitted American designers against European ones – with the likes of Christian Dior, Yves Saint Laurent, Oscar de la Renta, and Halston among them (Want to know more? We have you covered).

Having walked at the OG Battle of Versailles, Pat Cleveland returned to the runway alongside her daughter, model Anna Cleveland, as attendees including Janelle Monae, Gigi Hadid, and Tyra Banks – no doubt silently assessing their smizes – watched from the audience.

Bringing the show to its climax was Grace Jones, who appeared looking the absolute most in a gold bodysuit and metallic blazer and took her lap of the stage as “Pull Up To The Bumper” played, before everyone came out for the finale to a soundtrack of Sister Sledge’s “We Are Family”. PFW, there’s still three days to go: but you’ve got a lot to live up to.