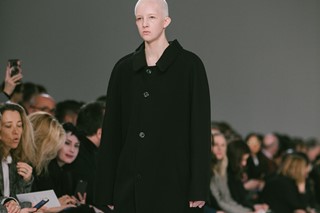 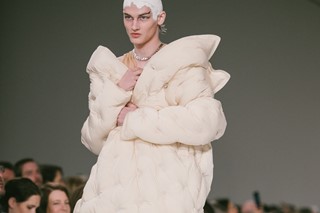 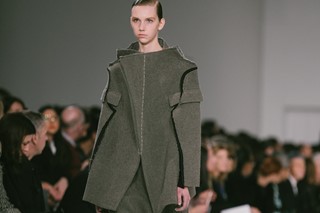 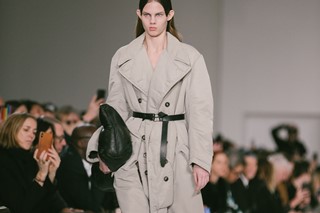 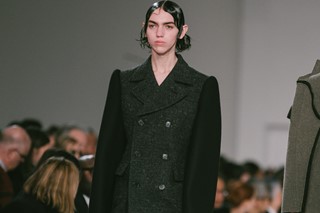 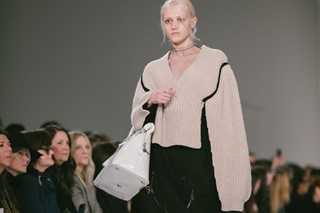 Day three of Paris Fashion Week and we’re back at Maison Margiela to find out what design legend (and unwitting ASMR talent) John Galliano has in store for us come AW19. Here’s everything you need to know...

The Dazed cover star, who recently told us about how he went from sixth form to fashion week, was first down the runway for the second time – this time dressed in a simple black button-down coat – as Tchaikovsky’s arrangement of “Swan Lake” began to play.

IT WAS DARKER THAN USUAL

Where last month’s Artisanal show offered up a riot of colourful looks covered in graffiti-like scribblings, followed by a more sombre, muted section, this season’s first half took its cues from the latter. Proposing “a purified sense of restraint,” the collection offers up an antidote to the increasingly overwhelming overload of digital information we’re hit with on a daily basis, with models taking to the runway in trousers which had been reconstructed into skirts, oversized and deconstructed flannel coats, and faux leather shorts and equestrian trousers.

...BUT THE BLACK MADE WAY FOR COLOUR

Following the procession of black looks, which included tailored suits and dresses, Galliano eventually added some colour into proceedings. On the line up today were huge, blown-up coats that drew inspiration from the now iconic Grand Slam clutch bag which were worn with multicoloured leggings, oversized patterned macs, and herringbone jackets which revealed bold patterned panels as the models stormed past.

...in the best way possible, obvs. Models stormed down the runway with paint streaked through their hair, feathers billowing from the necklines of their various looks (in reference to Swan Lake, obvs), and wild looks in their eyes. There was also a brand new iteration of the Tabi, this time presented in a vivid, abstract print. Needless to say: want.