The inclusive line-up was assembled less to make a statement on diversity, and more to be fully reflective of the world in 2019 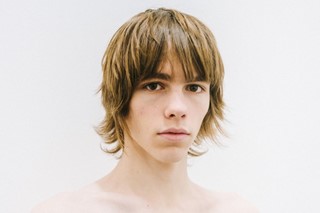 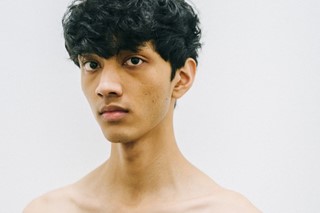 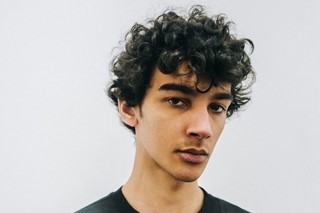 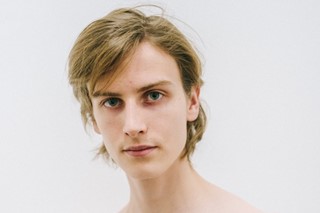 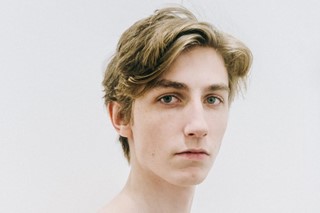 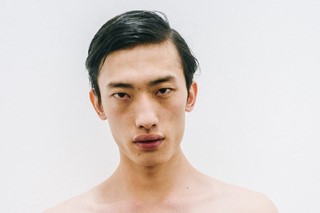 Having been invited to show as the guest designer at Pitti Uomo SS19 outing, Craig Green’s name was glaringly absent from the LFWM line-up last season. Thankfully, yesterday morning he made his return to the capital, with a show hosted below East London’s Billingsgate Fish Market. Obviously, we’re v excited to welcome him back, but Green too is happy to be on home turf: “We know where all the fabric shops and haberdasheries and everything are here,” he laughs, “It makes everything so much easier!”

The new collection started off, as always, with the idea of uniform and protection, as the designer imagined a man ‘made of glass’. “We were thinking a lot about things things that are delicate or fragile but also protected, like bubble-wrap for instance, which is such a protective material even though it’s just made from air, essentially,” says Green. “The man made of glass was something we kept coming back to: considering the traditional ideas of being a man, but knowing there’s nothing wrong with being fragile or emotional.”

The idea itself manifested in articulated, panelled overcoats, parachute-style trousers, and diaphanous tunics and trousers crafted from shiny, glass or plastic-like fibres, which shrouded each of the boys that wore them and were styled by Dazed’s Creative Director Robbie Spencer.

There were also a series of trenches which, from the front, appeared fairly simple, but as the boys strode past, the monochromatic illustrations of a woman on their backs became apparent. “She’s based on this weird painting my mum got from a car boot sale when I was a kid,” the designer explains. “I liked the idea that you had to actually be at the show to see those images, you wouldn’t be able to see them in the runway photos – you think the coats are normal, quite plain, but then on the back they’re like this full on fantasy scene.”

Elsewhere on the line-up were pieces that evoked fish scales, garments made from a material that looked like a peeling cocoon (which the studio team referred to as ‘the tarantula’ in the weeks leading up to the show) and, later on, a series of plaid looks. “I kind of think they look like weird, sacrificial picnic blankets. Obviously we’re very inspired by workwear, but we’ve never done a buffalo plaid, or a lumberjack shirt, or anything like that. The more we researched, the more we realised that plaid means so many things to so many people so it was interesting to use it in a new context.”

“The man made of glass was something we kept coming back to: considering the traditional ideas of being a man, but knowing there’s nothing wrong with being fragile or emotional” – Craig Green

Taking the audience out of the context of London was important to Green too, which is why he chose to transport the fashion crowd deep underneath the historic Billingsgate Market, and into a stark, echoing vault where time seemed suspended. “The ceilings were a lot lower than anywhere we’ve shown before. The venue has a kind of air raid shelter or catacombs-esque feeling,” he explains. “When you arrive, you have to walk along the river, so it almost feels like an escape route or something like that. And we wanted it to have this very stark, very flat lighting which made everything feel very nothing-y, as if this could be 500 years in the past, 500 years in the future, or right now, in the present.”

As well as finding the right space in which to hold the show, finding the right models to walk in it was as important as ever. Much like Green’s clothing, which toes the line between fragility and strength, his boys are slight, uniquely beautiful, and sometimes awkward – but, according to the designer, there is always a glimmer of determination in their eyes, or a certain resolution in their jaw.

Working with casting director Samuel Ellis, Green explains he is always inspired by groups of people, their uniforms: a communal way of dress. “At the castings, even if the boys are different characters we want them to feel like they’re from the same city or group in some way. We try to have a clear distinction season on season, but there’s always a continuity, even if it’s just in their bone structure or the way their eyes look. A continuous emotion is much more important than physicality.”

According to Scheinman, discussing how the AW19 collection was a study on the house’s existing codes, and how they could be examined, pulled apart and reinterpreted was a good starting-off point to begin his search for the perfect line-up. “We approached the casting in the same way, looking at it as a study of masculinity through the lens of Craig Green,” says Scheinman. “A lot of the boys this season have some very classical or traditional qualities about their beauties made new by them feeling very global – in a way, they are removed from any aesthetic that feels too singularly associated with any country or background. It’s naturally a very inclusive cast, assembled less to make a statement on diversity and more to be fully reflective of the world in 2019.”

As shot by Yu Fujiwara during fittings which took place on the eve of his AW19 show, take a look at the raw, stripped-back portraits of Green’s model cast in the gallery above, and our backstage images below. 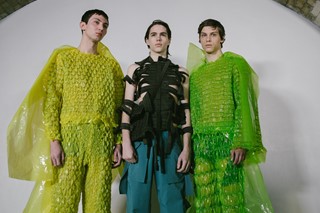 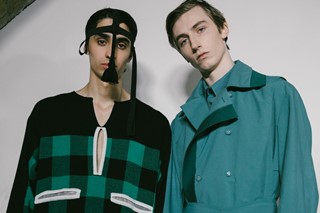 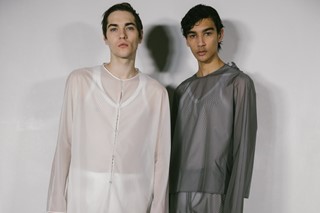 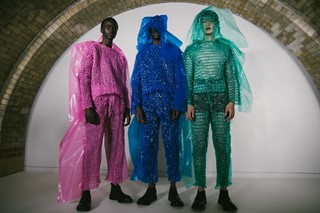 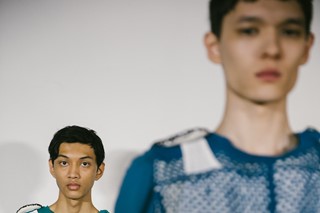 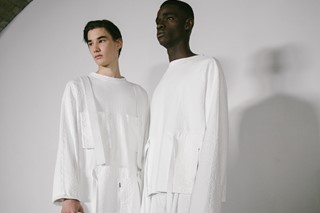