Featuring pieces from John Galliano, Yohji Yamamoto, and Raf Simons, ‘The Kimono Refashioned’ launches at the Newark Museum this weekend 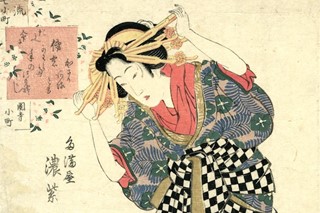 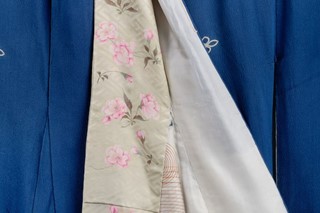 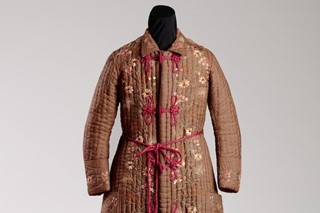 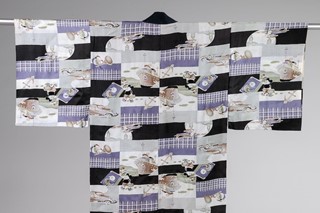 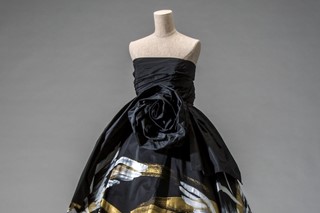 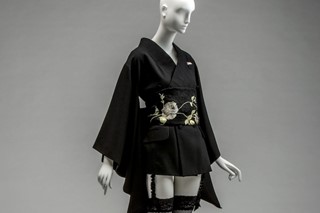 It’s a fairly well-known fact that Japan is a hotbed for innovative, forward-facing fashion. As home to some of the most revered designers around today – from Rei Kawakubo and Yohji Yamamoto, to Junya Watanabe and Issey Miyake – their success stems largely from an avant-garde approach to clothing. But behind those radical – and often pretty extreme – garments, there’s a consistent narrative between the traditional and the contemporary. A vital component of that narrative? The kimono. Its influence continues to run through fashion to this day, permeating collections by Gucci, Galliano, and Rick Owens to name just a few.

Now, a new exhibition is set to explore the impact of the kimono, opening at the Newark Museum on October 13. Originally created using crepe silk and often richly embroidered, the genderless style transcends trend and era – a point which is set to be examined and proven as part of The Kimono Refashioned: 1870s – Now! The exhibition will showcase a huge array of garments that have taken the kimono’s original 2D structure and reimagined it over the course of the last 150 years: from Couture gowns and sharply tailored men’s suits, right through to ready-to-wear and shoes.

The items on display aren’t just from Japan, though. A key part of The Kimono Refashioned is to communicate fashion’s crucial narrative between the east and the west, so expect to see pieces from Alexander McQueen, Iris Van Herpen, Coco Chanel, Raf Simons, and Tom Ford. Also on display are pieces from John Galliano’s AW94 Japonisme collection, as the exhibiition explores the delicate line between appreciation and appropriation. And for those who love art, there’s going to be plenty to see, too. Paintings by William Merritt Chase are set to hang next to prints by Japanese artists including Katsushika Hokusai, allowing those attending the exhibition an all-encompassing view of the craft’s exacting impact on both fashion and wider culture. When’s the next flight leaving?

Ahead of the The Kimono Refashioned’s opening, we spoke to curator Katherine Paul about her approach to the exhibition, her favourite pieces from the collection, and the ongoing influence of Japan’s most famous garment on fashion.

Why did you decide to curate an exhibition around the kimono?

Katherine Paul: Akiko Fukai, who’s the founding director of the Kyoto Costume Institute in Japan, initiated this exhibition: it’s something she’s really passionate about and wanted to collaborate on with institutions around the globe. Part of the collaboration with the Newark Museum was to celebrate and promote the ways that Japanese textiles, motifs, silhouettes, and tailoring have laid the foundations for current fashion, and for the future, too. But it’s also about working in harmony with historic collections like those at the Newark Museum, starting with the earliest interactions between Japan and the outside world, all the way through to our contemporary collections of Japanese and Japanese-inspired clothing.

How are you using the kimono to present a conversation between Japan and the West?

Katherine Paul: One of the things that I think is really useful for this platform in particular is thinking about how early global consumers and global fashion began. People think about how interconnected we are as being much more recent than it really is. But starting from the 1800s in Japanese, the Emperor was embracing Western fashions at the court level. So from that point forward, it was very dynamic in Japan as well as in the West for how clothing was working. International mills with cloth for sale, international designs for clothing… One of the highlights of the collection is actually a Japanese-made quilted dressing gown from 1883, later versions of which were sold through Liberty of London. We’re really looking at the USA and London’s connections from the 1880s onwards.

“One of my favourite pieces is a Mickey Mouse kimono from the 30s. There’s this great image of him wearing a top hat, and he’s strolling along with the luxury liners and cars that Japan was producing during that time” – Katherine Paul

How have Japanese designers evolved from that starting point?

Katherine Paul: Well, so many things go into fashion today. Technology goes into fashion through new techniques for dying things, new fabrication, 3D printing, and so on, and Japan has been on the cutting edge of those ever since the industrial revolution. So Japan pioneered the polyester pleating press techniques which many houses are now known for – Iris Van Herpen’s clothing is related to innovative Japanese  techniques for microfibres and polyester, for example. But also even that concept of whether a garment wears a person or whether a person wears a garment is very important. Those two push-pulls of when the fabric conforms to the body versus the structuring in corsetry, for example, so that the clothes are fitting on the body, rather than conforming to it.

Aside from Iris’s work, you’re also showcasing pieces by John Galliano, Sarah Burton for McQueen, and Tom Ford for Gucci. Why did you choose to show pieces from these designers?

Katherine Paul: The modern pieces we’ve selected are important because they continue the conversation. They relate to a previous conversation, but at the same time make something completely new again. The new doesn’t actually start from nowhere, it starts from this fascinating parade of clothing and footwear throughout history.

Do you have a favourite piece from those on display?

Katherine Paul: I actually have two. One of those is a Mickey Mouse kimono from the 1930s. There’s this great image of him wearing a top hat, and he’s strolling along with the luxury liners and luxury cars that Japan was producing in the 1930s. But I also really love Yohji Yamamoto’s jersey gown, which has some really ornate brocade on the skirt. The pairing of these two different types of textiles speaks of elegance whilst conforming to the body. It also has a great nod to the history of the obi – the Japanese belt that was used to tie the kimono, but looks very 21st century.

You also mentioned earlier that some prints are being exhibited alongside the garments. Is this an important communication for you?

Kathrine Paul: Absolutely, because designers take their inspiration from paintings and prints as well as the natural world and other garments.

How does that feed into your narrative?

Kathrine Paul: Well, in the 18th century prints you’ll see a black and white checked belt which one of the courtesans is wearing. That’s then mapped onto dresses using that same black and white print, but with contemporary modifications. There’s also cocoon shaped coats made famous by Vionnet or Coco Chanel, with references to Nobu prints too. They’re really beautiful.

How do you think Japan is continuing to speak to the fashion industry today?

Kathrine Paul: I think it’s an extremely vital aspect of the fashion industry as it currently stands. Japanese fashion shows in Paris, New York, Hong Kong and Tokyo… it’s really a global market of fashion consumption. That’s felt all the way from streetwear to anime culture – both of which are currently thriving – to the highest of fashion cultures. Just look at the Rei Kawakubo show at the Metropolitan Museum of Art last year, if you’re looking for an example.

The Kimono Refashioned: 1870s – Now! opens at the Newark Museum on October 13.