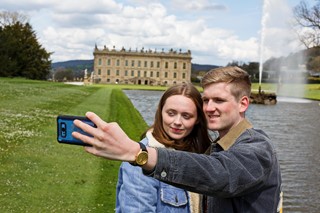 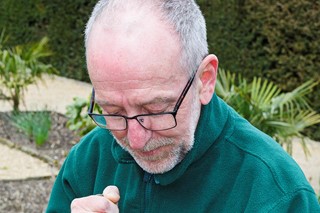 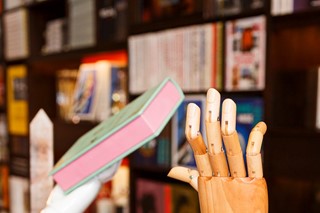 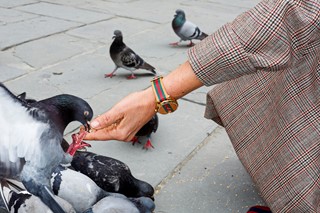 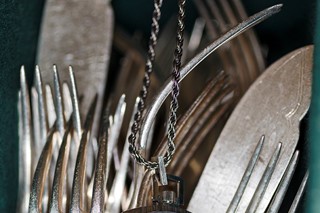 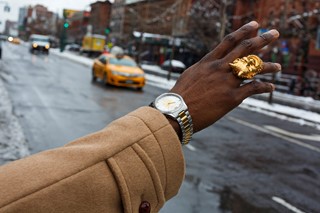 It’s more than likely you’re familiar with Martin Parr’s work: the legendary British photographer has made a career travelling the world and capturing its inhabitants going about their day-to-day. From sunbathers in Benidorm and families braving the rain at the seaside, to sightseers in Hong Kong and Yorkshire’s Friday night chip shop customers, his images capture seemingly mundane moments and turn them into bold and often humorous snapshots of everyday life.

Now, the photographer lends his eye to Gucci, after the label enlisted him to shoot both its men’s 2019 cruise lookbook, and its new watch campaign – which launches today on Instagram. Entitled #TimetoParr, the series demonstrates his unmistakably ‘candid’ aesthetic throughout, as he captures subjects at various special Gucci Places around the world: including Chatsworth House in Derbyshire, Dapper Dan’s Harlem atelier, and the Gucci Garden in Florence. Those Parr shot include a couple taking a selfie (v meta), a woman eating a banana, and a man hailing a cab. And on their wrists? Gucci’s expertly crafted timepieces, of course – which proved a bit of a challenge to shoot, according to the photographer.

“With the shoot only comprising watches, it took some time to work out how to make an interesting picture – you know, you have to be quite close to them to show all the details, and the surroundings can’t detract from them, so they can’t be too busy,” he explains. “I like solving problems when it comes to photography though, that’s the fun of it for me. How can you make an interesting photo given the constraints you’re working under? That’s what I was thinking about, and I think we pulled it off.”

For Parr, who is more at home capturing unwitting subjects in IRL scenarios, the Gucci project was one of his first major fashion campaigns. In much the same way as his signature photography style, Parr is candid about how the collaboration came about. “I actually didn’t know that much about Gucci – I mean, I’d heard of them, of course, but that’s about it,” he laughs. “It seemed like a pretty interesting label though, the clothes are quite funky, and you get quite a lot of creativity thrown in. And of course, working with a brand like Gucci means I can invest in my own work and help run the foundation I’ve set up, which is very important to me.”

The collaboration apparently won’t be Parr's last foray into fashion, though, as he explains he has suddenly found himself in demand throughout the industry. “I’m actually turning into a fashion photographer, I don’t really mean to be one, but it just keeps happening, people keep commissioning me,” he says. “With Gucci, we literally flew around the world in a week: we went to Hong Kong first, and then to Tokyo, LA, New York… Then three places in Italy, and two in England. It was amazing, but slightly overwhelming. Will there be a next time? Maybe – but hopefully the next shoot will stay in one place!”

Take a look at the gallery above.