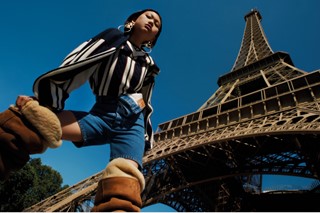 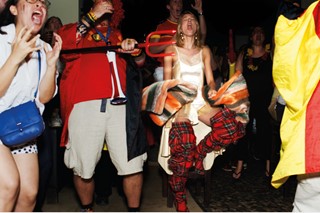 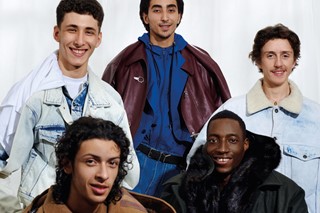 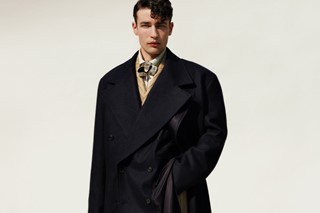 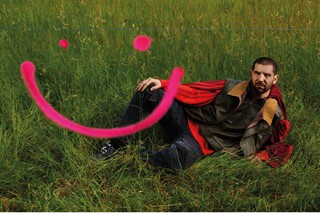 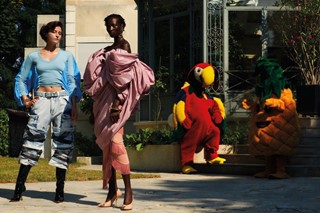 Y/Project’s AW18 show saw the Parisian label continuing to experiment with its signature elements. Designer Glenn Martens’ collection featured playful coloured stripes, layered textures (including some particularly luxurious-looking faux fur), and another collaboration with Ugg in the form of thigh-high heels. Its accompanying campaign is appropriately idiosyncratic, too, celebrating diversity in a series of eclectic images.

As is the norm for Y/Project, the campaign – shot by Dazed 100 photographer Arnaud Lajeunie – takes a friends and family kind of approach. Bouffant ruched dresses, masculine tailoring, and of course those knee-high Uggs, are all modelled by members of Martens’ intimate inner circle, from friends to PR people to graphic designers. It’s an attempt subvert more classic fashion campaigns – in which, as Martens points out, “all images are a variation of one another” – with something more personal. “I constantly get inspired by the people around me. It just seems natural to reflect that by having them in our campaigns,” the designer adds.

Though some of the images are more conventional portraits, allowing the clothes to speak for themselves, others have more unusual touches. In one, two figures dressed in a parrot and a pineapple costume, respectively, lurk in the background. Martens explains that the costumes were originally a reference to the work of the Swiss artist duo Fischli & Weiss, but became something of a running joke. When Ursina Gysi began styling Y/Project’s shows, the head of the studio convinced interns that she would only eat fresh pineapple and now, at every show, he asks the latest intern to buy her a pineapple. “It’s super cute as they ask her how she wants to eat it. Should it be cut in pieces or slices?” Martens recounts. “She actually doesn’t really like pineapples that much.” The fact that this running joke made it into the label’s AW18 campaign should tell you everything you need to know about his commitment to a personal touch (and his sense of humour).

“Y/Project is all about enjoying and having fun,” says Martens. “I want people to be happy when they wear our pieces so our imagery needs to reflect that.” This desire, as ever, is obvious in both Y/Project’s collection and its campaign. “Then again,” the designer concludes, “that's just my own take on fashion. Every designer should do what he feels.”