The Italian designer looked to Alison Bancroft’s book ‘Fashion and Psychoanalysis’ for inspiration at Dior, questioning whether it was possible to push forward couture while still staying true to its rules 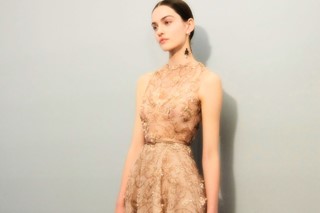 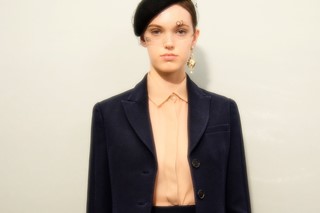 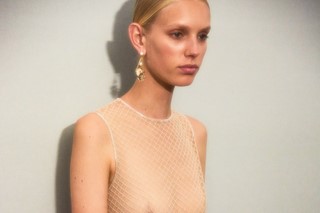 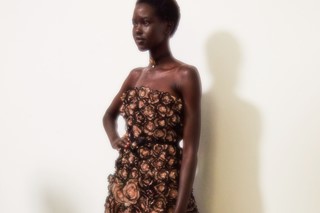 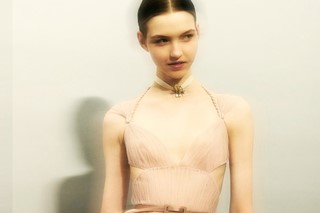 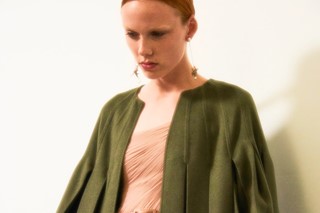 We’re now well into the third day of AW18’s Haute Couture shows, with off-schedule presentations from Miu Miu and Vetements down, and Chanel and Maison Margiela’s shows still to come. But we’re getting ahead of ourselves: first up, we’re at Dior, where Maria Grazia Chiuri set out to redefine couture for the modern woman. Here's everything you need to know.

THE SET WAS TAKEN FROM DIOR’S SMASH EXHIBITION

Christian Dior: Couturier du Rêve took place in Paris throughout 2017, and saw queues snaking around the block the whole time it ran. At the centre of the exhibition was a room featuring floor to ceiling mannequins dressed in toiles – the pieces created from cotton calico which act as a mock-up before the final garment is made. The room was recreated in the show space, with alcoves in the walls displaying dresses, jackets, coats, and various other styles.

WHICH TIED IN TO YESTERDAY’S ANNOUNCEMENT...

…that the exhibition was set to make its way to London, as the V&A’s major fashion show for 2019. When the exhibition was in Paris, over 700,000 people visited and the average queueing time was over four hours. So, basically, get your tickets now.

A BOOK ON FASHION AND PSYCHOANALYSIS WAS AN INSPIRATION

Alison Bancroft’s Fashion and Psychoanalysis, a 2012 book which explores 20th century fashion through the lense of psychoanalytic theory, was an inspiration for designer Maria Grazia Chiuri this season. Particularly, it was Bancroft’s chapter on haute couture, which explores the “irrational, decadent, and maligned world” of fashion’s most exclusive sector. As the designer explained in the show notes, she was exploring whether it was possible to stay faithful to the rules decreed by the Chambre Syndicale de la Haute Couture, while simultaneously breaking them down to create a new order.

THE COLLECTION ITSELF WAS A NEW, PROGRESSIVE TAKE ON COUTURE

...which was designed to empower rather than restrict. In the time since she took the reins at the historic French house, Maria Grazia has made her commitment to celebrating and championing women clear, after all. This manifested itself in dynamic takes on classic Dior tropes: slim-fitting but loose bar jackets and trousers that skimmed the ankle, pleated capes, embroidered kimono-style smoking jackets, and floor-sweeping gowns, all in soft, feminine shades of blush and nude with khaki and navy accents. A key accessory was a black beret with a net veil. As worn by many of the models, it was a look that tread the line between tradition and modernity.

At the end of the show came a series of colourful, feminine gowns crafted from luxurious silk satin. Models wearing them included this year’s Dazed 100-ers Adesuwa and Gisele Fox, who took over the @dazedfashion IG ahead of the show. Head here to check it out.