Founded by photographers Rosie Matheson and Reuben Selby, Contact aims to be ‘the people-first agency’ 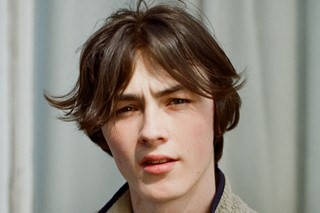 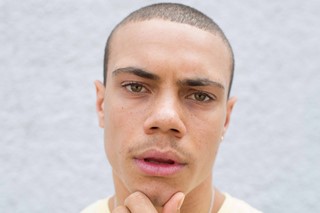 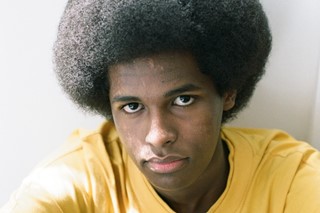 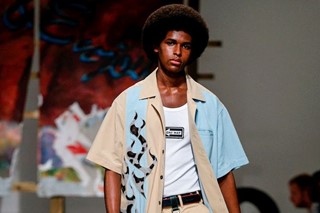 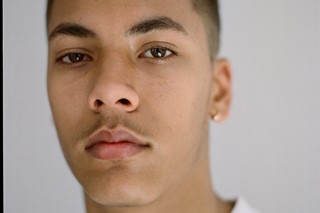 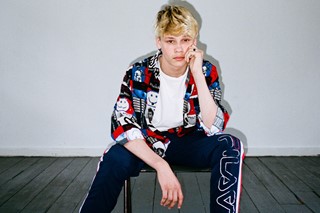 Thanks to Instagram, the landscape of model casting has been changed completely – now anyone, anywhere can find faces from all over the world for shoots, shows etc. On the one hand, this opens up opportunities globally, but on the flipside, it means the more face-to-face side of being a model agent is lost.

Two people trying to bring that back are photographers Rosie Matheson and Reuben Selby, who have launched their own agency that aims to revive the element of human interaction when it comes to casting.

The pair first met when working together on Matheson’s ongoing photography project Boys, and soon became friends. Not realising they had become casting agents, the pair realised a lot of the new faces they found were quickly signed to agencies. “The amount of boys we’ve put out there and signed to other agencies and helped them out, it came to the point and we just thought ‘Why don’t we give it a go ourselves?’’, Matheson tells us.

This manifested in the form of Contact, an agency that launches its website – designed in partnership with Oli East – today. Separating themselves from some of the larger agencies, Matheson and Selby are keen to have a closer relationship with models they represent, rather than seeing it as a purely business relationship.

Elsewhere, the two are working on technology to further separate themselves from the pack – an app which gives power back to models when it comes to the jobs they’re booked on. “I’d go to an agency and you have these long tables of 20 bookers on each table,” Selby explains. “It blows my mind because all those people are doing is organising calendars and that should be instant.” Instead, once created, their app will allow models to choose the jobs they want, and give them all the information they need in one place. It also frees up the pair to be able to support models, and do the most important part of the job, scouting – “what we’re interested in!”, Matheson says.

Here, we talk to the pair about Contact and what you can expect from it.

How did you both first get into casting?

Rosie Matheson: Since 2015, I’ve been working on a project called Boys and Reuben played a main role in that, in the casting of the boys. We’d walk around Brighton and look for new faces to be part of the project or look through Instagram for interesting, cool people. We were so focused on the project, we didn’t realise we were casting new faces from quite an early stage in our friendship and work relationship. We’ve always been doing it since we first met and that’s how we first started working together.

Reuben Selby: I take pictures myself as well, so I was always doing a similar thing and tried to find interesting subjects. I’ve gone down a bit more of a fashion route, because I’ve worked with designers casting for shows and for magazine editorials and my own editorials too. I’ve assisted a lot of fashion photographers, stylists, and casting directors – I just tried to get as much knowledge of the industry as possible.

Why is casting an important part of your creative process as a photographer?

Rosie Matheson: I like that it comes from me as much as possible, rather than having a massive team doing everything for me. I’d rather do as much as I can because in my head I know exactly what I want. The casting is a central point, not just for the ’Boys’ project, but also whatever I’m working on. Casting is one of the most important things for my aesthetic for sure.

Reuben Selby: I think you have to have interest in the subject. That’s what it is with all the guys we’ve casted, it’s more like when you see that person. You can see what they could be doing. It could be an attitude or even the way they hold themselves, it’s just more of an impression.

“We just want to develop proper relationships, the industry is very cutthroat and I think models aren’t really appreciated as having their own feelings” – Reuben Selby

What is your approach to casting?

Reuben Selby: Me and Rosie would much rather wander around with our cameras and first take a portrait and start a conversation, than be like scouts hanging around outside Topshop on Oxford Street with their clipboards – it’s just really cringe. We just want to develop proper relationships, the industry is very cutthroat and I think models aren’t really appreciated as having their own feelings.

Rosie Matheson: We enjoy doing it through conversations, we want it to be a lot more personal and friendly. We’re of a similar age to a lot of people we work with so it’s a different experience to having 40-year-old model scouts looking for all these 16 and 17-year-olds. We’re more on their level and we want it to be more of a friendly relationship.

When did you decide that you wanted to start your own agency?

Rosie Matheson: There’s lots of people that we’ve spent time photographing – especially in ’Boys’ – and everytime you get to know them a little bit more. There’s a lot of advice that they were seeking from us because we had this different relationship which was just hanging out, taking pictures as friends. They still message us now asking ’This was the payment term, is this right?’, so it just made a lot of sense to operate it ourselves.

Reuben Selby: I think quite an important thing is, all these guys are asking for advice, they’re all asking what they should be doing. Even the people that are with big agencies, I test-shoot a lot and I’ll shoot boys from all different agencies, I don’t want to say any names, but a lot of them would be asking ’Is this right? Am I in the right place?’ they have so many doubts I think that aren’t being answered. I think that’s because of the lack of proper relationship between them and the agency.

What do you want to offer that you don’t think bigger agencies can?

Reuben Selby: You hear so many stories from models talking when you’re on a shoot and they would say ‘I was sent to this thing and I didn’t even know what it was and I never got my pictures back’. There are so many cases like that and if the model had a foot in being able to make a decision, that wouldn’t happen in the first place.

Our place would be having that conversation, laying it out to them and it would be up to them whether they want to pick it up. I think it’s important that they know exactly what it’s for so they can turn up and enjoy the experience.

Rosie Matheson: For massive agencies, there’s a communication breakdown because the models are not getting the full support they might need. It’s easier for us because we have that existing relationship and they trust what we say.

What are you looking for when scouting new faces for the agency?

Rosie Matheson: I’m really interested in interesting people who do fun things. That sounds like a classic model but they also look very different to other people, so we did a casting day in London and invited loads of people along and photographed them all. Meeting people you can just tell if there’s an energy to them, we’ve got a couple of great ones booked already: booked to walk in a Liam Hodges show, booked magazine shoots. Before we even launched the site.

I like people who look a bit different from others. There’s a kid we just signed and he’s got a birthmark on his face that he’s clearly been hiding in his images and I think it’s cool that he’s going to grow to love that, because that’s what a lot of people are going to say: ‘that’s cool, that’s different’.

Reuben Selby: We find people who have a unique look, something that is different about them. I don’t want to contradict myself but sometimes I feel people cast somebody just because they’ve got something different. It’s something that needs to be celebrated but when you’re trying to find somebody just for a trend, that’s what I don’t like.

You’re also working on innovating the system in which models are booked. What is the idea behind it?

Reuben Selby: To develop a new booking system where you wouldn’t have to have all the salaries for bookers, meaning you would then be able to drop the fee for models down to five or ten per cent.

You would still have someone to moderate the jobs coming in but it’s something came through it would be up to the model to see because all their calendars would already be uploaded to the system so they would know if they’re free. They could find information about what the concept is and then make the decision themselves if they want it or not and that would be whether it’s worth their time.

“I feel people cast somebody just because they’ve got something different. It’s something that needs to be celebrated but when you’re trying to find somebody just for a trend, that’s what I don’t like” – Reuben Selby

Have you had any difficulties in launching the agency?

Rosie Matheson: We’ve had a few top model scouts sort of calling us up and telling us we can’t do these things and they know our addresses, where we live and that we can’t sign people – that is the reality of the industry. What we’re operating is very different to how a lot of the industry is run as a money-making machine.

What are your plans for moving forward with the agency?

Rosie Matheson: I think our casting is strong and it’s worked so far. We know what we’re doing, we’ve got an eye for what people like and what we like, and I think that in itself will carry the agency quite well.

The fact that we’ve already booked the latest models through our Instagram is crazy as we haven’t officially launched yet. We’ve just got to keep doing what we’re doing and staying with our original eyes and image.

Reuben Selby: When we have this new app, you wouldn’t need a booker, you would only need one or two people overseeing everything but that’s it. The most important thing would be scouting and that works perfectly through our eyes as photographers. We’re both extremely creative people and we want to stay creative.