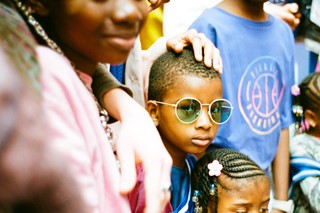 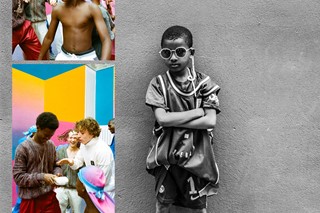 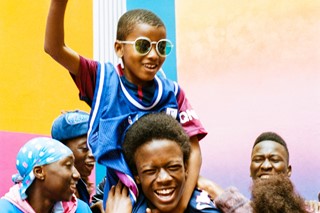 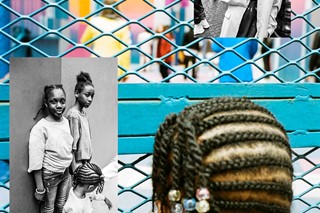 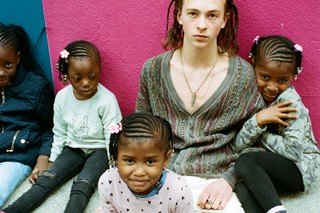 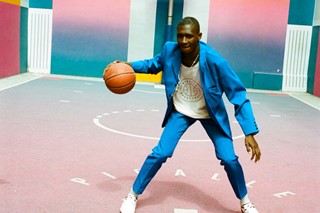 Paris-based label Pigalle’s latest collection, Sunset to Duperre is a tribute to the streets its founder, Stéphane Ashpool grew up on. Inspired by the way a new generation of youth have built their own community on the area's instantly-recognisable basketball court, Ashpool enlisted photographer Dexter Navy to document the lives of the kids in the city’s 9th arrondissement.

The newly-released images feature Ashpool’s friends, family, and neighbours wearing a series of looks from the collection, with hoodies, shorts, and blazers in bold colours all key. The inspiration for the offering came from the designer’s own wardrobe. “A suit jacket and a shirt or hoodie has been my style since forever. So that’s the way we decided the kids should kick it, with their own style of course,” he explains.

Stylist Yesawi describes the collection and the way it’s worn by the ‘models’ as an embodiment of the Parisian sense of style, the neighbourhood the series was shot in, and the vibrancy that fills it. “We were inspired by our own upbringing, growing up on the streets, and having fun. Stéphane has done such an admirable job bringing together this community and after spending some time with these kids, they feel like family, ” he says.

The inspiration behind the shoot draws from the kids themselves, with Navy stating that his aim within the project was to manifest “the energy of Pigalle and the energy of being young, with no cares in the world.” Capturing the vibe of a regular weekend, the trio of creatives use basketball to highlight the diversity of youth culture in sport. Yesawi explains that, like any team sport, basketball is a universal language: “no matter where you come from, once you’re on the court, you connect with others instantly.”

‘Sunset to Duperre’ is now available at the Pigalle Basketball boutique in Paris.