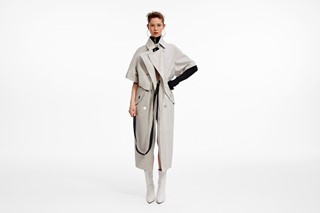 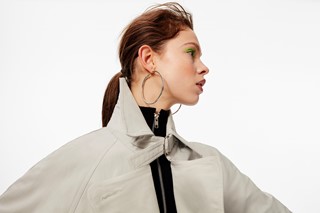 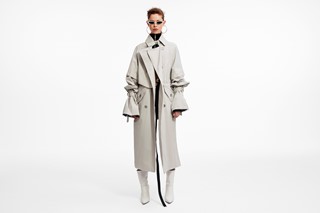 The ASOS Fashion Discovery prize is a scheme run by the global online retailer designed to alleviate the initial pressures which come with being a young designer. The aim is to give a few lucky winners (two people won the full prize this year, Wesley Harriott and LYPH, with one People’s Pick winner, Desree Akorahson) the chance to flourish without the financial strain and business confusion some young designers have to deal with when they’re starting out.

And this is exactly the case for one of this year’s winners – LCF graduate Ricky Harriott, of brand Wesley Harriott. The designer, whose clothes have already been seen on the likes of SZA and Kylie Jenner, is about to make even more waves now that he’s been given the opportunity to take his wares to a wider audience through the prestigious ASOS prize. The prize offers prize money, a platform to sell your wares on ASOS, and one-on-one mentorship from industry experts.

“My entire life as a kid was following stories of powerful women and how they overcame,” Harriott told us. “My mum – without sounding too ‘sob story’ – had me when she was 17 years old. She was homeless, and she raised me.” Not letting that limit his prospects, the designer continued pursuing his dream. “In my spare time I was reading comics. I became obsessed with designing costumes for my favourite comic book characters – just sketches when I was six. But when I was 11 I actually started drawing and designing for women, and I naturally followed that through to college, then university.”

Off the back of his big win, we caught up with Harriott to find out how he’s feeling, what makes the perfect garment, and who he’s desperate to dress.

How does it feel to have won the Prize?

Ricky Harriott: It’s quite literally changed my life. I’ve been working for so long, but being able to put my work in a place where people are able to get hold of it has been something I’ve wanted for a really long time, and winning this will finally give me the chance to do that with a lot more resource  and a lot more confidence. And it’s validation; I’m really hard on myself, and this has allowed me – for a second – to think ‘you’re good!’.

What have you learned throughout doing the process?

Ricky Harriott: Being a young designer it’s just me, my studio; I’m like a one-man band. When you’re in it, there’s so much room to doubt yourself. But I’ve found with each collection, and especially with the one I presented to ASOS, I learned what I’m capable of. Without endless resource or endless streams of cash, you realise that when you really want something just how much you can get it done with what you have. I’ve learned how savvy I am. And through the competition, I also found that my attention to detail was something which shone through in my work. I realised how particular I am in terms of communication, trying to make myself stand out.

Now on to your clothes: where do you see your work sitting in the contemporary fashion landscape?

Ricky Harriott: For me, Wesley Harriott definitely centres on social commentary. When I started my brand it was about really addressing what really is sexy: I think power is sexy. It’s a dialogue about how women move through the world today: my love affair with women in comic books, anime, and in life – it’s a love letter to women. There are also a lot of sustainable practices that run throughout my process: everything is sourced and made in London.

What do you think makes a brilliant piece of clothing?

Ricky Harriott: For me it’s always silhouette, structure and shape. You can hide behind print, you can hide behind texture, but you can’t hid behind cut. So I’ll make a jacket seven or eight times to get the cut just right.

If you could dress any three people in the world in a full Wesley Harriott, who and why?

Ricky Harriott: I’ve been lucky to dress people I really admire. But, of those I haven’t: first of all, it would be Rihanna. I mean that’s such an easy answer, but for me she’s always been a representation of brilliance; she’s unapologetically herself. If you put her in one of my suits it would be a moment. Second, I think Chloë Sevigny: the way she wears clothes it’s as if everything was made just for her. I’d love her to just throw on something of mine and make it her own. And then third – bare with me it will make sense – is Lucy Liu as her character in Kill Bill: O-Ren Ishii. Like, her character in Kill Bill is quite literally a mega muse.