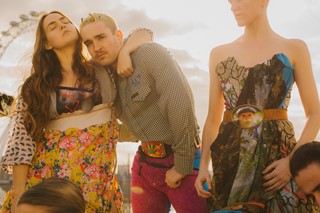 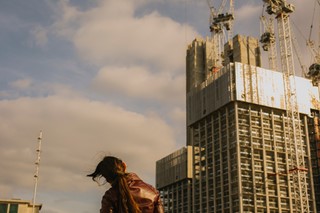 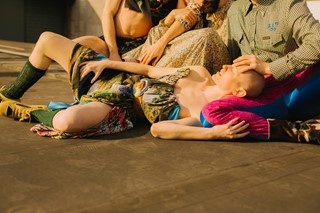 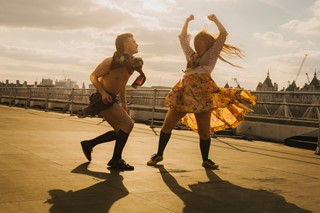 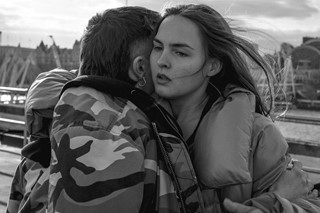 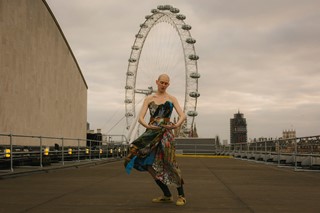 “It’s a reimagining of the cowboy, and a reimagining of masculinity, femininity and spaghetti western storytelling,” says choreographer Holly Blakey of her new show, Cowpuncher, which has its world premiere on London’s Southbank tonight. “A new harlequin dancefloor has just been laid in the Queen Elizabeth Hall, and we are the first company to step on it.”

Blakey joins forces with Oscar-nominated composer Mica Levi (who created the scores for Jackie O biopic Jackie, the incredible Under The Skin, and Innn, an opera written by Dean Blunt), who provides the show with a stirring, atmospheric soundscape. Toying with the structure of the classic Western, the pair transform something familiar into something different entirely. “I’m always interested in amalgamating styles to create a new dialogue, between dancer, audience, and contemporary culture,” explains Blakey. “With Cowpuncher, it was exactly the same. How do cowboys dance? How do we become something new in this Wild, Wild West? Beyond anything I’m ready to harness some change. I believe in this little line dance.”

This new frontier sees dancers swagger and strut across the floor, as their movements and interactions question identity and sexual politics in Blakey’s inimitable way. And as if having the choreographer – who’s previously worked with the likes of Dior and Gucci on a series of creative campaigns – and Levi join forces wasn’t enough, the show’s costumes come courtesy of Andreas Kronthaler for Vivienne Westwood. “I’ve always connected with Vivienne, culturally, historically, aesthetically. She’s also Northern, like me. I don’t know why that means something to me but it does,” says Blakey, who’s based in London but grew up in Yorkshire.

Featuring garments from Andreas Kronthaler’s SS18 collection, the costumes add another facet to the show. “The clothing in Cowpuncher allowed for something really wonderful to happen, it ended up being a true collaboration that pushed forward the characters’ development,” says Blakey. “We asked ourselves ‘who should wear the cowboy boots, and who should be in a dress? Those things were decided before the full rehearsal process and set the wheels in motion, allowing space for things to journey and shift through new avenues throughout.”

The approach sees the line between genders blurred and distorted, as the typically masculine cowboy is reimagined wearing a Vivienne Westwood dress in place of the stereotypical checked shirts, denim jeans and chaps. “For me, the costumes offer depth and perhaps something a little unexplainable,” adds Blakey. “They’re on the nose, true to our theme, frank, playful, and they often make me smile. To be super honest, if I could harness a tiny proportion of Vivienne’s spirit, and how she injects her creative practice with something freeing and unapologetic, into my own work, I’d sleep very well.”