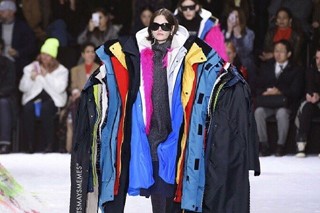 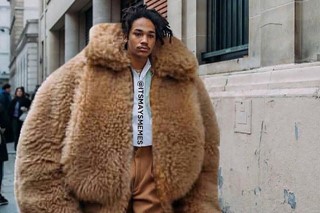 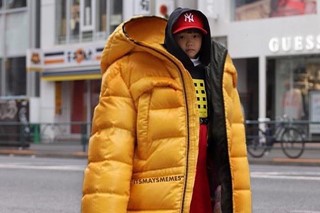 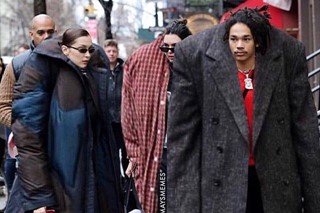 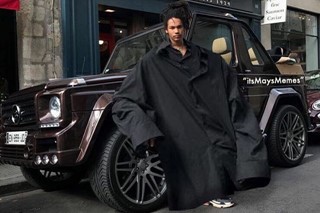 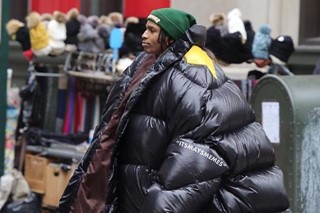 Over the course of the last few seasons, you might have noticed that clothing – and particularly outerwear – has been expanding at an unprecedented rate. Infiltrating catwalks (quite literally – these looks take up serious space) at Raf Simons, Acne Studios, Vetements, and Balenciaga, ‘the bigger the better’ is most definitely the mantra of the moment when it comes to fashion right now.

Someone who’s not sure that clothes have quite reached epic enough proportions, though, is @itsmaysmemes – the Instagram meme account that’s pumping up (already ginormous) garments worn by the likes of Luka Sabbat, A$AP Rocky, Bella Hadid, and Kylie Jenner to ready-to-blow levels. It’s likely you might have come across some of the posts while scrolling through your feed already: the account went viral last week.

@itsmaysmemes is the brainchild of 16-year-old May, who lives in Hawaii – not the kind of place you’re likely to need an oversized puffa jacket or floor-trailing quilted parka. “I love fashion but there’s not much of a scene where I live – it’s far from a big city fashion mecca,” May explains. “Everyone pretty much just wears shorts and tank tops, but I’m heavily inspired by Balenciaga and their oversized jackets...especially the ones from the AW18 collection.”

The jackets she’s referring to (also the subject of a plethora of memes featuring Friends’ Joey Tribbiani) made an appearance on her account recently, though in the post it’s hard to tell where Demna’s garments end and May’s Photoshop morphing begins. “Everything is inflated to the point where people wonder if it’s real or fake,” she says.

Of all the people featured on @itsmaysmemes, Luka Sabbat is the highest ranking. The influencer racks up almost ten appearances and, along with British streetwear aficionado Leo Mandella, has given the account his seal of approval (and amusement) with a number of comments on May’s posts. He was also the reason the account blew up in the first place, according to May: “It was definitely all down to the one where Luka’s wearing the giant Linne jacket from Acne Studios,” she tells us, “but my favourite one is probably when he’s wearing an extremely oversized Raf Simons coat and standing in the snow.”

Though May also shrinks people, it’s blowing them up that she loves the most, and when we ask her who’s next on her list of people to enhance, she tells us the most requested person at the moment is Travis Scott. “People really want to see him...and of course a mad amount of people are asking to get one of themselves.” Guys: join the queue.