Never one to play it safe, the designer presented his Winter Olympics meets space-age-themed AW18 collection at NYFW 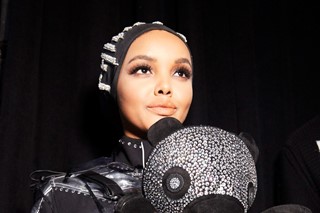 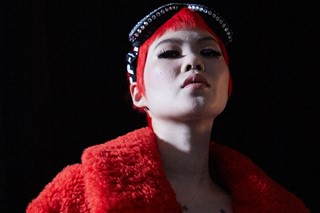 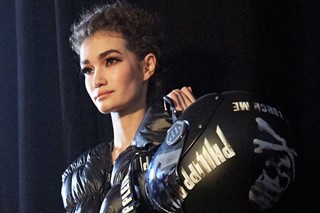 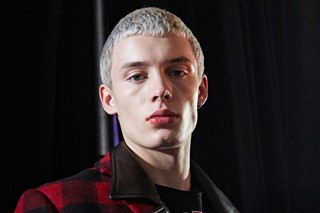 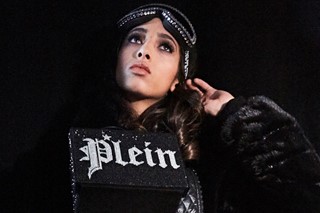 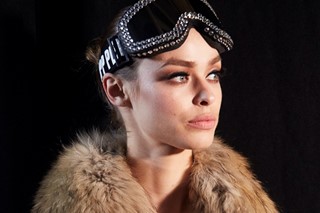 To say that Philipp Plein loves a spectacle is quite the understatement – and Philipp Plein has never made an understatement in his life. Last night, the German designer put on a show that included rappers, snowmobiles, a Transformer, supermodels, and a literal spaceship. Here’s what went down.

THE SET MUST HAVE COST APPROX. ONE BILLION DOLLARS

Philipp Plein AW18 was centered around the idea of winter in outer space. The show was held in a massive warehouse in the Brooklyn Navy Yard, and the whole place was covered in fluffy fake snow which eventually began to fall down in great quantities, sticking to everyone’s hair. The back wall featured a massive silver mountain below a sign spelling out “PHILIPP PLEIN” in lights and all caps. The entire evening was in ALL CAPS too.

THE PERFORMANCES WERE ENERGISING (AND ALSO CONTROVERSIAL)

The night kicked off with a pair of snowmobilers bursting through the silver peak. And then came the rappers: Migos and Rich the Kidd performed, as did 6ix9ine, aka Tekashi 69. 6ix9ine’s single “Gummo” is currently at No. 24 on the Billboard Charts, but it peaked at No. 12. We aren’t fans, though. The rapper is currently awaiting sentencing after pleading guilty to the charge of “the use of a child in a sexual performance”, for making a video featuring a 13-year-old girl performing sexual acts. Here’s some recommended reading from the New York Times on the subject.

A TRANSFORMER SANG “FLY ME TO THE MOON”

Following the musicians, an enormous Transformer (presumably a human in a transformer suit, but still) covered in Plein logos appeared. It walked along the front row, asking attendees if they were “wearing Philipp Plein.” The Transformer then accompanied show-opener Irina Shayk for a lap around the venue – and it began to sing Frank Sinatra’s “Fly Me to the Moon.” I repeat: a giant robot sang a classic Swoonatra jam whilst walking with a supermodel in a fashion show.

THERE WAS A FUCKING SPACESHIP

This being a Philipp Plein show, Shayk did not kick things off with something so simple as merely walking. No. Never. Instead, the model was lowered to the ground in the belly of a logo-bearing spaceship, off of which she glided to join her robot prince. A spaceship. A spaceship! After each model – including the likes of Halima Aden, Avie Acosta, Alton Mason, Snoop’s son Calvin Broadus, and an unbelievable double-amputee runner – completed their endless laps around the cavernous warehouse, they posed beneath the ship, which was shooting red lasers everywhere. For the finale, they all danced to “Bad and Boujee.” As you do.

Just in time for the winter Olympics, Plein’s clothing showed a take on winter athletic wear; some models appeared with skis or snowboards, including one who was wearing a crystal bandeau top. Several models sported sleek catsuits. Backpacks were worn on fronts, and there were knee-high furry boots galore. There was of course a mens’ leather jacket emblazoned with dollar signs. Plein’s gotta give the people what they want. Or what he wants.