Inspired by ‘the mysteries of the garden at night,’ Clare Waight Keller makes her Couture-debut at Givenchy 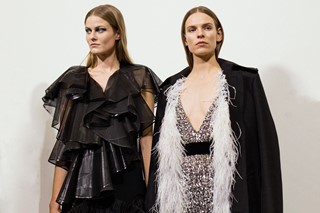 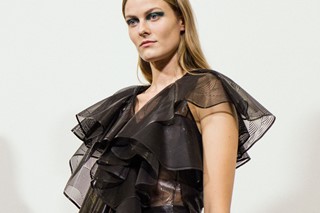 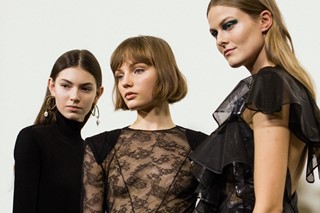 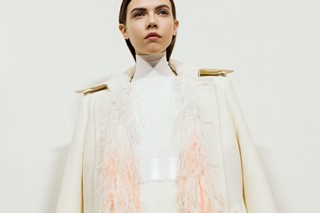 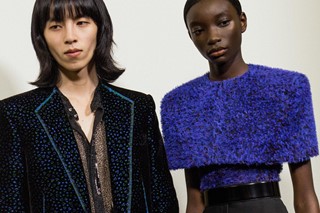 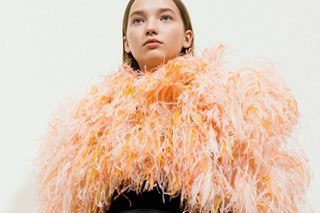 Last night, at the Archives Nationales in Paris, British designer Clare Waight Keller presented her first couture show for Givenchy since taking the reins at the house last year. Having spent the last twelve months learning new practices and “experimenting with new fabrics, new techniques” this was the designer’s first couture show ever. Here’s everything you need to know.

In a series of connected rooms lined with rows of black chairs. Black office blinds had been fitted to every window, meaning that the light which filtered through into the darkened space fell in lines across the gathered guests. When the show started and the music kicked in – appropriately, the soundtrack to Moonlight – the lights rose, sending the shadows streaming across the walls.

THE SHOW’S THEME WAS ‘NIGHT VISIONS’

More specifically, the mysteries of a garden at night – like the way moonlight hits the flowers on a spring evening. As well as being present on the invites (little Givenchy diaries with black pages for clandestine scribblings) moon motifs were, quite literally, woven throughout the collection – one particularly striking white gown had a series of embroidered eclipses down the back. Continuing the night-time theme, models wore beautifully detailed dresses with tailored coats on their shoulders – as if thrown on when leaving a ball to make their way home.

SHE WENT BACK TO THE ARCHIVES

“I spent a lot of time taking what I’d learnt at the house in the last year and concentrating that into new methods of tailoring, new shapes and new fabrics, the iconic couture fabrics,” said the designer post-show. The result was a series of outfits which referenced the archives – “the opening looks were a play on some 50s styles that I chopped off and reimagined in a new silhouette, and then towards the end there were a few looks that reinterpreted various silhouettes integral to the house,” Waight Keller explained.

THERE WAS MORE MENSWEAR

Including iridescent leather trousers with a snakeskin texture, see-through embellished shirts and slim fitting, slightly sparkly tailored jackets. When asked about her decision to show men’s again this season, Waight Keller said that she wanted to continue the idea of the Givenchy couple she started back with her debut in October. “I think it’s a real strength of the house,” she reasoned of having both men’s and womenswear, “I believe that the house really owns it and it’s something I really wanted to reinforce and explore.”

AND FINALLY, A LITTLE BIT OF KINK

Courtesy of a pink latex skirt paired with a shimmering silvery fringed top, and a couple of hi-shine PVC trenchcoats – a peach-toned one thrown atop a couture gown (casual) and an electric blue version donned by one male model.