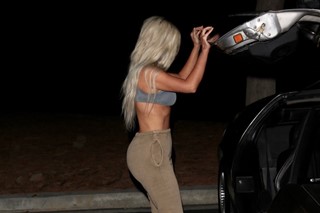 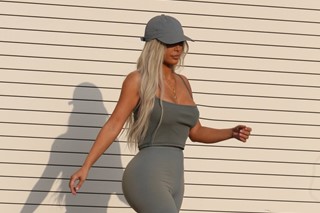 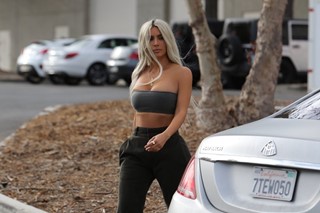 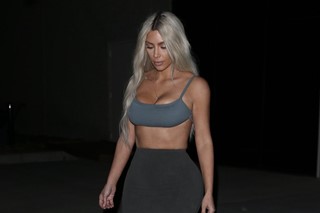 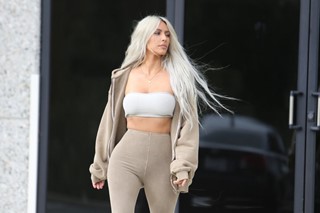 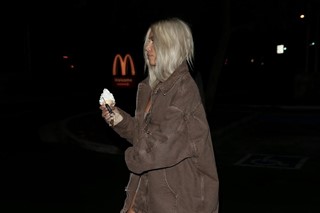 Kim Kardashian-West is one of the most seen women in the world. Of course, being seen (and being recognised) forms the crux of contemporary celebrity culture. In paparazzi shots of banal daily activities, we hungrily consume images of famous people – by being in the crosshairs of the telephoto lens, their existence is marked out as something aspirational; they embody cultural myths, dreams which can be realised. If not by being the star of that reality TV show, or on that magazine cover, then perhaps by buying those shoes. Images of someone like Kardashian-West simply existing in the world – walking the street, heading out to pick up ice cream – are commodities in themselves, sold and traded and posted and liked. Beyond deciding on her outfit or her hair or make-up looks, she has little control over her own image if captured in public.

And that’s what makes Kanye West’s Yeezy Season 6 lookbook – comprised solely of paparazzi-style images of Kim out and about in LA, and the first time the world is seeing the collection – so entirely brilliant. Posted out on Kardashian-West’s social media over a series of days, the images speak in a visual language we all understand, trading in the voyeuristic aesthetics of pap shots. Many seem convinced that the images were unknowingly shot by real paparazzi, but they’re just too perfect – the clothes have been styled by Carine Roitfeld, and each look offers a staged photo-op of the kind gossip sites are fueled by. ‘FedEx Run #Yeezy’, ‘Smoothie Run #Yeezy’, ‘McDonald’s Run #Yeezy’.

The same mundane locations that become Mail Online fodder – the parking lot, the convenience store – are repurposed with self-aware intent, playing on the fact that Kardashian-West getting out of a car or shopping for Kit-Kats might become an incredibly influential fashion moment with a ripple effect across style culture (boosted by sharing the images to her millions of followers). But instead of being at the mercy of the paps, the Yeezy shots make her and West the active players. They are in control of this narrative.

That can’t be said for many of West’s previous interactions with photographers – the musician and designer has had a famously terse relationship with paparazzi dating back years. “Till I get flashed by the paparazzi/ Damn, these niggas got me/ I hate these niggas more than the Nazi” he rapped in “Flashing Lights”, taken from 2007’s Graduation. The following year, he smashed a photographer’s camera and was ordered to complete 50 hours of community service. In 2013, an incident where a paparazzi accused him of trying to grab his camera led West (who had, pretty accurately, just said: “What you're trying to do is get me in trouble, so I step out and have to pay you like $250,000”) to be put on two years probation and given more community service work.

“The same mundane locations that become Mail Online fodder are repurposed with brilliantly self-aware intent, playing on the fact that Kardashian-West shopping for Kit-Kats might become an influential fashion moment”

A video shortly after that incident shows him having a measured, respectful conversation with a group of photographers, which is perhaps a more accurate summary of his relationship to the paps. “We’re in this together. You guys help me influence, you help with the family, you help Kim’s power and everything… I would prefer that we just have a decent relationship.” He also talks about (at the time just-born) daughter North West, who the paparazzi are obviously keen to get their first glimpse of. Now four, she has been filmed telling paps both “no pictures” and “no questions” on more than one occasion, dating from when she was two-and-a-half. Paparazzi, and the very real, invasive presence they maintain, are constants in the life of the West family.

Fashion is always at its best when it holds a mirror to society – although West has sworn his past Yeezy collections were not acts of political or social commentary, his latest project examines the relationship between celebrity and style culture, exercising him and his wife’s power over their own image. In 2017, it felt like we didn’t stop talking about how designers copy each other (cc @dietprada). Kanye West may have been keeping a low profile lately – this collection was not shown during NYFW as previous seasons have been – but he’s closed out the year with one of fashion’s most original ideas in a while. Power to him.