From the face clamp to the skeleton corset, he shares the stories behind his multiple collaborations with the British designer 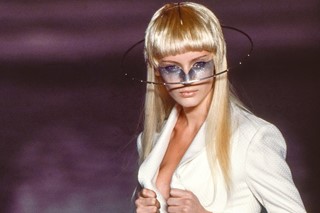 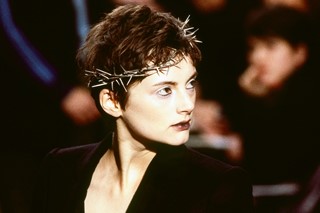 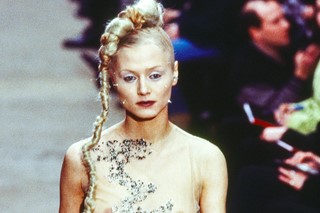 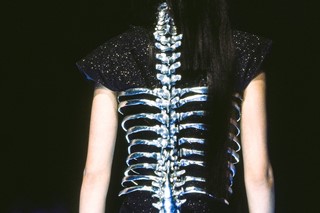 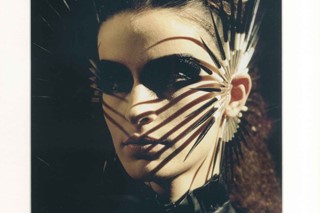 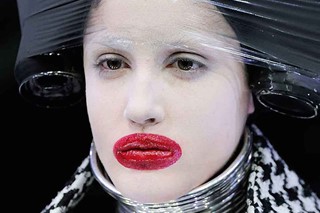 Jeweller Shaun Leane can pinpoint the moment that he knew he had to do something about his archive, containing the incredible, era-defining fruits of his two-decade-long collaboration with Alexander McQueen.

The moment came a week or so before the blockbuster McQueen retrospective at the V&A Savage Beauty was set to close, after transferring to the London institution from the Met in New York. As the show opened around the clock so the hundreds of people queued outside could have a chance to see it, Leane was granted the rare honour of walking the exhibition entirely alone, a testament to the power of the jeweller’s friendship with the late designer, and the enduring importance of the work they created together.

Standing in the double-height “Cabinet of Curiosities” room, it really hit him. Filled floor-to-ceiling with the glorious paraphernalia of McQueen’s shows – from the legendary millinery of Philip Treacy to the lesser known, but no less impressive, work of the artisans who brought life to his shows, from wood-carvers to leather workers – Leane’s jewellery, more akin to sculpture, sat tall amongst it. Standing there, those pieces took on new life for Leane – and sowed a seed that would eventually lead him to auction off 45 pieces from his archive at Sotheby’s in a landmark sale.

“I was looking at all the wonderful pieces that I created with Lee and each one of them was a landmark of my friendship with him, and how I evolved as a craftsman and him a designer,” Leane says. “They really captured the zeitgeist of what was happening in London at the time, but there was this ultimate sadness that the exhibition was coming down, the pieces were going into archive, to be boxed, to be put under lock and key.”

“He changed my world. He took me out of my comfort zone and allowed me to think out of the box. He made me the jeweller, and designer, that I am today” – Shaun Leane

The items were returned to Leane’s archive until, months later, a moment of serendipity – at a lunch, Leane found himself seated next to a representative for the auction house. They expressed an interest in the collection and the jeweller was left impressed with their understanding of the incredible cultural value of the work. “They had a real appreciation of the questions that I had around the collection – the questions surrounding art, and fashion, and jewellery,” he says. “They saw it crossed all the boundaries - that it would interest their art collectors, their jewellery collectors, their fashion buyers.”

The sale, which began this week, includes not only the iconic runway pieces created for McQueen, like the “Coiled” corset or crown of thorns, but also commissions for Isabella Blow and Daphne Guinness. “It’s not about selling it. I just want it to be out there – I want it to be inspiring, to be provoking,” Leane says. “It’s a romantic side of me – when I was a young apprentice I would go to the V&A and I would study past masters work, or art nouveau, art deco – and I think this collection is just a real representation of the time which we were working, that mood of revolution.”

“I want them to be in museums, I want them to be worn. I would love in the future, fifty years, one hundred from now, an aspiring jewellery designer, or fashion designer to see them and be inspired like I was at the V&A.” Naturally, much of the archive comes from his collaboration with McQueen, the designer that Shaun Leane credits with changing his entire career.

“We were both the same age, we both came from similar working-class backgrounds, we both had this energy – we wanted a voice, we wanted to create the new. Lee saw the hunger in me,” Leane says. “He changed my world. He took me out of my comfort zone and allowed me to think out the box. He made me the jeweller, and designer, that I am today.”

Here, he reflects on five pieces which defined his career.

Held in the dilapidated Christ Church in Spitalfields, McQueen’s infamous AW96 “Dante” collection was a commentary on war and religion. “The show’s theme was religion being the cause of war,” McQueen told Time Out in 1997, “fashion’s so irrelevant to life, but you can’t forget the world.” An enduring moment? A young Kirsten Owen, loosely wrapped in silver strands of thorns that twined up the model’s arm and neck, a piece that teetered between the delicacy of nature and the harshness of barbed wire. “It was one of the first pieces I made,” Leane says. “Lee just said create a beautiful vine that wraps around the arm and through the ear and comes out the other end, as if when you’ve died passed nature has grown all over you and reclaimed your body – it has a fragility, but a strength too.”

Staged on a catwalk submerged in three inches of water, “La Poupée”, McQueen’s SS97 collection, only expanded the designer’s reputation for showmanship. Here, the designer looked towards the images of German artist Hans Bellmer, who created life-sized mannequins before mashing them up into strange forms of limbs and flesh and photographing them. It ended, controversially, with African American model Debra Shaw walking the catwalk, arms and legs restrained in a square shackle. McQueen dismissed any suggestion that this was a comment on slavery, saying instead it was about constraint – his comment that in fashion, the rules of taste are dictated only by a selected few.

Leane’s creations added grace and beauty to the challenging show, his delicate headpieces seeming to hover on the body, almost invisible, until they caught the light. Amongst these, a perfect silver circle. “I think this one’s a kind of fallen halo,” Leane says. “That was the irony, that’s what Lee wanted with that I think. He wanted me to create really beautiful fine lines throughout the show. You could barely see the piece, but you'd get these shards of light throughout the show, through the earrings, through the headdress, through the halo.”

The stuff of fashion folklore, McQueen’s AW97 show “It’s a Jungle Out There” comes with stories of rioting crowds, a car being set on fire and a two-hour late Naomi Campbell being refused a place on the catwalk by a fuming McQueen. At heart though, this show remains important as the starting point of McQueen’s lifelong fascination with the hybridity of animal and human, the invitation depicting a woman with hooves for feet, and horns emerging from her breasts and hip.

Amongst this were images of tribalism – interpreted by McQueen and Leane in coiled neckpieces, like those worn by Ndebele women in South Africa to elongate their necks in a demonstration of wealth and status. “I think Lee and myself have always been fascinated by the cultural differences between body adornment,” says Leane. “To one culture something can be grotesque, to another it can be a thing of great beauty.

Leane would later rework the neckpiece into what is perhaps his most famous piece for McQueen, the “Coiled” corset (also part of the sale) which extended the coiled neckpiece to encase the model’s entire torso. “It’s such a formidable silver structure, but it enhances the sensual shape and form of the human body,” Leane says. “When Lee suggested that, I just fell in love with his mind.”

Perhaps the greatest demonstration of McQueen’s fascination with memento mori, the tradition of wearing pieces of skeleton or skulls as a reminder of one’s own mortality. The ‘Skeleton’ corset of SS98 is one of the most enduring pieces that Leane created for McQueen, mimicking the structure of the ribcage and spine, the latter of which curves upwards to suggest an animal’s tail.

“The spine corset was the piece that Lee wanted. That was the first piece of body sculpture I’d done with him,” Leane says. “He had a clever way of making you challenge yourself – with this one it was kind of like the gauntlet was thrown. I said to him you need a sculptor for that – but the answer was always there because I am a sculptor. I’d make rings from wax and cast them in gold – but I just needed to think bigger. It was always about thinking bigger, about nothing being impossible.”

The collection itself, “Untitled” (originally “The Golden Shower” until sponsors American Express cottoned on to what the term that actually meant) pulsated with eroticism and sadomasochism, ending with a shower of golden rain that soaked the models, turning their all-white finale looks see-through.

From the same collection was the face clamp, a finer structure that slotted around the back of the model’s head and caught their eyebrow and lip, changing the proportions their face. Presented with a suggestion of fetish, it seems to epitomise McQueen’s obsession with warping the face and body to achieve an unexpected, unsettling type of beauty.

“I still to this day don’t know what the context was,” Leane says. “But I kind of like that. He just said I want you to make a framework that holds up the eyebrows and opens up the mouth, pulls it apart. And he did the action with his fingers. There were many talks about what the piece was about – there was mention of plastic surgery, and there was talk of a fascination with that, about how they would pull the face apart. There were many different things, but we’ll never know – the answer is in the eye of the beholder.”