To celebrate the release of ‘The Story of the Face’, we speak to some of the team members of the groundbreaking publication about their favourite archive images

14November 2017
TextEmma Elizabeth Davidson
The Story of the Face6 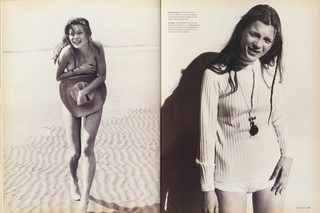 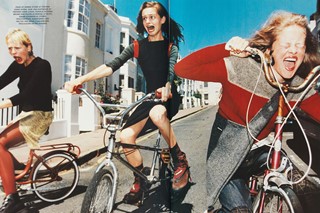 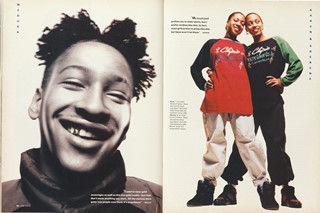 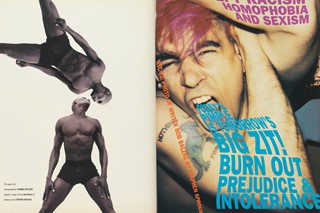 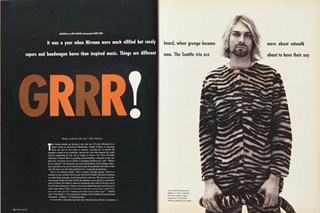 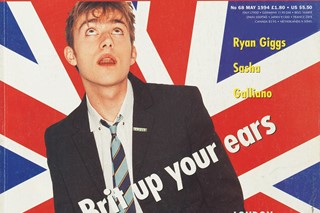 On May 1 1980, a new, independent magazine hit newsstands. Founded by ex-NME editor Nick Logan – who used his and wife Julie’s entire life’s savings to get the title off the ground – The Face was unlike anything that came before it; a so-called ‘almanac of cool’ that would change pop and style culture over the course of its 24-year run.

Celebrating British subcultures, underground music and fashion’s biggest innovators, designer Neville Brody’s bold layouts offset progressive editorials by the likes of Elaine Constantine, Nick Knight, Juergen Teller and Corinne Day, as they (and many others) cut their teeth at the monthly publication.

Though the magazine was predominantly a style title with music and fashion at its core, it certainly wasn’t lacking in substance. Its zeitgeist-capturing articles had as much impact as its progressive imagery did – The Face introduced the nation to MDMA and Chicago’s acid house scene in the mid-80s, and tackled serious issues including the plight of child soldiers in Somalia, for which it won an Amnesty International Media Award.

“That was what was so exciting about The Face – you just didn’t know what would be covered from one page to the next,” says writer Paul Gorman, whose book The Story of The Face was released last week, “from fashion and music to politics and hard-hitting journalism, it was completely unique in its viewpoint and style.”

With Gorman given full access to the magazine’s extensive archives, The Story of The Face documents the most important moments in the title’s history – from its most memorable covers, shoots and features, to its shake-up in the early 90s until it was sold by Nick Logan to Emap in 1999.

To celebrate the book’s release, we caught up with Gorman and a few of the magazine’s contributors to discuss The Face’s most iconic moments – although believe us when we say that with an archive as amazing as this one is, they all found it very hard to narrow it down.

“The HARD TIMES issue stands out for me as it was the first not to feature a portrait on the cover. Instead, it had a close crop of a frayed and faded denim-clad arse, which belonged to Sade’s manager, Lee Barrett. Shot by Sheila Rock, the issue came at a time when tensions in the UK were running high – we were in the midst of a recession, heroin use was on the rise as the drug started pouring in from Afghanistan, unemployment was rife – and this kind of ‘hard’ look became quite popular; you know, ripped jeans, battered leather belts and layered t-shirts that had seen better days. It was kind of a precursor to grunge.”

“This cover was one of the first to come out after legendary Buffalo stylist Ray Petri joined the fold (though he didn’t style this shoot). The models are wearing Katherine Hamnett t-shirts and braces and I love the movement of the image, the woman jumping just slightly in the background. It was shot by Mario Testino who obviously went to shoot all those composed, beautiful portraits, but to me, this just felt very cool and very free.”

“The 3rd Summer of Love editorial was shot by Corinne Day at Camber Sands and features a very young Kate Moss wearing a feathered headdress. I think it captured the mood of positivity that was sweeping the nation at that point. Times were still hard, there was hardship yet to come and so on, but there was also this optimism in the air – it was right at the beginning of rave culture taking off.

The shoot feels very free and Melanie Ward, who styled it, said she wanted Kate to wear Birkenstocks, which was quite an unusual choice as they were not thought of as being very ‘cool’ back then. She said that Birkenstocks had ‘soul’ as well as soles and actually, they really are quite soulful. Everything in that shoot was very loose and relaxed, not at all aggressive – it was very uninhibited and seemed to embody the new mood of the time.”

“Originally, I had been fairly sure that I was going to put the Kate Moss 3rd Summer of Love cover on the front of the book, but then when I spoke to my publisher she said ‘well, it has to be this one’ and actually I agreed pretty much straight away. Shot by Jamie Morgan, it’s such an arresting image – you’ve got this impish-looking kid staring out at you with a scrap of paper saying ‘Killer’ tucked into the brim of his bowler hat. It was very hard, quite ragga in fact, and there had been nothing like it up until that point.”

“The Face at its best reported stories that few other magazines were interested in covering; from fashion to politics to clubs and gigs. It gave (rightly) divisive writers like Julie Burchill a platform and kicked off careers for people like David Sims, Elaine Constantine and even Kate Moss – I mean, okay, she would have had one anyway, but I still think her Ciao Italia 1990 cover remains one of her best covers ever.”

“A more personal moment that feels iconic to me was probably the time I spent two days with Nirvana in New York and interviewed Kurt Cobain in my hotel room at 2am. Partly because he killed himself the following year, but also because we were both born in the same year, which somehow made his death resonate more profoundly.”

“I also often think about the Hole interview I did earlier that year. I flew out to Seattle on New Year’s Day and, as Courtney (Love) was nowhere to be found, drummer Patty Schemel drove me out to the Mar-T café which had been immortalised in Twin Peaks for its cherry pie and ‘damn fine cup o’ coffee’ – it was strange to be starstruck by a café one day and then engulfed by Love’s charisma when I eventually met her the next.

The magazine was never, ever a dull place to work and, for me at least, it was as exciting to read as it was to write for. I really lucked out by working on The Face in the last few years of print journalism’s golden years.”

“The magazine made everything more interesting – it was totally dynamic and completely undefinable, which I think was the secret to its success” – Peter Culshaw

“It’s far too hard to narrow down a single iconic moment, but for me it was all about the covers; Alexander McQueen by Nick Knight, Guinevere van Seenus and the white cat which was styled by Katie Grand, the Zip It Up fashion issue shot by Jean-Baptiste Mondino, Jamie Morgan’s Buffalo covers – the list is endless.

One that really stands out for me though is the September 2002 issue with Phoebe Philo on the cover. Fashion Director Heather Mary Jackson and I had this idea of shooting British fashion designers as superheroes, so we had Stella McCartney as Batwoman, Lee (Alexander) McQueen as the Silver Surfer, and Phoebe as Catwoman. At one point, photographer Vincent Peters handed Phoebe a canary and she opened her hand and it just flew away – I’m not sure if she thought it was trained! John Galliano had wanted to be the Invisible Man and have us shoot him with just a diamond in his teeth, but sadly he didn’t turn up on the day.”

“The very first issue, which had Jerry Dammers from The Specials on the front. I bought it from a place opposite the greengrocers that I lived above in Stamford Hill and for me it was like ‘oh wow – there are other people out there like me’ which was just terrific. We’d all kind of moved on from the NME when suddenly this new magazine came out, and so many of us decided that we wanted to be part of that gang.”

”My favourite issue was the Jean Paul Gaultier one from 1988, which was one of the ones that I did. Jean-Baptiste Mondino shot Gaultier for the cover and I love the colour and its symmetry – it’s an image that’s incredibly evocative of that period.”

“What was great about The Face was that once Nick (Logan) trusted you and you were in that ‘charmed circle’, the editors would literally call you up and ask ‘what are you interested in?’ I’d been covering the New York art scene – Keith Haring, Kenny Scharf and the like – but there was this Belgian performance artist called Jan Fabre that I was into in the early 80s, so I said I’d like to cover him. I remember they flew me out to New York to talk to him and had Robert Mapplethorpe flown in to photograph him, which was just astonishing. In the February 1986 issue, there was a double-page spread on this obscure, almost unknown performance artist who went on to sell out the Royal Albert Hall not long after, simply because he’d been in The Face – it was really very powerful.

The magazine made everything more interesting – it was totally dynamic and completely undefinable, which I think was the secret to its success.”

The Story of the Face is available from Thames & Hudson now.