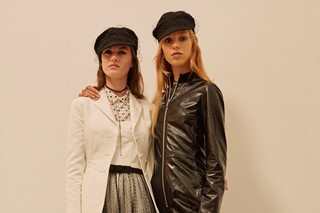 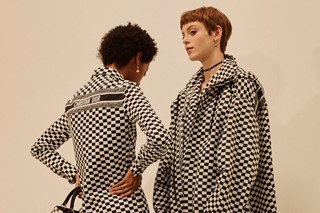 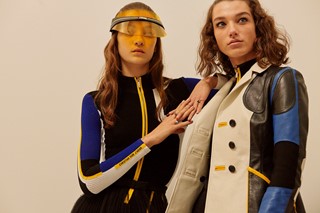 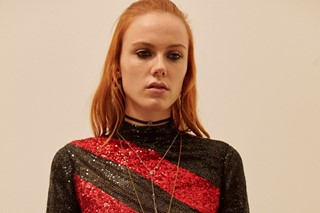 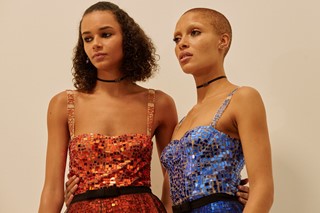 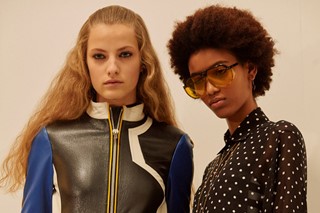 “I don’t mind wearing high-heeled boots or a flower in my hair if I am in the mood. I think clothes should make a statement. Mine do. They’re the way I feel.” – Niki de Saint Phalle

In her first year at one of the world’s most-watched houses, Italian designer Maria Grazia Chiuri has spent a good part of it focusing her energies on women – she is, after all, the first female lead in Dior’s 71-year history. While a year ago she led with the statement “We Should All Be Feminists” (a reference to the work of writer Chimamanda Ngozi Adichie, who was in the front row), this year the show opened with a t-shirt which asked, “Why Have There Been No Great Women Artists?”.

Rather than a cynical statement put forward by the designer, it referred to the title of a famous 1971 essay by the lauded art historian Linda Nochlin, and what followed in the clothes themselves was Chiuri’s case for the great woman artist Niki de Saint Phalle. A prolific French-American sculptor, de Saint Phalle was the centrepiece of the show, with her art decorating much of the collection. That wasn’t it, though – notice those heart dresses? The leather jumpsuits? Or the berets with little net veils? That was all inspired by her own expressive wardrobe.

From her monumental sculpture work and effervescent style, to her shooting at assemblages with guns full of paint, the late de Saint Phalle gained recognition for her vivid, abstract work – created in a world dominated by men. Get to know more about her incredible life and legacy below.

SHE WAS A FRIEND OF DIOR’S MARC BOHAN

De Saint Phalle was a friend of designer Marc Bohan, who took the top spot at Dior after Yves Saint Laurent was conscripted to the military in 1960 and then fired. This is where Chiuri’s interest in basing this season on de Saint Phalle began – looking at images of the artist hugging and posing with the old Dior designer. Saint Phalle was a model through the 50s before she pursued acting for a short time, and eventually art. She had the look of the decade – adolescent, effeminate, poised yet bohemian – a perfect muse for Bohan, and a cover girl for the likes of Vogue and Life, with spreads in Harper’s Bazaar and Elle.

SHE CHANNELLED ANGER INTO ART

De Saint Phalle’s early work channelled all of her childhood anger into her art. In a 1994 memoir she revealed the years of abuse she had suffered at the hands of her father and mother, from whom she had become estranged, giving context to the work she had created throughout her life. These early works of the early 60s – namely Tirs, which means ‘Shootings’ – saw the artist shoot at sculptures, canvases and huge plasterboard often embedded with razor blades, knives and other household objects, the bullets from the gun smashing suspended bags of paint, cans of spray paint and tomatoes which would splatter their colours across the artwork aimed at. Bonus fact: a picture of her shooting in a white leather jumpsuit inspired the motorcycle looks on show in the collection.

SHE WAS THE ONLY WOMAN ARTIST AMONGST A GROUP OF MEN

Her first shooting event was held in the February of 1961, and in attendance was Pierre Restany, the founder of the Nouveau Réalisme movement. Upon seeing de Saint Phalle’s work, he invited her to join the group of French artists, of whom de Saint Phalle was the only woman. Here she met the peers with whom she would work for the rest of her life: from Duchamp to Tinguely.

MARCEL DUCHAMP INTRODUCED HER TO DALÍ

It was just months before that de Saint Phalle had become widely known in avant-garde artistic circles for her rule-breaking attitude, and in August 1961 Marcel Duchamp introduced her to Salvador Dalí. Together they created a gigantic bull figure, to be wheeled out at the end of a national bullfight in Catalonia, which exploded in front of the audience in fireworks and paint powders.

SHE TURNED AN OLD BROTHEL INTO A STUDIO

By 1963 she had become great friends with famous kinetic artist Jean Tingeuly. While driving around northern France, the pair laid eyes on an old brothel in Soisy-sur-Ecole named Auberge Au Cheval Blanc, or the White Horse Inn. They instantly pooled their money and bought the place – converting the whole building into artists’ studios in which the pair, and many other friends and makers, would spend decades to come creating art.

“The first iteration of these figures – known as Nanas – challenged the stereotypical roles expected of women at the time. They depicted women as child bearers, witches, devouring mothers, and sex workers”

SHE CHALLENGED STEREOTYPES WITH LIFE-SIZED DOLLS

Perhaps most famous in her oeuvre, after the years and successes of Tirs, de Saint Phalle moved her focus onto exploring the various roles of women through sculpture. From 1964-1973, the artist made life-size dolls, first from soft materials like wool and papier-mâché, then from wire, plaster and plastic. The first iteration of these figures – known as Nanas, which is French slang for ‘Chick’ – challenged the stereotypical roles expected of women at the time. They depicted women as child bearers, witches, devouring mothers, and sex workers. Her later Nanas became more joyful and celebratory. Eventually, de Saint Phalle went on to sell these figures as inflatable pool toys, for which she received endless criticism from the artistic community which surrounded her. She ignored them all, choosing to make money to fund her future projects.

SHE BUILT A FEMALE CATHEDRAL

In 1966, de Saint Phalle erected a giant sculpture of a pregnant woman reclining as the entrance to an exhibition of hers in the Museum of Modern Art in Stockholm, which had a title that translated to ‘She-a-Cathedral’. In order to enter, visitors had to walk through the vagina of the sculpture, on the thigh of which read “Shamed be he who evil of it thinks.” It sparked outrage and adoration across the public and artistic communities.

SHE SHOT A FILM CALLED DADDY

Her first foray into making film was the somewhat autobiographical film ‘Daddy’, which was shot in 1972 in collaboration with Peter Whitehead. A surreal exploration of a father-daughter love-hate relationship, de Saint Phalle explored themes of incest and female dominance. The film preempted her 1993 autobiography Mon Secret, and has since been shown across the world at film festivals and inside galleries.

SHE LENT HER ART TO THE AIDS CRISIS

While working on the Tarot Garden, she was approached by Silvio Barandun, a German immunologist, who suggested they collaborate on a book together. The result was her 1986 book AIDS: You Can’t Catch It Holding Hands, which was illustrated with bright images of hearts, dragons and figures. It was disseminated around Middle and High Schools, as well as medical institutions, selling 70,000 copies in its first year. Its aim was debunk myths and fallacies about HIV and AIDS, which at the time was incredibly stigmatised and mystified. De Saint Phalle was one of the earliest artistic champions of AIDS awareness.

SHE BUILT AN INCREDIBLE HOUSE IN TUSCANY

In 1974, de Saint Phalle fell ill with a lung complaint after her extensive work with polyester resin. During her time in hospital, she dreamt up the concept for her next, and perhaps most iconic, work: Tarot Garden. In Tuscany, Italy, she invited artists, architects and sculptures to create the first sculpture garden. Its building ran from 1980 to 1998, and up until her death in 2002, de Saint Phalle continued to add more gigantic pieces and small details to the garden that became the home for her life’s work.