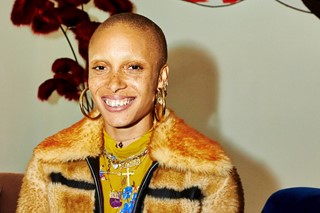 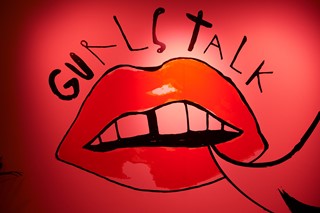 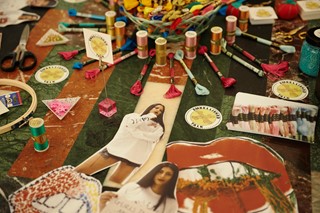 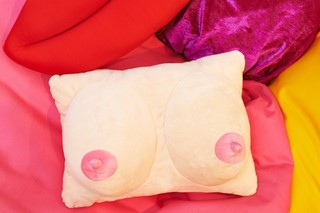 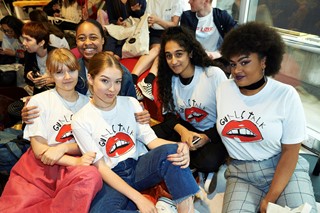 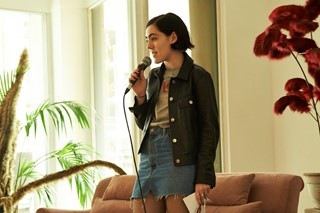 If you didn’t attend the Gurls Talk x Coach event at the weekend (we can’t imagine any reason good enough not to) we can easily say that you missed out. Hosted in partnership with Dazed at Store Studios on 180 Strand, the one-day festival drew girls from far and wide and provided a safe space for them to talk about their lives, feelings and experiences.

Imagine guests lounging around, chatting and listening to stories among some of amazing boob pillows created as part of the amazing set by Shona Heath. Not to mention Coach’s customisation bar that seemed to have a never-ending queue for the entire day, and the photo wall that illustrated perfectly how diverse and unique all of the attending women were.

SELF CARE IS A DAILY TASK

The day started with Adwoa in conversation with Emma, talking about her journey from her difficult teenage years to the woman she is today. “Growing up all these emotions started happening, hormones, boys, sex, periods, snogging, the whole fucking thing and I was overwhelmed,” she shared. “I was overwhelmed by emotion, I was overwhelmed by life, I was overwhelmed by growing up.” While she has grown a lot over the years, she admits that those feelings never fully go away – it’s about learning to manage them. “Self-love and self-care are something I work on on a daily basis and it doesn’t come naturally to me.”

“I should have reached out and seen there were so many other girls going through what I was going through,” Adwoa remembered from her teenage years. Luckily, through the creation of Gurls Talk with her best friend Holly Gore, she now has the opportunity to share with like-minded women going through the same experiences as her. “You guys are my tribe,” she told the room full of girls. Likewise, Hanne Gaby thanked those who helped her cope when she first found out she was intersex: “I think finding the intersex community around me helped me so much. I finally knew I wasn’t alone. For me, finding the community was the first step in accepting myself,” she said.

OWN YOUR WOMANHOOD (AND YOUR SEX LIFE)

Rounding up the day of panels was a discussion on sexuality and the way that gender identity interacts with sexuality. “I personally love being a woman,” proclaimed Reba. “I love feeling womanly, that is very sexy to me. I find that attractive in women but I’m also very attracted to men as well.” More than just womanhood, the panel urged the young women in the audience to be vocal about their desires to help women, in general, have better sex. To compare how far we’ve come, Reba asked the audience to think about women in the past. “Think about the sex your grandma was having, probably not that great,” she delivered to the giggling room.

KILL THEM WITH KINDNESS

While the environment at the event was a safe space, encouraging girls to speak and share, there were reminders of the inequality in the outside world. During the sexuality panel, one young girl shared her experience of men in the workplace making inappropriate misogynistic comments. The general consensus on the panel was to simply be nice. “Kill them with kindness,” said Wet Satin Press founder, Reba Maybury. She went on to explain why. “They are going to want you to act in a stereotypical way which is hysterical and bitchy, so you do the opposite.” So, while taking the high ground, it’s also important to call out bullshit where you see it or experience it. “Conversation is progression, you cannot let these things slide.” Writer Laurie Penny agreed and went on to say, “It is a service to other women.”

“Self-love and self-care are something I work on on a daily basis and it doesn’t come naturally to me.” – Adwoa Aboah

For those of you like Adwoa, who are finding teenage (or even adult) life overwhelming, her most important message was simple – it does get better. There is a lot that you can do to help yourself get through the difficult times, and help other girls around you. Even within the fashion industry, she believes change is slowly happening for the better – she pointed to Edward Enninful’s appointment as editor-in-chief of British Vogue as symbolic of a tide-change in the industry.

So, while it is easier said than done, the most important lesson to learn is patience. “It comes slowly,” she assured, “I don’t know when it clicks and when those sort of things don’t seem to matter. Keep at it and suddenly you wake up and everything falls into place.” Even as happy she is now she still works at it, “I’m me, I’m doing this and I’m learning on the go”.