It is all about hot dads this season 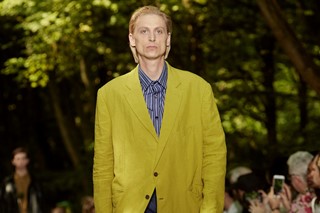 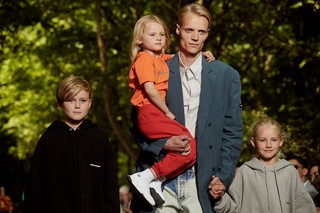 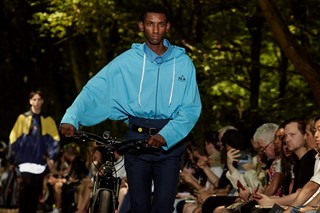 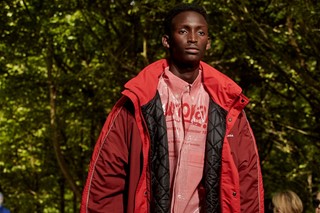 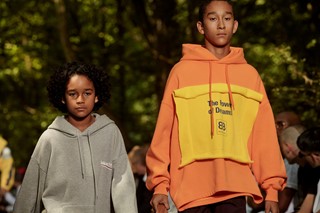 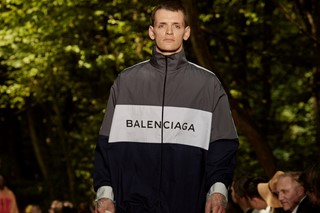 After making its runway debut two seasons ago, Balenciaga today presented the third menswear collection designed by Demna Gvasalia. Here’s everything that happened:

THE SET WAS A FOREST

After last season’s show in Kering HQ, Balenciaga went as far away as possible from the corporate, grey carpeted set as they could get. Guests arrived at the infamous cruising ground of the Bois de Boulogne park, walking down a long, carpeted walkway to the show space. As leaves drifted from the trees, the audience sat on the same corporate office chairs that have lined the runway at the last few shows, but rather than in rows, the two lines of chairs faced each other along a narrow path, reaching almost as far as you could see.

IT WAS INSPIRED BY OFFICE WORKER DADS ON THEIR DAY OFF

Maybe his recent move to the zen mountains of Switzerland had something to do with it, but SS18 was all about the working man finding downtime in the great outdoors – and no, not in the way the location might suggest. This was the Balenciaga businessman on his day off, taking his kids to the park at the weekend. “It felt like they needed to have some relaxed, comfortable, cosy moments,” said Demna backstage.

ACTUAL FAMILIES WALKED IN THE SHOW

Yep, seriously. First, a perfect blonde family came out as a group, sans mother, with the dad carrying one of the little angels in his arms. Like her father (and yes, all the kids were with their actual dads), she was dressed in Balenciaga too, complete with tiny sock/shoe trainer hybrids. “I thought it was so beautiful to see a young man with a child and it's so hopeful and so positive,” Gvasalia explained after the show. “There was this hopefulness actually that drove through the whole season, the kids represented that hope.” Elsewhere, other men carried kids wearing t-shirts that featured phrases like ‘the power of dreams’, while another pushed his bike along instead.

THE CLOTHES WERE 90s DADWEAR

The mammoth show opened with a blazer and jeans look, followed by cords and a leather jacket. Throughout, there were throwbacks to dadwear of the 90s – practical waterproofs, patterned shirts and polos featured prominently. Weights in linings and sleeves gave a ‘grandad slouch’ to tailoring, while some looks borrowed the modular practicality of zip adjustable outdoor trousers – resulting in strange hybrids of shorts, leather pants and jeans. But it wasn't just for the fathers – there were some of those market stall dragon shirts, worn, we presume, by the moody teens as well as Balenciaga logo emblazoned hoodies.

THE NORMAL GOT UPGRADED AGAIN

Gvasalia has previously done haute, leather Balenciaga shopping bags, and of course that infamous Ikea tote. This time, models carried a flat leather bag that was an ‘enhanced version of the kind found in every supermarket in the world’. There were other instances of the banal reimagined – dry cleaning bags worn as capes, for instance.

KYLE MACLACHLAN PUT IN AN APPEARANCE

Twin Peaks’ actor and David Lynch muse Kyle MacLachlan was there in the FROW, dressed in a jacket from AW17. Yes, we did ask him what he thought of the show. Stay tuned for our impromptu interview.