From Cristóbal to Nicolas, Alex to Demna – revisiting the men who made Balenciaga 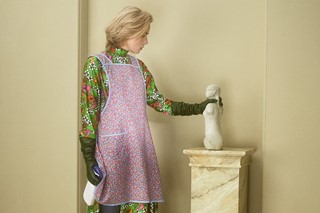 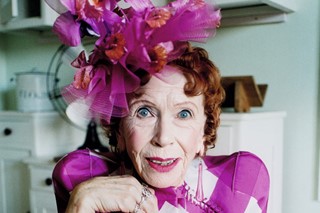 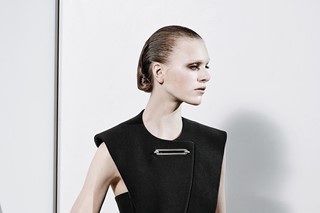 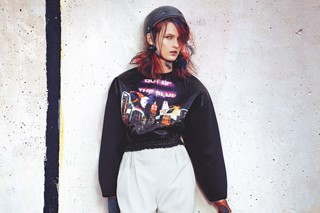 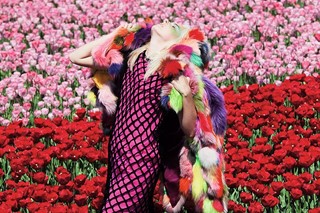 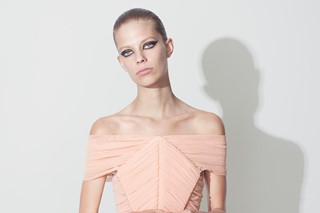 Balenciaga is once again the Parisian brand to watch, thanks to Demna Gvasalia and his clever juxtapositions of haute couture and streetwear. But while watching his high fashion windbreakers whizz down the runway, not much thought is given to the designer who gave his name to the house. The V&A is changing this, with a retrospective dedicated to the intensely private Spanish founder, Cristóbal Balenciaga, opening this weekend. It features his legendary archive, garments by the designers who have helmed the house since his death, plus an array of pieces inspired by his work. It’s staggeringly comprehensive, as it should be – not for nothing was Balenciaga called ‘The master of us all’ by Christian Dior himself. But how did Balenciaga make his name? And how has his legacy been reinterpreted?

Cristóbal Balenciaga Eizaguirre was born in the Basque Country, Northern Spain, in 1895, the son of a dressmaker. In fact, there’s now a rather brilliant museum devoted to him in Getaria, the fishing village he grew up in. Balenciaga’s work drew the attention of local nobility, and by 1917, when he was just 22, he’d opened his first haute couture atelier. This marked the start of his expansion, first to San Sebastián, then Madrid, and then finally Paris in 1937. This is where the Balenciaga we know began – he’d already been working as a couturier for twenty years, and his work had an immediate impact upon both clients and press.

Balenciaga’s early creations were noted both for their simplicity and use of bright colours, as well as their lavish embroidery. It wasn’t until the 50s and 60s that what we now consider his signature style developed. It is his play with silhouette that made him a legend – in the 50s he innovated the tunic, sack and baby doll dresses, shapes we now consider an integral part of the design lexicon. By the 60s he was willfully obscuring the form of the female body, as most high fashion designers do now. Balenciaga knew his clients didn’t want to show off their tiny waists in the creations of Christian Dior – they probably couldn’t fit them, and so a loose, lace baby doll was so much more flattering. Large floral or geometric prints, huge volumes, cascades of ruffles – on the page, it sounds excessive, but somehow the dresses themselves are remarkably constrained. Balenciaga knew exactly when enough was enough, in part influenced by his deep knowledge of historical dress. His clients never looked like they were being worn by his creations – they stood apart without looking, well, ridiculous.

“He stoked, or perhaps ignored this obsession (with him), by only ever giving one official interview, and surrounding himself with absolutely terrifying fit models”

Obviously, said clients were truly incredible women of the day. Greta Garbo, socialite Mona Bismarck, and Vogue editor Carmel Snow were all quite frankly obsessed. He stoked, or perhaps ignored this obsession, by only ever giving one official interview, and surrounding himself with absolutely terrifying fit models, who were all odd looking – all the better to fit his clients, most of whom didn’t have model bodies. By the late 60s, he had reached the pinnacle of minimalism, and his creations from this era are austere in their simplicity. These are some of the pieces that spring to mind when Balenciaga is mentioned, black cocktail dresses that could have been made yesterday (and haven’t really been surpassed). In 1968, he closed his house – Mona Bismarck cried for three days. Fashion hasn’t been the same since. 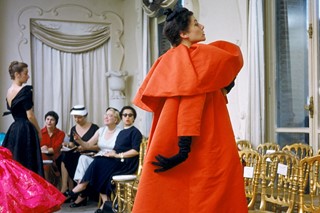 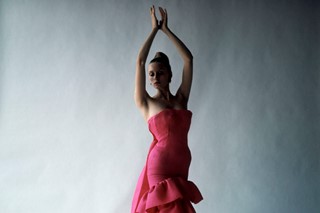 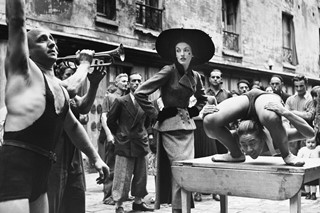 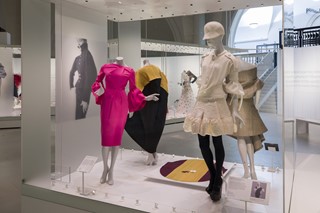 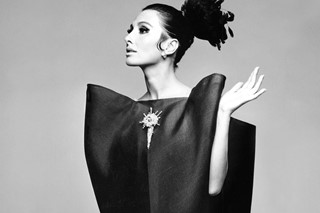 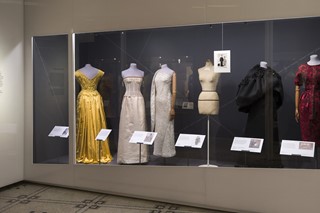 Evidently, however, brands aren’t allowed to die, even when their founders do. After his death in 1972, Balenciaga’s heirs sold perfumes under his name until 1978, when they sold the house to German group Hoechste, who started up ready to wear. Designers included Michael Goma, who had trained at Jean Patou, and Josephus Thimister, who was fired after a particularly disastrous show where everybody walked out because the music was too loud. Balenciaga wasn’t exactly the name on everybody’s lips, to say the least. That was until the appointment of a young, French designer in 1997.

Ghesquière was an assistant at Jean Paul Gaultier before he landed the job doing licensing for Balenciaga. This wasn’t very glamorous – it meant designing suits and funeral clothes for the Japanese market. His talent was soon noticed, however, and in 1997 he was appointed to creative director. Almost straight away, his shows garnered critical acclaim. Ghesquière’s talent for proportion and cut was evident from the impossibly slim, tailored pants he sent out, with cinched blazers and voluminous blousons. When Kering (then PPR) acquired the house in 2001, they kept Ghesquiere on – in fact they’d only bought the house to secure him.

Along with his stylist Marie-Amélie Sauvé, Ghesquière went on to fashion the 2000s. Notable collections included one that birthed the much-copied neoprene dress, another inspired by the work of Bowie designer Kansai Yamamoto, and others that seemingly took inspiration from Star Wars, mid-century cocktail attire and office attire. Perhaps his most notable effort, however, was AW06, the first time he paid blatant homage to Cristóbal. In towering riding boots and hats, his models stormed out in the rounded silhouettes and checked bouclés so beloved of the Spanish designer. Ghesquière’s other great contribution was in the world of accessories – the Lariat bag is still a huge seller for the house. After fifteen years at the house, he left in November 2012. He’s now creative director for the women’s collections at Louis Vuitton.

In the wake of Ghesquière’s departure, speculation was fevered as to who might replace him. The answer was unexpected and came in the form of American designer Alex Wang. Wang’s easy, sexy sportswear was strikingly different from Ghesquière’s intense silhouettes, but Wang stayed true to Cristóbal’s dedication to minimalism and playfulness with proportion. His stint at the brand proved that he could work in a high fashion arena, as well as with a Parisian, almost couture standard atelier. Balenciaga’s sales didn’t suffer – and Taraji P. Henson can thank him for one of her best high fashion moments at the 2015 Met Ball. After three years, it was decided that perhaps he wasn’t the best fit for the house, and they parted ways. 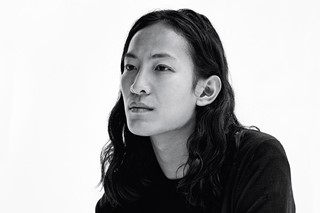 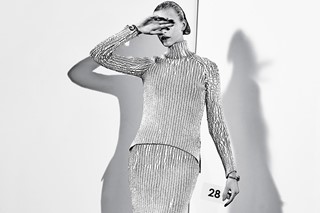 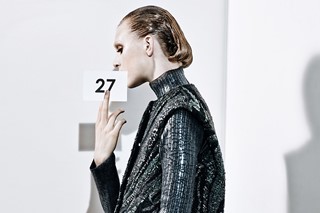 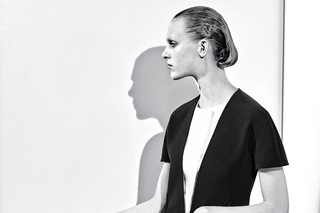 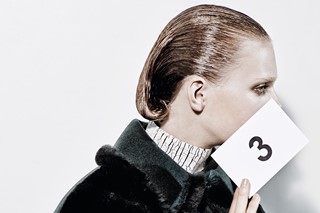 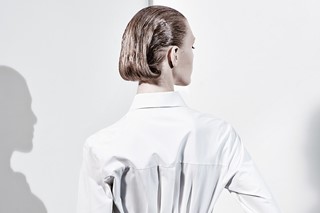 Since it was announced in 2015 that the head designer of Vetements, Demna Gvasalia, would be heading up the brand, Balenciaga has been a firm fashion press favourite once again. Gvasalia’s designs are both decidedly luxe and deeply rooted in his appreciation for what’s happening on the street. Think re-issued Cristóbal gowns alongside Helly Hansen style parkas, ostentatious costume jewellery and swing coats that mimic styles from the 50s. It seems to be combining both radical cool (whatever that means) with the refined sensibility of the house, winning him a CFDA award. Balenciaga’s fortunes are looking up again. 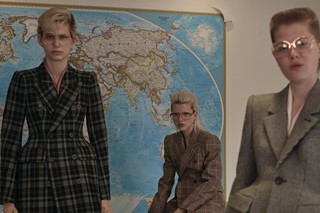 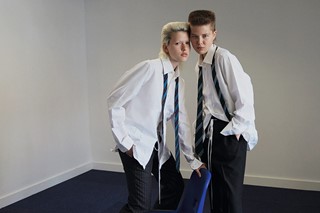 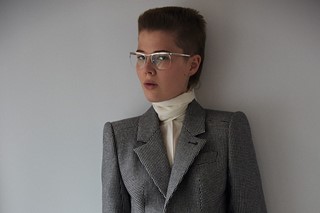 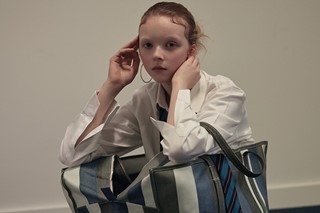 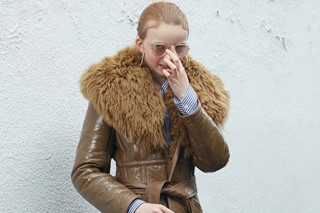 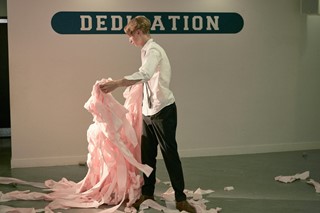