‘The Girl On The Train’ star gets shot by prolific fashion photographer, Glen Luchford, for the brand’s latest instalment of their Photo Project 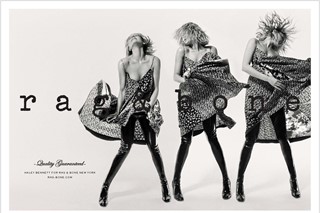 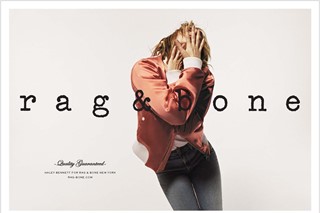 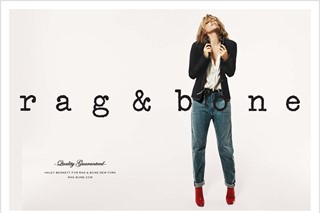 Since it first launched last year, the rag & bone Photo Project has stayed true to its intention “to create an innovative approach to seasonal fashion campaigns,” featuring a different woman who embodies the spirit of the brand each season. Joining the likes of Binx Walton before her, this time, the visuals star The Girl On The Train actress, Haley Bennett, shot here by prolific fashion photographer, Glen Luchford.

Continuing his work for the project, the esteemed photographer turned his lens on the actress who has been steadily building her CV since debuting in 2007’s Music & Lyrics with Drew Barrymore. Her recent turn as Megan Hipwell, the girl who goes missing in the adaptation of bestselling thriller, The Girl On The Train has set the tone of her more mature projects since – including her upcoming role in Thank You for Your Service, a film about war-induced PTSD set to be released later this year.

Bringing the same dedication to the set that day, rag & bone CEO Marcus Wainwright commented, “Haley was exceptional to work with – she brought an incredible creative energy, style and perseverance...she danced until her feet were swollen.” Pictured in dynamic poses against a simple white background, the focus is on the “Quality Guaranteed” nature of the New York label’s SS17 collection, brought to life by Bennett’s dynamic energy. For her, “the spirit of this rag & bone collaboration was all about movement and fluidity. Being comfortable in your skin and the clothes you’re wearing.”

Directing these movements was specially-brought-in choreographer, Stephen Galloway, who Bennett described working with as  “an incredible treat.” Improvising with an overriding sense of spontaneity, the actress said “the shoot took on a life of its own,” acknowledging that “Glen had the very difficult task of capturing that.” But, as per the seasoned pro, he managed this “beautifully,” creating a series of images with a fluidity of a film sequence.