As the designer leaves the house after 12 years at the helm, we look at his groundbreaking tenure and widespread influence 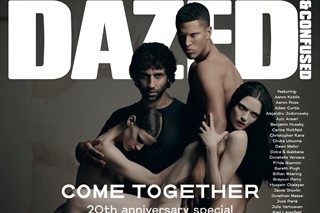 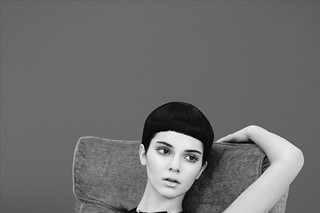 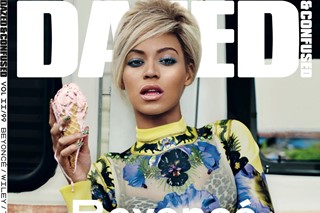 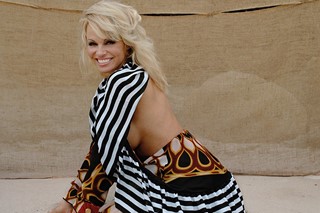 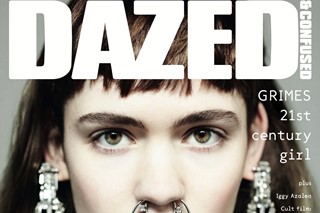 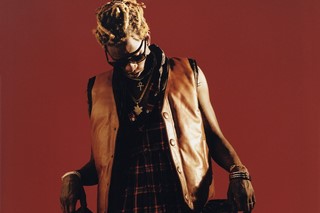 12 years is a long time in any job, but in an era of interchangeable creative directors, Riccardo Tisci’s lengthy tenure seems even more remarkable. Tisci came to Givenchy as an almost unknown – LVMH appointed him to the storied house with only one show of his own to his name (after a few years designing at Ruffo Research). Now, it’s almost impossible to imagine fashion without him, so central has he become to the dialogue around the intersections between fashion, celebrity, and subculture.

Tisci’s Givenchy has seen several incarnations. When he first arrived at the house, his aesthetic was pure goth, as epitomised by long term muse and friend, the model Mariacarla Boscono. Tisci’s first collection saw her in black, floor length, witch-y gowns, while other girls got to wear latex headpieces, intricately crafted leather jackets, and many layered tulle skirts. The designer’s preferred look, a strange and sexed up romanticism, was established from his very first outing. From there, he’s been able to play many variations on the theme, from drowned sailor goths, to tribal goths, to Catholic goths, to urban goths, to well, goth goths. It’s not like he invented the colour but, thanks in no small part to Tisci, we’ve spent another good decade in black.

“It’s not like he invented the colour but, thanks in no small part to Tisci, we’ve spent another good decade in black”

In his menswear, Tisci established just as strong an aesthetic. Leggings under shorts? That was him, whether they be elaborately laced or in ruched leather. Otherwordly facial piercings were another of his trademarks, alongside the now ubiquitous printed t-shirt. Tisci’s preoccupation with streetwear first appeared in his menswear, where he riffed on a sort of slender, high fashion hip hop look, with shorts and oversized t-shirts (that occasionally just happened to be in pink lace). What was once cutting edge now seems commonplace. Slowly this aesthetic seeped into his womenswear, with what looked like luxurious New Era caps, and sweaters that appeared each season in various guises, whether it be the instantly recognizable spliced Bambi graphic, or the snarling rottweilers and panthers. The culmination was in fact his collaboration with Nike, which sold out pretty instantly. Tisci’s men and women were always ‘fierce’, to use an outdated turn of phrase that once sounded marvelously apt.

Of course, Tisci sampled cultures left right and centre, but somehow got away with it. This is in no small part due to his fantastically diverse casting, in which, frankly, he hasn’t been bettered. He was the first to put a transgender woman in his ad-campaign, his elegant Brazilian assistant Lea T. When the runway norm is still, incredibly, to have maybe one or two models of colour per presentation, Tisci packed his shows with a diverse cast, bringing us now iconic faces such as Joan Smalls, Lakshi Menon, Jourdan Dunn, Sessilee Lopez and Imaan Hammam. Oh and Naomi Campbell occasionally thrown in for good measure. Tisci’s ongoing commitment to the diversity will surely inspire for generations (seasons?) to come.

Speaking of Naomi Campbell, his other, perhaps less thrilling legacy is the creation of the Givenchy #gang. His was the #gang that inspired every other designer and their mother to have a squad and hashtag it, no matter whether they knew their conscripted model squad members or not. To Tisci’s credit, his gang actually seemed quite rad and like they might actually be friends, bonded by their mutual notoriety. Courtney Love, Naomi Campbell, Madonna, Anohni, the aforementioned Lea T, all were drawn into Tisci’s orbit and chronicled by his faithful photographers, Mert & Marcus. His #gang (sorry) also gave us some of the most memorable red carpet moments of the last decade. Beyoncé in latex at the Met, Kim in what rather memorably looked like curtains, Rooney Mara looking icy in white at the Oscars, and Madonna looking repeatedly beautiful and terrifying – as a matador, with her ass out, in studded plaid (not to mention less divisive appearances by Jessica Chastain, Erykah Badu, Marina Abramović and Julianne Moore). Tisci brought a dose of much needed edge to the world of celebrity dressing, and thus has dominated the upper echelons of red carpet coverage.

The designer’s next move is rumoured to be to Versace, a seemingly ideal, very Italian fit – no designer has put more crucifixes or religious iconography on the runway, post-Gianni himself’s heyday. It’s also run by his dear friend Donatella, who he adores so much he put her in a Givenchy campaign. Tisci’s obsessions show no sign of abating in the collective consciousness; whether it be street wear as high fashion, greater inclusivity and diversity on the catwalk or the colour black – he’s championed the trends we have now. It’ll be exciting to see what this unstoppable force of a man does next.