The company was mired in controversy, but at its heart was a desire to produce clothing that did not harm and exploit the people who made it 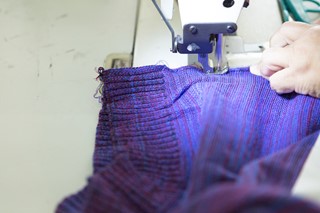 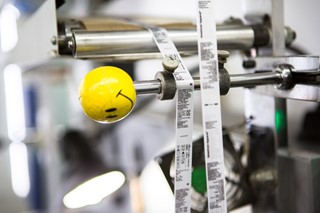 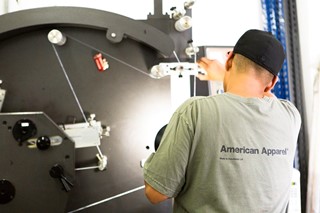 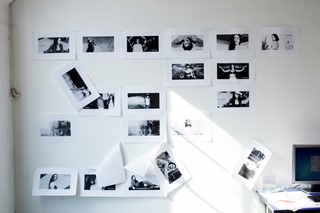 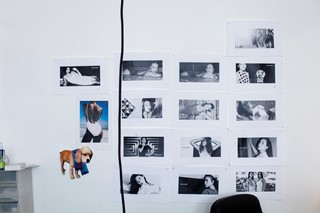 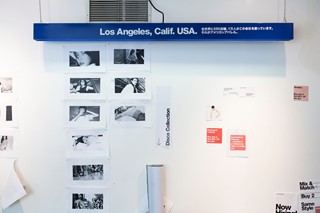 After controversial founder and CEO Dov Charney was ousted from American Apparel in 2014, there was one group who weren't happy about it: his labour force. Forming a makeshift union, the garment workers spent weeks protesting in the car park of the company's Los Angeles factory, demanding Charney’s return. Their grievance was simple: with the arrival of the new (but as of September 2015, departed) CEO Paula Schneider, they feared the good wages and conditions they had enjoyed under Charney would be history. Today, it seems they were right to be worried.

At the end of last week, after a highly-publicised bankruptcy filing and attempted restructure, the news broke that American Apparel had been sold to Gildan – the Canadian company who probably made the t-shirts most of your favourite band logos or over-hyped streetwear graphics are printed on. The sale means that all 110 US American Apparel stores will close, as will its factory, which employed around 3500 people to produce goods. American Apparel will likely not be American much longer – Gildan operates some US factories, but produces most of its clothes overseas. As The Fashion Law points out, close to 90% of their 42,000 employees “are in low-cost Caribbean and central American countries”, with the company only actually producing socks in the US. (Seems ironic, right, considering the incoming President’s focus on American manufacturing.)

AA’s future remains up in the air, but its demise as we know it is symbolic of a greater cultural trend – one where consumers would rather spend less money on clothing produced overseas by underpaid workers than spend more on goods made fairly. American Apparel, which was founded in its current form by Charney in 1997, was committed to Made in the USA, sweatshop-free production. It claimed to be biggest clothing manufacturer in North America, and boasted that its garment workers were the highest paid in the world – earning wages which could potentially exceed $30,000 a year, or just under £25,000 at today’s exchange rate. Employees also received “comprehensive healthcare and benefits”, and with a largely Latinx workforce, the company was a champion of immigration reform, fighting to change a system which it said "strips (immigrants) of their rights and dignity.” It also campaigned actively for LGBT issues, creating the famous “Legalize Gay” t-shirts and making merch which opposed the anti gay marriage bill known as Prop-8.

In a 2013 Vice podcast interview after the Rana Plaza factory collapse which killed 1,129 people, Charney lays out his company’s ethics. “We’re not relentlessly pursuing cheap wages in order to get the product made,” he says. “Fast fashion is crass and cheap, and it’s on the backs of other people.” He mentions an advert he’d seen on a bus for a high street brand retailing bikinis for $4.99: “I’m telling you, I’m an expert in the apparel industry – $4.99 doesn’t exist unless you’re screwing someone. That’s it. A $4.99 bikini? Wake up.” If fast fashion chains can’t afford to pay their workers in countries such as Bangladesh $50 a week, he says, they shouldn't be making clothing. When you consider that the founder of Spanish chain owner Inditex (which owns Zara, amongst other stores) briefly overtook Bill Gates as the richest man in the world, it’s hard to argue with him.

Of course, Charney may have been all for ethical labour practices on the factory floor, but he was also at the centre of a series of high-profile sexual harassment allegations (three of which were defeated, the remaining two settled out of court). Not forgetting the matter of the company’s adverts, which almost always saw young women's bodies as their focus and earned bans from the ASA. Charney, it should also be noted, was previously accused of blocking efforts of his staff to unionise, earning a complaint to the National Labor Relations Board.

“AA boasted that its garment workers were the highest paid in the world – earning wages which could potentially exceed $30,000 a year, or just under £25,000”

If you can put that skeeziness aside, though, what American Apparel proved was that clothing could be desirable and affordable without human suffering in its supply chain. It was the go-to option for a conscious shopper looking to pick up a bikini or hoodie and know that those who made it weren’t being “screwed”, that they weren’t on the lowest rung of a ladder of corporate greed. When you bought American Apparel goods, you knew exactly where they were coming from, knew that the people who made them had health insurance and weren’t being worked to death in an unsafe sweatshop with a minimum wage that barely scraped to £2.50 a day (as in Bangladesh).

The company’s problems were deep-rooted and multifaceted, from poor style options to unprofitable stores. But one issue is simply that once its hipster cache wore off, being ethically made just wasn’t enough for young consumers who were increasingly used to spending as little money as possible on clothing, and who could get AA-style goods elsewhere. Remember the Disco Pant craze? High waisted stretch jeans? Bodysuits? These were all trends pioneered by American Apparel, which were promptly copied by very low cost (mostly online) retailers. Why pay £75 for Disco Pants when you could pay £25? Without harming its workforce, American Apparel just couldn’t keep up. Whatever you think of Charney, that’s a shame – not for him, but for the 3500 garment workers who will bear the brunt of the business’s failure, and for the future fashion entrepreneurs who may be put off from following a similar path.