From clothes that pay homage to the many roles women play to ‘feminist’ t-shirts, Dior’s new creative director attempts to usher in a new, female-orientated era for the house 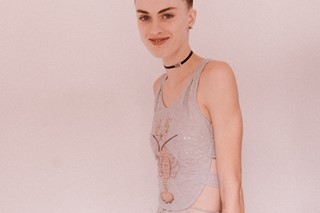 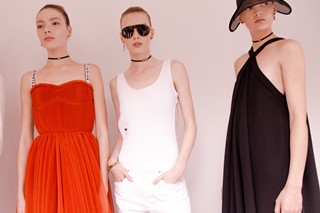 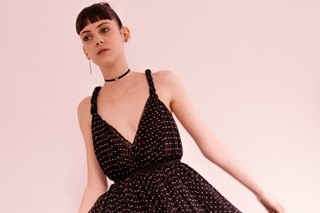 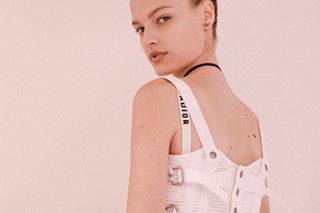 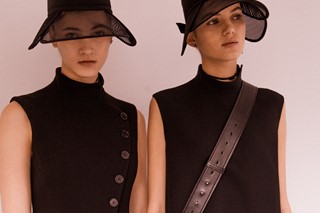 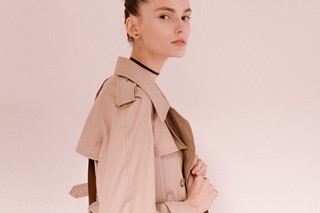 It’s impossible to overstate the significance of a woman becoming the creative director of a house like Dior. This is, after all, a house founded by a man who sculpted a woman’s body with bodices, boning, hip padding and yards of fabric in a way that redefined fashion post-war. Since his death, a succession of men ranging from Yves Saint Laurent to John Galliano and most recently Raf Simons, have taken up the mantle of this great couturier. And yet, even though Dior’s contribution to fashion is undoubtedly monumental, stringent feminists today would find some of Monsieur Dior’s thoughts problematic. To give a few examples: “My dream is to save women from nature”, “Every woman is a princess”, and “I drew women-flowers”. Do women today want to be saved by a man from their own natural beauty, and thus become princesses or flowers?

And so enter Maria Grazia Chiuri, formerly one half of the successful duo responsible for Valentino’s rise in the last few years. As Dior’s first female creative director, she was chosen by CEO Sidney Toledano because of her deep understanding of the “needs of a woman of today and tomorrow globally.” And while it’s certainly not true that men are any less capable of addressing those needs, Chiuri’s gender has been worked into the narrative of this new era of Dior. In the run-up to her debut ready-to-wear show yesterday at the Musée Rodin, Dior has been revealing Instagram stories centred around #TheWomenBehindMyDress, inviting the femmes of Dior – everyone from seamstresses to invitation calligraphers – to talk about their female role models.

Therefore when it came to the show itself, there was already an onus on Chiuri to deliver a collection that would lay a blueprint down for this new female-led Dior. In the press notes, Chiuri opens with, “I strive to be attentive and open to the world and to create fashion that resembles the women of today.” Open is the operative word here, as it ran the gamut from fencing-inspired ensembles that represented the “balance between thought and action” paired with white trainers and boxing boots, to leather bikers and conservative black coats, and finally to her familiar territory of diaphanous tulle gowns, embroidered with horoscope-derived insignia.

Killing off the notion that Dior shows need to be purely refined and strictly elegant, elastic waistbands, straps and crop top hems, branded with Dior, was also a recurring thread through the collection. You can go to the office, a party, the gym and errr… a fencing piste and you’ll have an outfit for all of those occasions. Chiuri also paid homage to the Dior designers before her – the tailoring of Gianfranco Ferré, the honeybee motif of Hedi Slimane, the amended “J’Adior” emblazoned shoes and a new take on Galliano’s Dior saddle bag – as if to properly induct herself into the house.

The show’s runaway Insta-hit thought was a t-shirt that bore the slogan “Everyone should be a feminist”, lifted from Nigerian novelist Chimamanda Ngozi Adichie’s 2013 TED talk, which was also sampled on the Beyoncé track “Flawless”, featured on the show soundtrack. Paired with a floor-length ornately beaded skirt, the message seemed to be that ultra feminine attire need not clash with feminist values. And yet, feminism is a loaded word to place cutely as a slogan on a t-shirt, especially when it will be commercialised at upwards of a few hundred euros. The bigger question is of course, why female designers, who are at the top of their game in an industry, that’s by and large full of other brilliant women, feel the need to literally spell out their missive on a t-shirt. The press notes also say, of Chiuri, that “Feminist is a recurring word for her”.

You could put this down to the magnitude of Chiuri, succeeding a creative director line-up of men at a house, that’s also in effect run by men. Time will tell whether she succeeds at the task of – in her own words – meeting a woman’s “changing needs, freed from the stereotypical categories of ‘masculine/feminine’ and ‘young/not so young’”.

“The sartorial take-away from this debut collection was clear enough. Dior, under a woman will be a different proposition precisely because she believes in the multitude of roles that a woman plays”

The sartorial take-away from this debut collection was clear enough. Dior under a woman will be a different proposition precisely because she believes in the multitude of roles that a woman plays. Her fluid approach may make for a ‘there’s-something-for-everyone’ approach that is markedly different from Galliano’s theatrical themes or Simons’ abstracted concepts. But that’s fitting for a luxury world that entices the customer with the premise that they can be everything to everyone. Dior-logo elastic-banded underwear? An embroidered tulle gown scattered with star sign motif? Trainers that can be worn on the go? Your wish is apparently Chiuri’s command at the house of Dior.