For Vetements Summercamp, the Paris fashion collective heads to a French chateau for a weekend of debauchery – here, the publishers tell us all about it 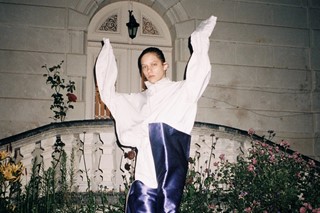 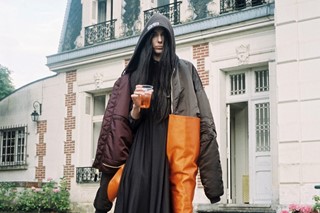 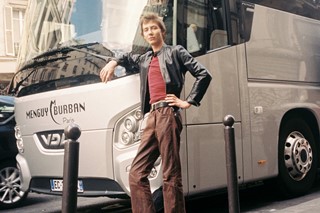 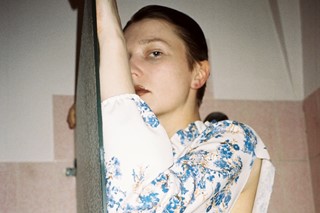 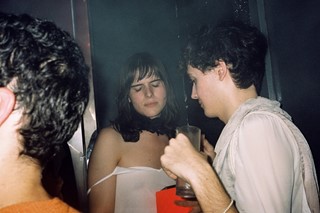 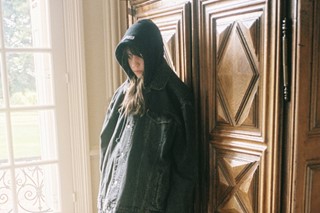 You may not know the ins and outs about IDEA, but you probably follow them on Instagram and you’re bound to have seen people carrying one of their tote bags, or else wearing one of their ‘WINONA’ t-shirts. They’ve gone from a cult book dealer with a big Instagram following to a full-on publishing powerhouse, who’ve collaborated with acclaimed photographers including Alasdair McLellan, Ari Marcopoulos, Collier Schorr, Derek Ridgers, Gosha Rubchinskiy and Willy Vanderperre. Now their latest project is just about to drop.

Following on from their Pierre-Ange Carlotti-shot Vetements book earlier this year, they’ve teamed up with the Parisian fashion collective again. Shot by Carlotti once more, Vetements Summercamp documents a weekend the collective and their friends and collaborators spent together, in a chateau in northern France. The book features their SS17 collection, which was unveiled at a show staged in Paris’s Galeries Lafayette shopping centre in June and created in collaboration with more than 18 brands including Juicy Couture, Levi’s, Manolo Blahnik and Reebok.

As well as giving you a closer look at this collection, Vetements Summercamp gives a real insight into the people and parties that make Vetements what it is. Here, alongside some exclusive excerpts, IDEA co-founders David Owen and Angela Hill spill on the makings of this book, the genius of Vetements and their own road to publishing success.

How long have you known the Vetements guys and how did you meet?

IDEA: We met Lotta (Volkova) first at a Juergen Teller exhibition opening in Paris. We wanted to do ANYTHING with her and she DJed a party we had at The ICA in December of 2015. At the party, we asked about doing a book and she was like, ‘Yeah, we have all these photos from the show we don’t know what to do with, so sure.’ A month later we had published that first book and it sold out. It was very fast and incredibly we only met Demna (Gvasalia) the day before the launch! We were at the Gosha show and were showing Charlie Porter from the FT the one copy of the book we had in our bag and Demna walked up. He hadn’t even seen it yet. A bit embarrassing!

Can you tell us a bit about this book?

IDEA: A long weekend in a French chateau + the Vetements gang + refreshments = mayhem.

How is this book different from the last?

What do you think about what Vetements are doing, and why did you think it was important to capture it in a book?

IDEA: Demna for us is the most talented designer on the planet right now – there is no other. It’s important to document this spirit, this time. It’s vital to capture the moment.

“Demna for us is the most talented designer on the planet right now – there is no other. It’s important to document this spirit, this time. It’s vital to capture the moment” – David Owen and Angela Hill of IDEA

You previously told me that you’ve ‘flipped the book world upside down with Vetements as your partners in crime’. What did you mean by this?

IDEA: IDEA is a new concept in publishing. We have skipped Amazon and bookstores generally. Vetements are a perfect partner for this as they themselves are also experimenting with supply and demand and distribution and retail. The first book was 500 copies and sold out in a day. This time Guram (Gvasalia) was very keen that any store that stocks Vetements could also order the book. So we have gone from being impossible to find to being in department stores in Chicago, Beijing and Moscow. Both are equally fun for us.

We have no strategy, no game plan… Angela literally thinks of someone whose work she loves and admires and asks them to do a book. She has the shortest attention span ever and likes things done quickly. We have turned books around (from first email request to launching the book) in two weeks! It’s always nerve-racking and exciting. We usually have to get someone else to open the first box when the books arrive from the printer as we cannot bear the tension. We are quicker than the internet sometimes! We still get requests now from websites wanting to review the first Vetements book!

What other books can we look forward to from you? (If you can tell us!)

IDEA: We can’t. Not really. We are working on books with Ari Marcopoulos and Willy Vanderperre that could both happen this year. That’s all we should say.