Interviewed by two of her biggest 13-year-old fans and shot by Rankin and Katie Grand, the girl-gen phenomenon reveals one or two things you didn’t know about her

Taken from the 25th anniversary issue of Dazed:

Between a kebab shop and a corner shop on a sleepy Sunday afternoon, the world’s most sought-after supermodel is buzzing the door at 112-116 Old Street, east London. Enter Gigi Hadid: modelling phenomenon, girl-generation icon and newest recruit at Dazed & Confused HQ. Trashing computers, photocopying her own face and tagging the lightbox with graffiti, the 21-year-old Los Angeles native spent the day making her presence felt in the office – a riotous send-off, of sorts, for the much-loved space that Dazed has called home for the last 22 years and will sadly be leaving behind for new lands this December. The shoot reunites Dazed co-founder Rankin with its first fashion director, Katie Grand, and brings Hadid together with two of her biggest fans: 13-year-old Lila Moss Hack and her best friend, Stella Jones. Here, the girls talk boyfriends, body confidence, and why you should never pretend to be something you’re not.

Naomi Osaka: ’Being unique is my strength’At just 24 she’s won four Grand Slams, lit the Olympic torch, and changed the way we talk about mental health in sport forever. Hitting back against her critics, Naomi Osaka reflects on the quest for self- worth that transcends trophies
Gigi Hadid – Autumn/Winter 20166 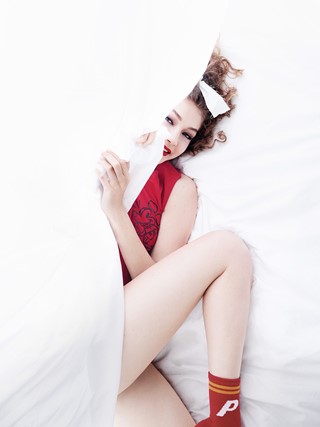 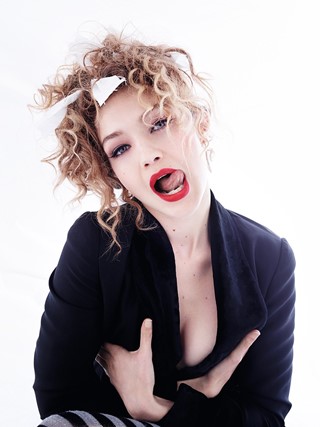 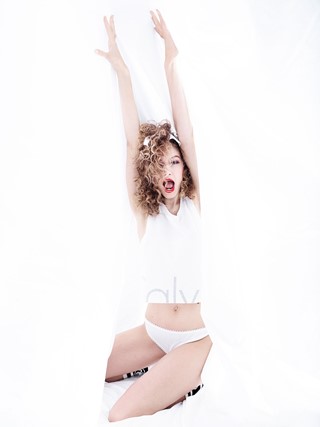 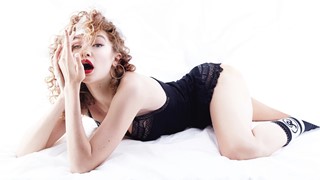 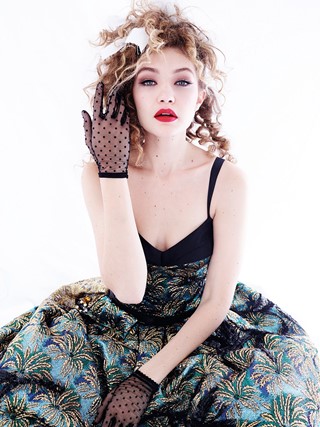 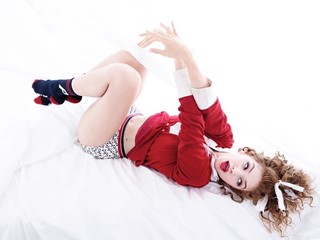 Lila Moss Hack: If you had wings, where would you fly?

Gigi Hadid: I would want really fast wings that were pretty much teleportation. If I didn’t have to go to the airport or get on a plane every day to go to work, I would definitely just fly.

Lila Moss Hack: But what if you weren’t a model? What would you do?

Gigi Hadid: When I was younger I actually wanted to be a criminal psychologist, which was really strange. We have this show called Forensic Files in the States which is not scripted, it’s all the real stuff. So that’s what I wanted to do when I was a kid, but I think that it was more about just being interested in it. That’s why I went to university (to study criminal psychology). But I like being a model, it’s a lot more fun.

“When I was younger I wanted to be a criminal psychologist... But I like being a model, it’s a lot more fun” — Gigi Hadid

Stella Jones: What was the naughtiest thing you ever got away with at high school?

GH: I don’t know if you guys have this in the UK, but we have this thing called ‘senior prank’, where in your last year of high school the entire class gets together and plans a prank. We got an old car and rebuilt it on the roof of the school in the middle of the night…

Gigi Hadid: It wasn’t just me! It was a lot of my guy friends too and a bunch of people, but, yeah, we did that. They do different things each year: one class filled the school’s tennis court with sand, and brought beach balls and chairs and had a beach party. They all showed up in their swimsuits, it was amazing!

Lila Moss Hack: How old were you when you had your first kiss?

Stella Jones: If you had to take one celebrity to a desert island, who would it be?

Gigi Hadid: Does my boyfriend count? I’d take him, yeah.

Stella Jones: What if you had a dinner party and could only invite five designers, past or present. Who would they be?

Gigi Hadid: Donatella Versace, Diane von Furstenberg, Giambattista Valli… I feel like Alexander McQueen would be really interesting. It’s hard to say, because I’m choosing based on people I love and know I’d have a good time with. One more designer? Olivier (Rousteing).

Gigi Hadid: They usually appreciate dessert, so cake and cupcakes. I also like decorating them, so that’s fun. I always cook. Since I was really young I always made the desserts every Christmas. But me and Bella usually switch, she’ll do all the normal food and I’ll do the dessert, and then we’ll switch.

“That’s where we should start: teaching models to put out a body image that they are happy and comfortable with, so that girls who relate to them know that it’s coming from a good place” — Gigi Hadid

Stella Jones: What’s the most generous thing someone has ever done for you?

Gigi Hadid: Last week Donatella texted me, asking if I was OK and if I needed anything. I was really touched by it because I know how busy she is, and I know that it takes a lot of thought and effort to remember other people in those situations, so that was really nice.

Stella Jones: What do you rock out to at karaoke?

Lila Moss Hack: Which Disney character would you be?

Lila Moss Hack: I always wanted to be a mermaid.

Gigi Hadid: I always say Ariel because I want to be a mermaid. I feel like her story is sad, but I guess they’re all a little bit sad. So, yeah, probably Ariel. Ha!

Gigi Hadid: Sleeping in, because I love sleep but I don’t like wasting the day.

Lila Moss Hack: What’s the craziest thing you’ve ever been asked to do for a shoot?

Gigi Hadid: One time – it was one of my first shoots – I was in New York, being photographed on an abandoned train that was stuck in the middle of the snow. The entire shoot was in the train the whole day. But for the last shot, they wanted me to shoot in the snow, with just a blanket covering around my shoulders. I had no shoes on, and they never even used the picture! That was three years ago and I’ve never seen it, it never came out.

Gigi Hadid: I’ve swum with sharks for a shoot before, but the snow was (more) painful. That burned!

Stella Jones: Some magazines Photoshop your moles out, does that bother you?

Gigi Hadid: I love them. If it was my choice, I would keep them, but I understand that it’s my job to let the creative directors do what they think is right.

Lila Moss Hack: Why do you think it’s important to have different body types in the fashion industry?

Gigi Hadid: Because I think that, more than teaching what body types are correct, it’s important to teach that we are putting models out there who are confident in their own bodies. I think that’s where we should start: teaching models to put out a body image that they are happy and comfortable with, so that girls who relate to them know that it’s coming from a good place.

Stella Jones: What are your views on plastic surgery?

Gigi Hadid: I think that, for health reasons that I’ve learned about, and through seeing other people’s experiences with it over the years, I would personally not do it. But it’s anyone’s decision to do what they want.

Lila Moss Hack: Do you ever feel a certain responsibility to be a spokesperson for your teen-girl fans? What are some of the issues that arise?

Gigi Hadid: I think the most important thing is for people to just be genuine, and not pretend to be someone that they’re not. Because the people that look up to them want to know that the person they are asking for advice from is genuinely living those things, and knows the right way to guide them.

Gigi Hadid: I found out online that I was going through a break-up, which wasn’t true… so that was pretty funny.