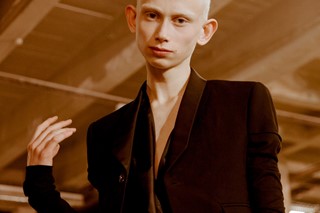 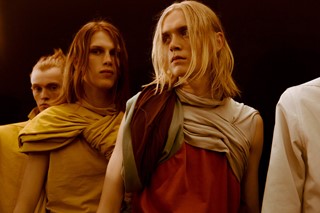 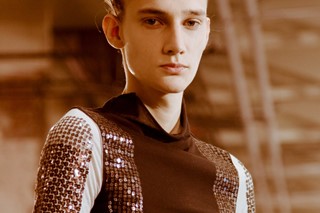 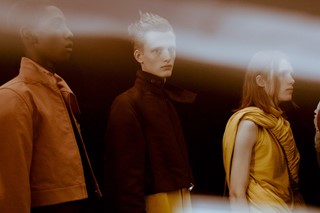 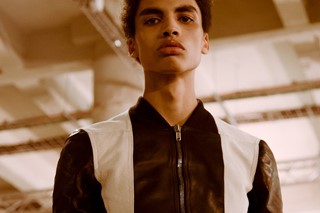 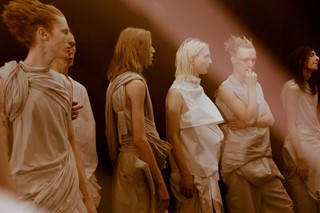 When you think of what you might expect to find on Rick Owens’ iPod, Neil Young probably wouldn’t be your first bet – this is, after all, fashion’s reigning prince of darkness. But it was one of Young’s songs – “After the Goldrush” – that the Californian came across by chance and chose to accompany his SS17 menswear show today in Paris, its heartfelt acoustics a moving contrast to last season's bone-vibrating techno.

The song’s lyrics deal with the idea of environmental destruction, and while for AW16 Owens considered the apocalyptic, it was the idea of a changing world that inspired him this season. “I’m thinking about that a lot, thinking about the challenges that the world is facing, and how people deal with changes,” he shared backstage.

“You can put up a defensive facade – which is great, and I’ve done that, we all do that, and that can be totally fine. But this season, I thought I wanted to do something more gentle.” Gentle is the right word – the collection felt vulnerable, with models descending the stairs to the runway in oversized trousers of pale grey fabric, with sequins arranged on arms and shoulders like armour. Materials were transformative, swathing the body and varying in translucencies; tops and jackets were tight whilst trousers billowed.

On the show’s invitation, a holographic man transformed into a walrus, a creature Owens said was inspirational because of the way it appears prehistoric, yet exists in the present. There were (thankfully) no tusks this season, but that idea of transformation was certainly there – “These clothes are twisting, distorting the body, they’re changing into something else,” the designer said. Of course, not everyone will get it. “If I were a bitchy queen – and I am a bitchy queen – looking at somebody’s collection, I’d go okay, summarise it in two words: big pants,” he admitted with self-awareness. But contained within that silhouette was a fragility, a beauty and a tribute to the very human power to change and adapt.