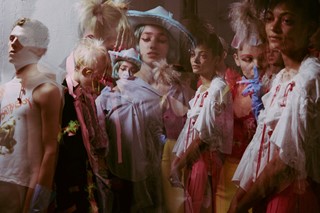 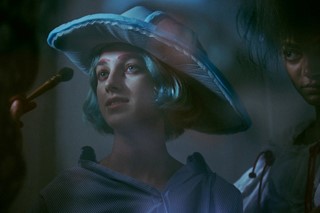 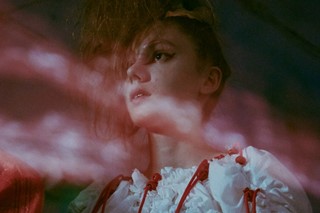 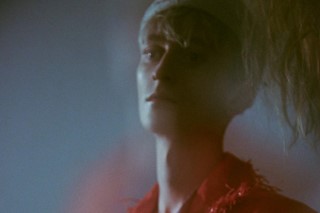 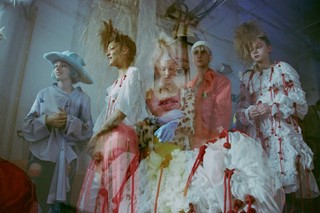 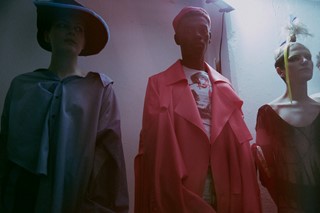 The last time I went to a Meadham Kirchhoff show, I cried. It was 2014 and I was in a Soho basement, which had been draped with ephemeral fabrics and bloodied tampons, filled with the familiar scent of Tralala: the perfume that they created with Penhaligon that same year, the aroma that came to encompass the cloying sweetness and potent power that the brand maintained throughout its existence.

On each of our seats was a photocopied zine, instructing us all to “reject everything” and neatly arranging both Edward Meadham and Ben Kirchhoff’s loves and hates (love: Viv Albertine, hate: LVMH) into parallel, hand-written columns. It was all the theatre, politics and provocation that had established the creative duo as two of London’s most beloved fashion figureheads – and that’s before the latex, BodyMap-meets-Westwood clothes arrived on the runway to the sounds of Ru Paul and Marilyn Manson.

I was sitting in the buyers section and plenty of the people around me were aghast (“what can I possibly put in the shop from that?” asked the woman I sat next to) but that’s what made it so special: it was clearly created from the heart, rather than off the back of a business plan. That love, and passion, and anger was tangible; their frustration with the state of the fashion system, the political system, the class system: all of it was challenged and condemned and spat on in the way that it so often needs to be – but within the framework of complete and brutal beauty, of intricate embroidery and embellishment and cutting.

“We did not calculate any of what Meadham Kirchhoff became,” reflected Benjamin Kirchhoff earlier today – but what it did for the London fashion scene is too broad to be summated in a news piece. Rest assured, the DIY spirit and diversity now appearing on our runways would not have arrived without them and they were unabashedly, unashamedly and unrestrainedly brilliant. As Meadham said after that SS15 show, “There’s no such thing as freedom,” but they were the closest thing to it.

“We want these clothes to live beyond the context of a personal wardrobe; we always wanted Meadham Kirchhoff clothes to be seen, not something to just have and never wear” – Benjamin Kirchhoff

Over the past year, the brand has stopped making clothes. Following a turbulent period, the two designers were forced from their studio and had their archive confiscated by the subsequent occupier. All legal disputes aside (the past 12 months have been somewhat riddled with them), what this means is that the Meadham Kirchhoff archive – the disturbingly glamourous pieces from the gothic early years, the Riot Grrrl bodysuits from the later ones, and all those fabulous bits in between – have vanished. Now, curator Shonagh Marshall has worked with them to select around 50 pieces that will become an archive to be donated to museums, but they have been priced at £15,000: a figure that the duo are trying to raise through a GoFundMe campaign so that they can buy back 12 years of work.

“We had an impact on culture and on British and international fashion,” says Kirchhoff. “And we want these clothes to live beyond the context of a personal wardrobe; we always wanted Meadham Kirchhoff clothes to be seen, not something to just have and never wear.” It might have been priced too high, turned into a product of the capitalist society that the pieces themselves rail against, but the money needs to be raised.

“We have hand picked a selection of key items from our most impactful collections,” he says. “We included what we see as key elements of Meadham Kirchhoff aesthetics: complex pattern making, old-fashioned embellishments and intricate detailing.” In honour of preserving London’s fashion history and marking their creative legacy, it must happen. Donate here.